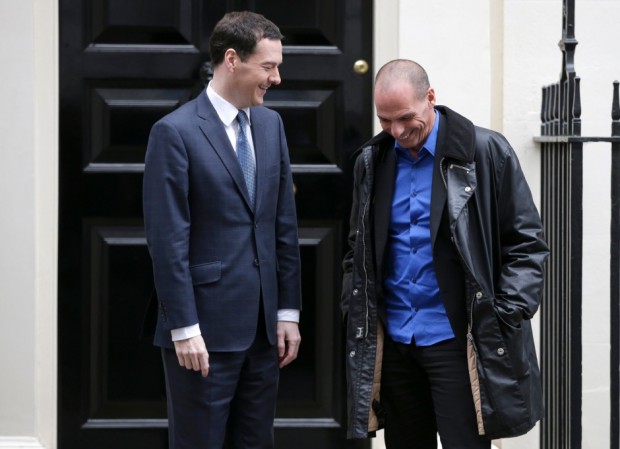 I had this idea of this column for quite some time now, but today is the right day for it. Greek Finance Minister, Yanis Varoufakis met today with British Chancellor George Osborne and even when the finances of Europe are on fire and even if it’s been a busy week since the formation of the new greek government of Syriza, there is more interest into what Varoufakis chose to wear.

Already last week, after the elections and the victory of Tsipras, Vogue had an issue on what the First Lady of Greece should wear. Seriously guys?

It all started when we were kids. When we’ve been told the story of Cinderella who could only meet her prince after an extreme makeover, gift from her fairy godmother. Soaked in our minds for ages and biting the subconscious, we learnt to follow dress codes, dress up for parties and judging others by their looks.

Then it’s a matter of time. We grow up and we follow the trends, as there is no choice to avoid them. Fashion icons are jumping out of the well of the fashion industry and we become our wannabe dreams. Unintentionally, even.

Whether that’s good or not, that’s how it is and how we lead our lives. Jean-Paul Gaultier once said ‘Fashion is about what you look like, which translates to what you would like to be like’. How to beat that fact? We send messages through the way we dress.

Would you trust a surgeon with no surgical clothes? Would you like that your lawyer is dressed like a skater boy at the court? At the same time, can you prove that he cannot make it, because he has a ‘different’ style?

Let’s face it: the era we live in is defined by the image. Photos everywhere, bombarding us every single second. Our timelines on social media are mainly indicating us a lifestyle that chooses to show things. Show our new car, pants, coffee mug, boyfriend/girlfriend. We are happy, we are sad, we work, we are sick.

All that I am trying to say is that the tons of information we get 24/7 is constantly changing our standards. With the same amount of money to spend at a fancy restaurant, the guy with the hoodie might sit next to the toilet (is he allowed to get in, anyway?) and the guy with the tux might be about to have the experience of the best service ever.

Now journalists can make fun of the Minister, who according to them doesn’t follow the protocol. Go ahead and come up with bitter jokes. Does a tie make you a better negotiator? If so, our lives should get way easier.

Theophilus London said ‘the clothes don’t make the man, it’s the man that makes the clothes’ and hopefully that’s something we all know. So why to be so vain and shallow?

In this column everyone has their own space. Everyone can share their own views and thoughts. In this column we will talk about how the way we dress influences what people think about us. I bet you’ll be surprised.

Feel free to contact us to take part in this! Don’t be shy!