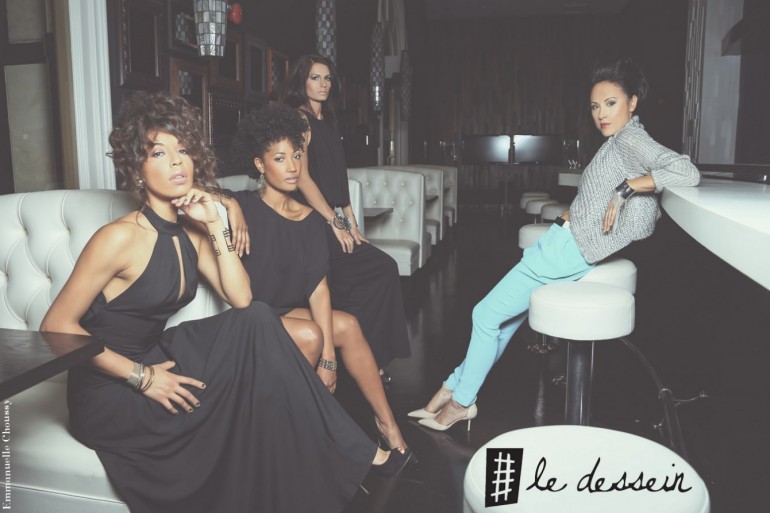 I am not a journalist. In fact, I have nothing to do with fashion apart from my love to turn the pages of glossy magazines. When I was onboarded by the NOTHING BUT HOPE AND PASSION *crew* to build up the fashion segment (from the scratch), I only knew that we should only spotlight people with a vision, good doers, activists. I would never imagine how many inspirational people I was about to meet. Today’s interview is with Eric Coly, founder of the fashion brand Le Dessein . The idea of it was inspired by his mother and his journey is led by his will to fight for a better and more equitable world. I think we just met with another NOTHING BUT HOPE AND PASSION Ambassador – see for yourselves!

Present yourself: give us a short run through your life.

I originate from Senegal in West Africa and moved to the US to attend college. I never questioned the origins of my ambitions then; I knew they would satisfy my family’s wishes and would also afford the type of ego and status a career in Finance would offer. 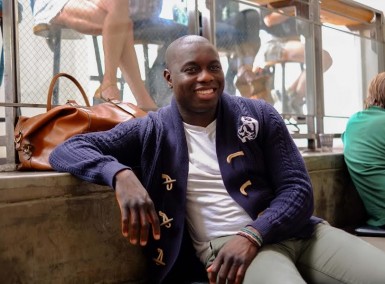 After 10 years in it, a strong sense of loss and frustration enabled the rise in me of what I call a ‘second life’, manifested somewhat ‘selfishly’ for the first time by what made me really happy – devoid of any outside familial, social or cultural influence. And that second life means being of service. It means a career based on addressing important social causes through the use of fashion.

What does Le Dessein mean to you in three words?

Le Dessein has a really important mission and that’s to help the Liberian girls take their life into their own hands. Before we talk about the mission itself, why did you decide to fight for that through fashion?

The process was actually the reverse. I knew I wanted to get into fashion but I was convinced that this new fashion career of mine needed to be paired with something I deeply cared for – something I had a profound emotional attachment with – something whose impact affected my existence. And that thing was education – education in my family’s lineage. More precisely, the way education had totally deviated my grandmother and mother’s life from its commonly predicted trajectory – hence exposing it to numerous opportunities I have benefited from until this day. Indeed my grandmother had attended college in the 1920’s, while her last child (out of 9), my mother attended college in France.
Hence, Le Dessein, which means a Project in French, has the mission of empowering young girls in the Developing World through art. Recognizing that Education is an extremely important tool susceptible to affect one’s self-esteem, we built a business model inspired by it and based on having our young girls participate in art activities by drawing sketches they found inspiring. We then embroidered those very same designs on our own fashion. Our commitment is to contribute 25% of our profits to contribute to their yearly school tuition. Self-esteem almost always requires self-involvement – hence we made sure that our girls would be intimately involved in a critical part of this whole effort.

All the garments come with Artwork from the girls. I had a sneak peek and I have to admit that I was stunned by the beauty! Would you like to tell us about your collaboration with More Than Me? 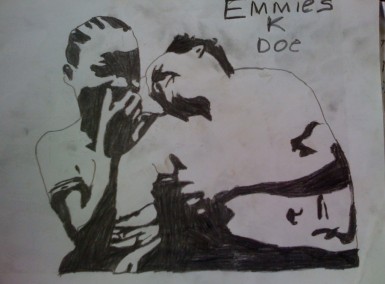 More Than Me is a foundation located in Monrovia (Liberia) that offers hope and a chance for a brighter future for some young girls that otherwise would have faced a world with very limited options. What makes it special is its success in getting girls off the street, where prostitution is not an uncommon means of survival. They are currently working with over a 100 girls. Its fierce leader, Katie Meyler is the passion, the force, and the vision behind this foundation. From reciting poems to strangers about her girls in the streets in NYC to staying up four nights straight to win a Chase Bank contest for non-profits (which they won – $1M), Katie injects a vibrant life into this foundation. She was recently named one of Time Magazine 100 people. What Le Dessein tries to do is not only shed the light on the conditions of underprivileged girls around the world vis a vis education needs, but also offers an ancillary layer of revenues through our fashion endeavor.

We recently teamed up with an organization called ONE for a campaign that’s called Poverty is Sexist. Although I found the title of that project a little unfortunate, it’s true that if you’re the masculine archetype, you’re more likely to live a better life, than a woman, a gay, a lesbian or a transgender person. What’s important is that more and more people like you are raising their voices to call people to action. What I’d like to ask is if you’ve encountered obstacles on your way to raise awareness and if yes what kind of obstacles were those?

The obstacles I have faced presumably have also been shared by other individuals in this space. I happen to work in what is defined at the ethical fashion industry or socially responsible industry – which is ostensibly still in its very early stages. The challenges essentially stem from being advocates of a movement, more precisely (for us) a product that is claimed to bring about great social benefits. Although our conviction and passion are the forces behind what we stand for, our goal is to educate a large consumer base previously largely obviously to this industry – a task I am personally honored to serve.

What does Le Dessein keep in store for the near future?

Our plans for the near future are to focus on a brand new unisex shoe line we are coming out with – as well as keep on focusing on our new jewelry line we recently came out with. Last we are looking at joining stores on the East coast for the very first time sometime early next year.

Where do you see yourself in five years?

The future plans for Le Dessein are about focusing on having a global footprint. We are currently doing work in Liberia, and will be doing work in Haiti towards the end of the year. We would like to have a presence in each continent where we could potentially fill a need.

We also plan on having a full line involving men’s in addition to a shoe line which we are currently in the process of creating. Last and as equally important, we’d like to start creating local economies where we do work. This would be achieved by our girls’ mothers help us manufacture and produce our jewelry line. In other words, while our girls’ designing efforts would afford their own education, we would work with their own mothers by first training them, then have them produce our entire jewelry line. Eventually we would also like to have our entire line produced and manufactured in the countries we are doing work in.

‘If I were to be qualified enough to give advice to the women of these days, it would be this: do not let your foot off the pedal! Under no circumstances!’

What’s your advice to the women of these days?

If I were to be qualified enough to give advice to the women of these days, it would be this: do not let your foot off the pedal! Under no circumstances!

In the Western world, some real progress has been made on all fronts, ranging from women’s presence in the boardrooms, judiciary seats, down to other major aspects of life. But more importantly this battle taking place is actually attentively being listened to and watched by the Developing World. This battle is not at all “Western Centric.” Every aspect of it is being mirrored and modeled after by a slew of women from Africa, Asia, and Latin America. Thus it is supremely important for women to know that there is actually a much greater sense unity than there actually seems to be. I am a clear product of it through the Westernization of my grandmother and my own mother vis a vis education. Yes, there are current factions with archaic and obsolete views whose actions are trying to impede this progress, but things are definitely moving forward, and the forces moving it are gaining more strength and conviction day after day.

Our magazine is called NOTHING BUT HOPE AND PASSION and our theme question is ‘what does that sentence mean to you’. Since it’s more than clear to me that you’re having large amounts of hope and passion in your heart, I’d like to ask you, what the world would be without hope and passion?

Without hope and passion, there would likely be no innovation, no revolution, and most likely reduced survival instincts – the source of life. In the context of this conversation, hope and passion are two highly critical elements that keep an idea, a concept, and life going. They feed off each other euphemistically in the form of an engine where Hope plays the part of a car and Passion, the part of fuel. It is when one has reached the lowest point of their life in trying to turn an idea into a successful product that passion provides the required amount of energy while hope acts as a guide through it all. 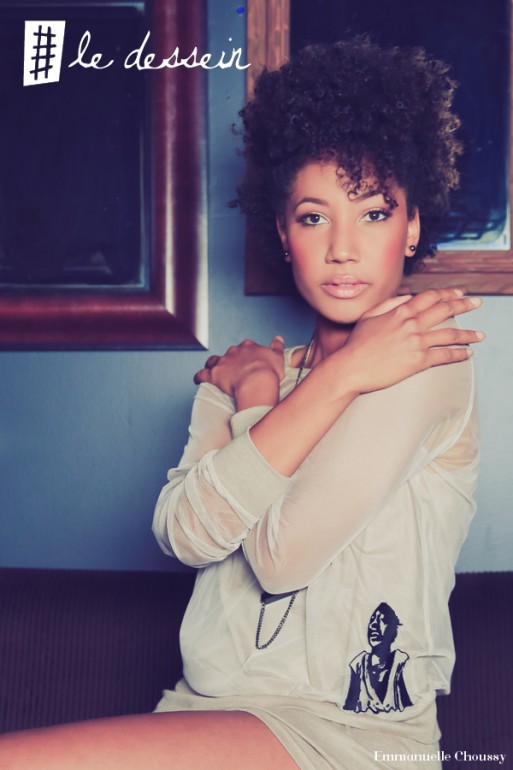 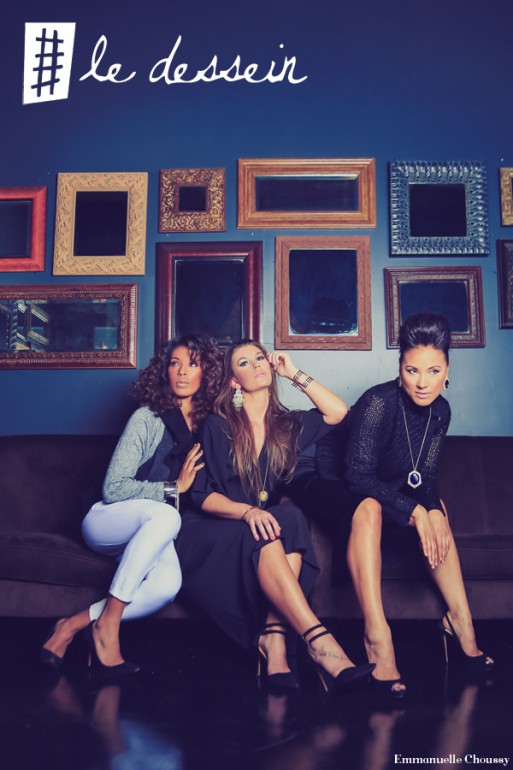 —
All photos courtesy of Le Dessein