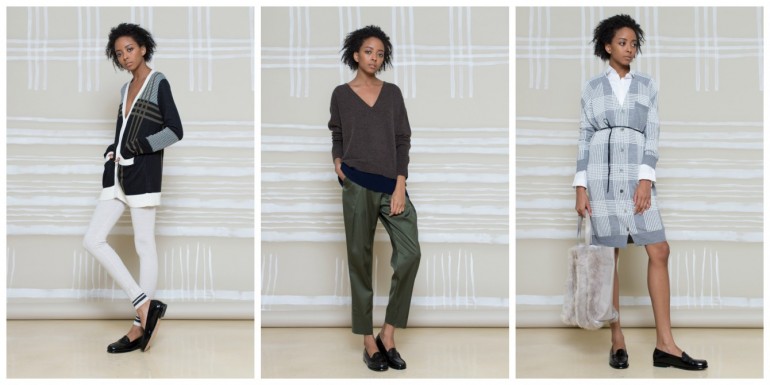 M.PATMOS is a ready-to-wear label from New York. Behind it stands Marcia with whom we had the chance to talk with about her (really impressive) background and views on the fashion industry.

While I was styling this post with the photos and after have read the interview again, I realized that the “modern classic” description that she gave to her designing style is also fitting to her. She’s an old soul with a youthful outlook towards life. It’s really rare to talk with someone that’s one hundred percent represented by their work. It was a pleasure to find out that Marcia is one of the ones who’ve heard their call in life and they didn’t turn around. Marcia, you’re an inspiration!

Give us a short run through your life. 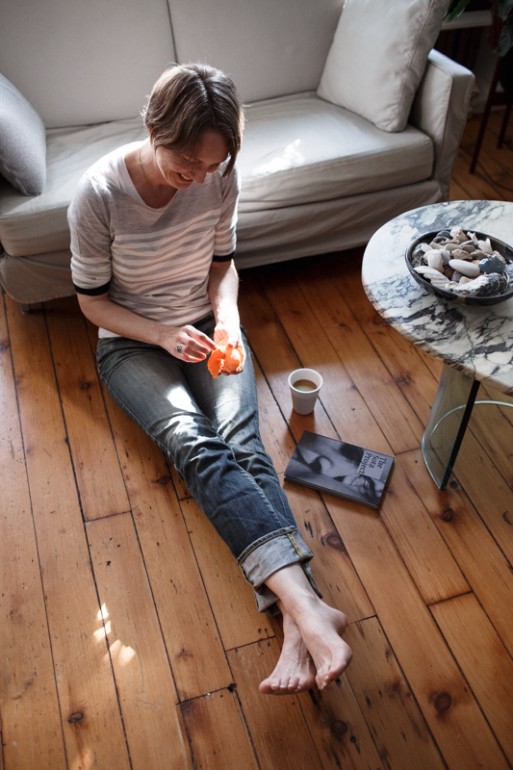 I was born as Ann Arbor, Michigan, Marcia Karen Segur. I’ve lived in Michigan, Queens, Pennsylvania and Connecticut. After I got adopted by my aunt and my uncle, I changed my last name to Patmos which was my birth mother’s maiden name. I grew up in Schenectady, NY. My (adopted) dad (uncle) was working for General Electric. There’re anyway only two employers to bring people to that place – General Electric and Union College. Later on, I attended the Rhode Island School of Design. I studied Apparel Design. I moved to New York City three days after my graduation. I’m in Brooklyn since 1991! I’ve worked in fashion since I moved here. After have worked at large companies and been active as a freelance consultant, I decided to venture out and found Lutz & Patmos. Lutz & Patmos had a ten year run and after it I founded M.Patmos that’s successfully running for four years now. Almost three years ago, I got married to a fellow entrepreneur, so we have an eclectically scheduled life together.

When did you decide to work in fashion?

It just kind of happened. I grew up making things my whole life as long as I can remember. That’s just all I did. My grandmother was always sewing, knitting or embroidering. She taught me how to do it. My engineer dad spent his weekends in the garage and basement tinkering around on projects. He taught my brothers and me how to make things. We had special areas in the workshop for our little projects that he would help us with. Usually woodworking or leather. We also did gardening. He gave us a kid’s section of the garden that was our own and we had to help him with the bigger part. He grew everything back there. We also had an apple tree we had to help take care of.

At the age when you have to apply to college and after have grown up upstate and a little less surrounded by options, I had two ideas of what I wanted to do. It was either Art School or Medical School. I think I could have done equally well to both. If I was a doctor, I would have thrown myself into it in the same way I threw myself into Art/Fashion. Instead, though, I applied via Early Decision to RISD and I got accepted. And that was it.

What a name for a grandpa inspired cardigan! That’s cool. What is it that inspires you, Marcia?

EVERYTHING. The nature, the people, art and design, construction sites. New York and other cities- I am fascinated by the layers that happen.

What means eco-fashion in 2015? What does it practically mean for a brand to be ‘eco’?

Eco Fashion is an evolving and mixed message. The idea has for sure grown in the last several years, which is great. I think that’s really important.

It’s also such a large subject with many facets to discuss. Some are not exactly ecological, but more human (sustainable resources, less global impact, organic, artisan made, fair trade and more). It is great that larger companies with a greater impact on the public are taking a stand. Those companies are anyway using more materials and have more workers!

It’s good in so many ways – H&M, NIKE, PATAGONIA (who has always been the front-runner), LEVI’S are among the ones that are doing larger initiatives like waterless denim production or recycled sneaker soles.

It’s easier for a small artisan to be ‘eco’, because they can do a lot without electricity and by using local materials. It is the scaling up that makes it more difficult as it’s coming with a price.

These are things that we tend to ignore – we’re often blaming the mainstream brands for being cruel while forgetting that they have extremely high costs. Speaking of the devil (pun intended), would you collaborate with someone major who addresses to the masses?

Yes. In fact, I have been doing a great collaboration with Club Monaco Women’s (usually placed in the Cashmere shop) for the past several years. Our fourth collection together is about to hit the stores.

It’s a great way to reach more people with your brand and it is fun to collaborate with others, especially when your aesthetics and ideas match up. It’s also a great learning experience for so many reasons and a great way to test other markets.

Apart from your up & coming collection with Club Monaco, are there any future plans that you can share with us?

I am working on a few new projects. One of them is really fun and involves home and lifestyle items. I am also getting requests for men’s items. I love working on men’s collections. That’s brewing in my mind right now.

Where do you see M.PATMOS in – let’s say – five years?

I see M.PATMOS as a lifestyle brand. I see a store with women’s clothing, home items and a men’s section. I will also have a larger presence outside of the US. There is a nice following in Asia that’s growing and we’re starting to branch out in the rest of the world.

Keep it simple, stay focused, eat healthy and exercise! You need to be healthy to be strong and at your best.

Since we started as a music magazine, I’d like to ask you if you see a connection between fashion and music? (We do, by the way)

Definitely. Music has for sure an influence on fashion. Both street and runway fashion are influenced by music performers /icons. But also by different tribes that form around different music styles. There is also a connection between fashion and art/design/architecture.

Last question for you, Marcia. What’s the role of hope and passion in your life?

I always hope for progress and it keeps on happening. The world is changing every day and slowly. SO many things evolve and get better. It helps to have more people trying to make the same thing happen. Gay marriage being approved by the US Supreme Court is my current example. Or the fact that, now, there are test compost containers in Brooklyn. I am passionate about incorporating what I like into what I do. It’s the only way for me to go on, as my line takes up a great deal of my time. It helps to love what you do – it’s the only way you can find inspiration for it. 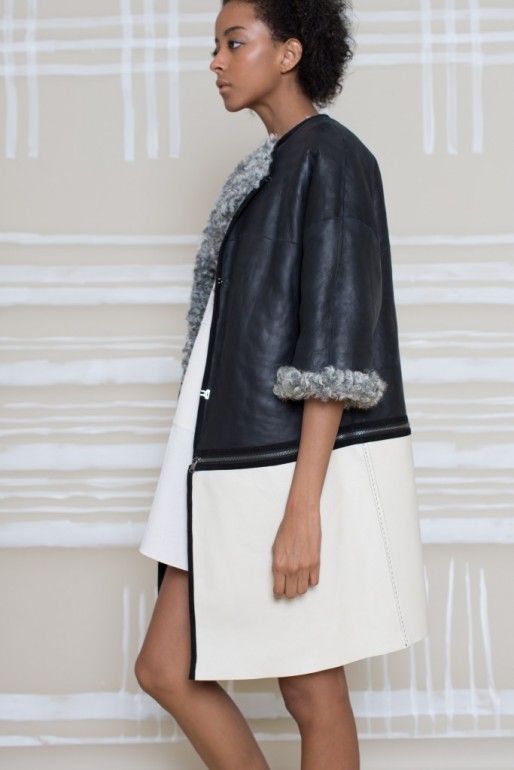 —
All photos courtesy of M.PATMOS.