Interview with: Sevenly – T-shirts for a heavenly world 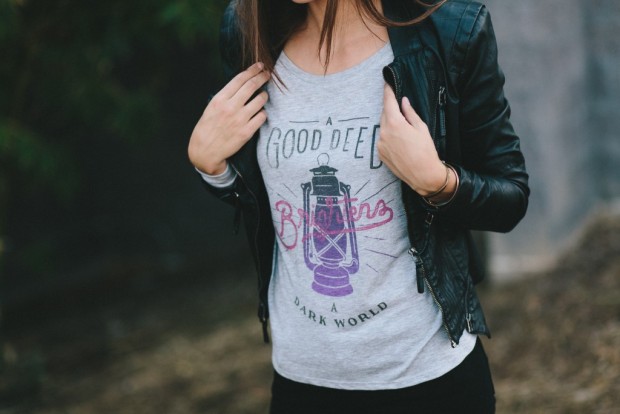 When I bumped into Sevenly, I got completely blown away. Statement T-shirts are never out-of-date, but when you can combine what you’d anyway buy with a contribution to the ones who are in need it’s great. That’s what I call a good buy.

Every week, Sevenly has a new featured campaign. They have an omnipresent clock that’s counting down the time that’s left till the mission is over. For example, this week’s campaign is ‘The First Book’. 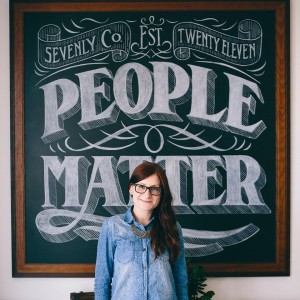 I had the chance to get some inside information from Doris Neufeld, the Social Media Manager of Sevenly. What’s their philosophy? How do they pick the charities they spotlight? Read below and find out more about them.

How did Sevenly start?

Sevenly was founded in June 2011, when a few friends had a conversation about poverty, giving and charities. Many people want to help, but it’s hard for the charities to reach them. They realized that hundreds of worthy organizations were closing their doors every year, as they were lacking of fundings and awareness. With their knowledge in digital media (Social Media/Facebook), they decided to start a movement. Their dream was to lead a generation towards generosity, to make giving easier and more fun. The dream soon took a shape. What started as a Facebook page is now a global community of committed world changers who are coming together to make a difference in this world.

Sevenly is a word play of ‘heavenly,’ which we interpret as a ‘world without need.’ Combined with the numeral 7, it defines what were are working towards and how we are trying to achieve this new tomorrow. 7-day featured campaigns with $7 donations – Sevenly! 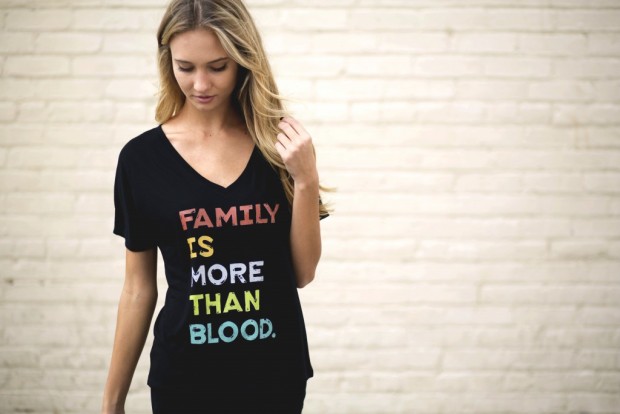 For some a week is not enough, but that’s the time you need to do good. You manage to raise money for each project that you support. The clock of the campaign is ticking on your website. Why did you choose to tighten up the period of each campaign in one week time? Wouldn’t it be easier for you if you stretched the time?

Good question! Our mission is to raise funding and awareness for the world’s greatest causes. We often hear from charities after they were featured on Sevenly that they are very grateful for the donations, but also, that they are grateful for the awareness that we got to raise for them. With that being said, a 7-day campaign that highlights one charity allows us to introduce up to 52 different organizations to our audience in one year. Each Sevenly world changer has their favorite charity or cause, but they always appreciate getting to know new organizations and learning about new charities and how they are doing good around the world.

Recently, we actually wondered the exact same thing that you were asking – wouldn’t we be able to raise MORE funding and awareness for charities if we made the cause apparel available for an extended period? To make that a reality, we introduced ongoing collections that give supporters the opportunity to purchase from & support charities beyond the 7-day campaigns. Each week is still dedicated to a particular ‘featured charity’, but ongoing collections allow us to support our charity partners on an ongoing basis, and it allows our world changers to support their favorite cause and purchase their favorite design whenever they want.

How do you choose your missions?

There are a few different factors that play into the selection process. Our charity department receives a lot of applications each week, and trust me, we wish we could feature every single one of them! Since we operate mostly on Social Media, we always encourage charities to have an online presence. Our supporters love to follow up with organizations after the 7-day campaign to track their progress and see what their donation accomplished.

We aim to always address to a great need, but we also want to help right here, in our neighborhoods. That’s why, in a given year, you will find many different organizations featured on Sevenly.org. From big charities that most people know, like the American Foundation for Suicide Prevention, to little organizations that are operated by a husband-and-wife team, like Hayden’s Heart. 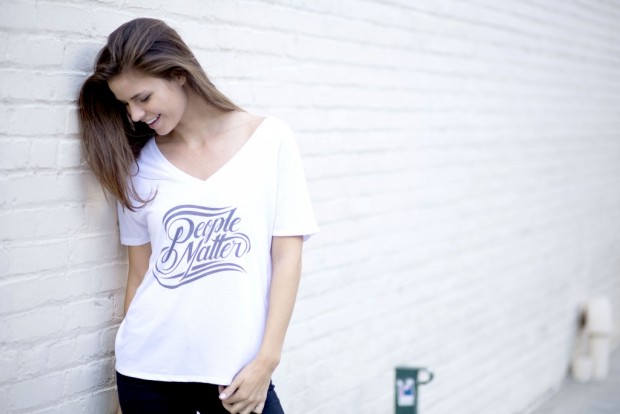 Have you ever partnered up with other organizations similar to yours?

Yes, we collaborate with other give-back, do-good brands, every now and then. We truly believe that together we can have a bigger impact. We have partnered with The Giving Keys, Krochet Kids intl., Sackcloth & Ashes, 31Bits, TOMS, and others, for different kinds of projects and initiatives. Also, check the CAUSEBOX by Sevenly. It’s our quarterly subscription box that features several socially conscious lifestyle items from different brands – each of them giving back and changing the world in their own way. 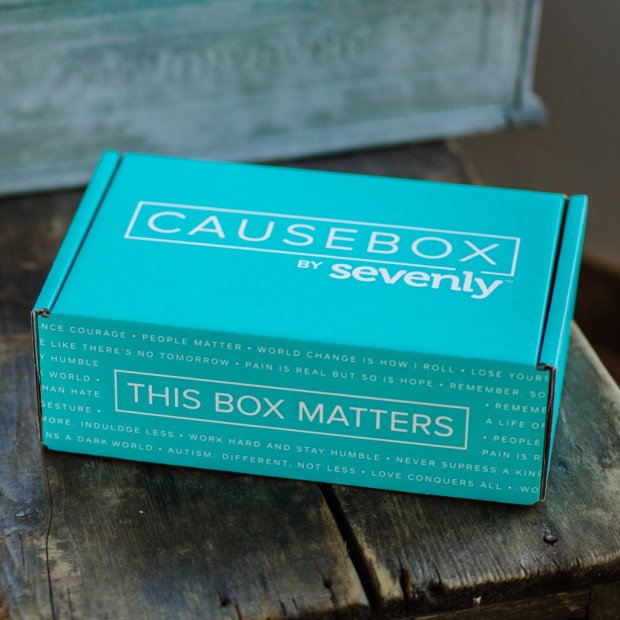 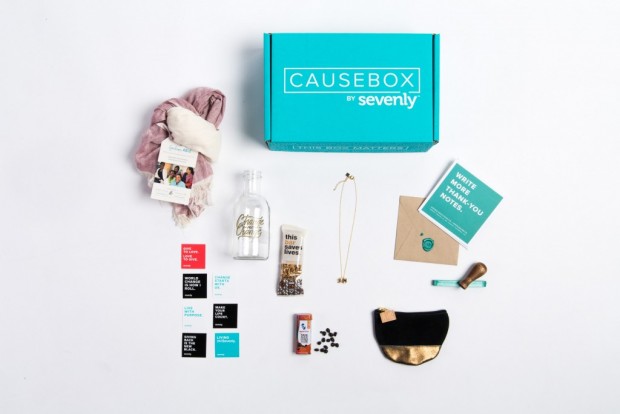 Who designs the T-shirts and the accessories?

We have a few in-house designers as well as freelance artists. After our team brainstorms ideas for a featured collection, they sit down and sketch. Most of Sevenly designs start off as sketches on a piece of paper. Then they get digitalized and put on apparel. Our accessories are mostly collaborations and/or items of brands that we chose because they make a difference.

Sevenly on TV? Would you like to talk to us about the ‘7 Days Of Change’ project?

I would have to get more information from different departments on this, but so far our ‘7 Days of Change’ project has not been picked up by any station yet.

Okay, here, at NOTHING BUT HOPE AND PASSION, we cross our fingers that it happens. What are your future plans for your enterprise?

We will continue to raise awareness and fundings for charities and causes. We will keep on working hard to lead a generation towards generosity. We have a few exciting initiatives in the works. I cannot tell you more, but we hope that they will inspire people to participate in making this world a better place.

Last but not least. What do ‘Hope’ and ‘Passion’ mean to you?

Every day we come to the world change headquarter with exactly that: Hope and Passion. I believe that I speak for everyone who is part of the Sevenly team when I say that. We all have the hope that every day we can make small step towards a better tomorrow. We all have an incredible passion for helping others and shining a light on all the amazing charities who are out there, impacting lives with their programs. 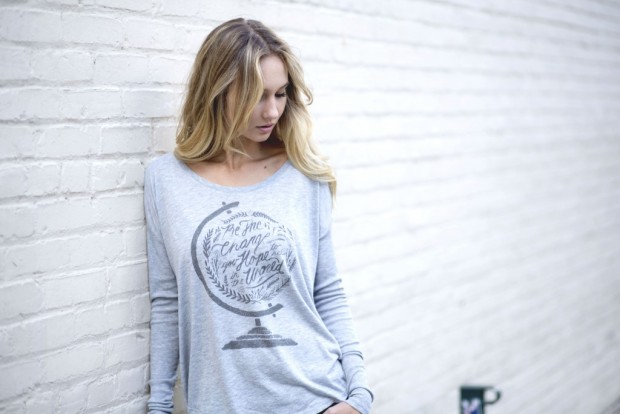 ––
All photos, courtesy of Sevenly