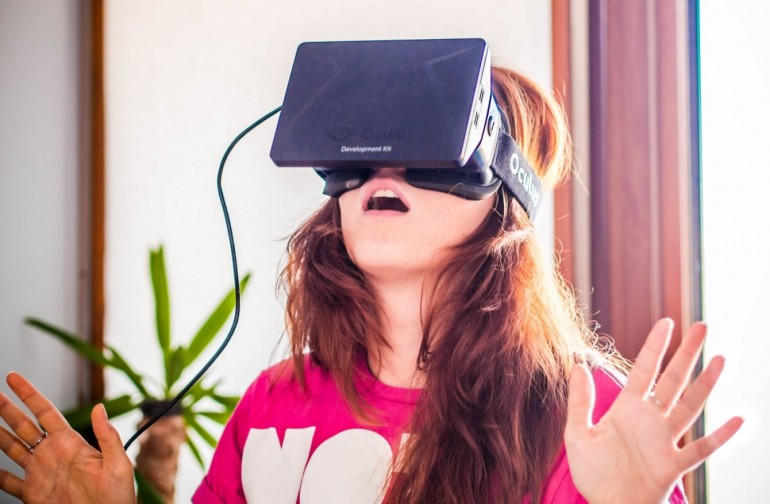 Is that how the future concert visitor will look like? Photo by Sergey Galyonkin (CC BY-SA 2.0)

Is 2016 the year when Virtual Reality finally breaks the mainstream? Many tech experts think so and it was just a matter of time before the music industry jumps on board as well. The big players are the first to join the new trend. As Music Business Worldwide reports, Universal Music Group (UMG) has partnered with US radio and events big player iHeartMedia to create a series of VR music experiences that are aiming to ‘connect artists, music fans and brands and sponsors’. According to the report UMG plans full shows from four of their artists that will be shot and distributed in Virtual Reality later this year at the iHeartRadio VR Concert Series held at the iHeartRadio Theater in Los Angeles.

Besides the recording of full shows, UMG has pledged to unveil at least six one-off VR experiences via iHeartMedia events throughout the year 2016. A first one is expected to drop in eraly April. According to the press release the goal for this joint venture is to ‘create entertainment experiences that leverage cutting-edge technology, making immersive VR performances and experiences accessible to U.S. audiences for the first time at scale.’

Since Facebook paid two billion dollars to the Oculus Rift creatores back in 2014 and the first models launch in 20 countries on March 28 for $599, it’s pretty save to say that this will make a big impact. Does this mark the future of concert experiences or is it still a bit too creepy? You as a consumer will decide in the end.