Interview: Arkells – ‘Nobody owes us anything’ 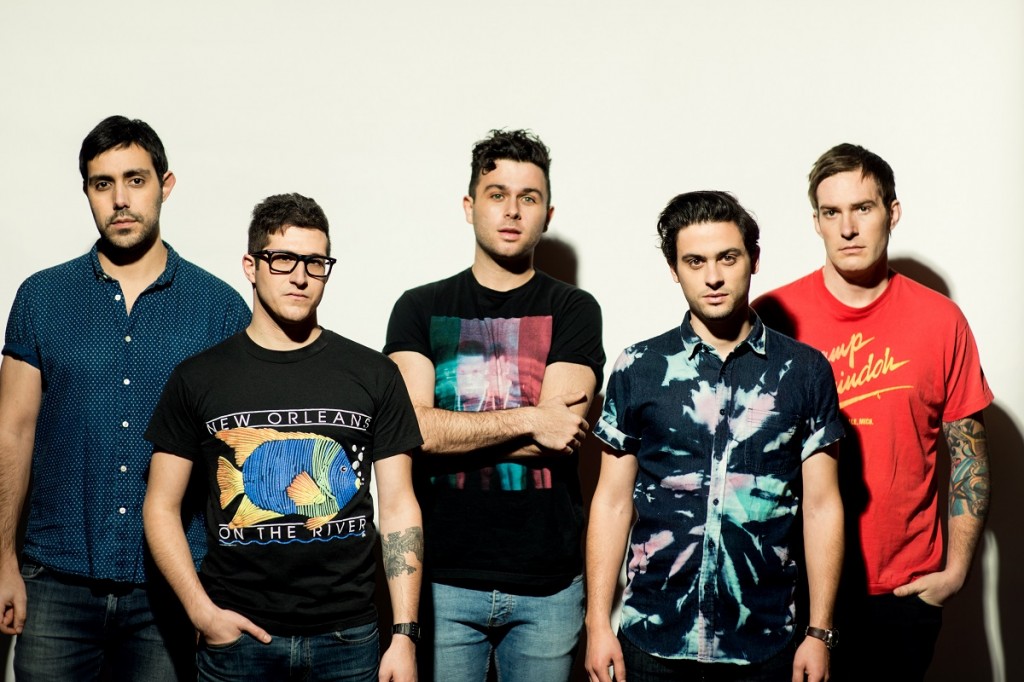 Friday noon, sun is shining, coffee is good and warm – everything seemed to be in its place as we met with ARKELLS-frontman Max Kerman in Leipzig to discuss the Canadian’s latest effort High Noon. The next day though, ARKELLS were to play the mainstage at HIGHFIELD FESTIVAL, if only the sudden storm would have let them. The five guys did what they could but they had to stop their set quite abruptly. Not without celebrating their very own party with the few left people in front of the stage: water, mud, fun and a cover of THE CLASH‘s Rock the Casbah being the ingredients. In many ways, that performance exemplified what ARKELLS are about: maintaining a positive vibe despite all the difficulties, making the complex look easy and most of all being grateful for the slowly grown community they’ve built with their fans.

Last time we spoke to you was at the Reeperbahn Festival in Hamburg, two years ago. Please tell us what you’d been up to since then…
We’ve been very busy, which is good cause that’s what you hope to be when you’re in a band. We toured a lot but we also sat aside to write and record our new album. We’re constantly thinking about either touring or writing. It’s a good healthy balance to be able to think about both. That’s the job, we’re lucky to be in the privileged position to do this full-time so we take it seriously. Every day we wake up and think about what the next thing to do is.

Listening to ‘High Noon’ I got the impression that you’re pretty concrete with things. With titles like Fake Money, Cynical Bastards, Systematic etc. How did that evolve or has that always been your intention?
We definitely wanted to be forthcoming with our ideas. When you’re talking about serious subjects like politics you want to be artistic about it but you also want to be direct. It won’t be effective if people don’t understand what I’m talking about. So you definitely want to hammer home the point you’re trying to make. The songs you mentioned ought to ask questions that need to be answered.

Nonetheless your musical style remains to be uplifting, there’s a positive even cheerful vibe about it. A contradiction?
No, I don’t think so. There’s always a musical and a lyrical side to a song and they need to work together of course. But, for instance, THE CLASH is a band I listened to a lot when we were writing the record and they are a band who had these very cool pop songs with lyrics that were saying something. There’s Rock The Casbah which is a just a cool party song actually but the lyrics are quite profound. I love when a band can pull that off so we tried it.

You’ve been citing quite a lot of artists recently. THE CLASH as one of them but you also cited NELLY and JA RULE. Which somehow struck me – no offense but aren’t there more credible names to drop than them?
(laughs) Ha, okay. To give it some context: In the song Dirty Blonde Hair there’s two lines I borrowed from JA RULE – it was music that I listened to when I was twelve. And you’re always a bit nostalgic about songs you liked as a kid, right? But that kind of thing is a little tongue-in-cheek. They’re not like major influences for the record. Those would be more all over the place: TOM PETTY, ELO, THE AVETT BROTHERS, HAIM… we were constantly searching for references in the studio.

You worked with Tony Hoffer – a big name as a producer no doubt. How did he effect the sound of ‘High Noon’?
The great thing about Tony is that he’s worked on a lot of music so he doesn’t have a signature sound which is the reason I wanted to work with him. We didn’t want to work with just a rock guy or a folk guy or just an indie guy. We wanted someone who dabbled in many musical worlds cause that’s what we do as well: we dabble in a lot of genres. If you listen to a KOOKS-record it sounds different to M83 and that sounds different than a BECK-record and that’s different from a PHOENIX-record – and these all are bands he’s worked with. So we told him that we didn’t want a record that sounds like our previous ones, we wanted one that sonically has a different feeling to it. 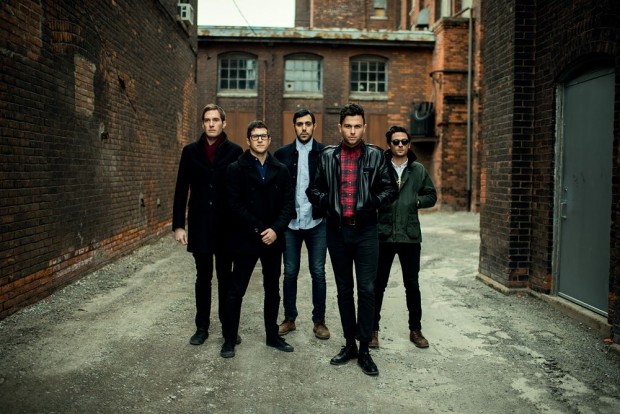 To something completely different: Recently I listened to an interview with THE BLACK LIPS in which they spoke about how difficult it has become for indie guitar music to gather enough attention. They struggle to find opportunities for gigs and bands to play with and so on – how do you experience that here in Europe?
Ah, I don’t know. I find it hard to complain about that kind of stuff. We consider ourselves to be very lucky, you know? We have people over here who support us, we get to play some cool festivals and we’re going to have a club tour later this year as well, so: nobody owes us anything. The only thing you can do as an artist is to stay true to yourself, do the things that you think you should do, that inspire you. And wether people like it or not, that’s not in your hands. If they don’t like it, okay, then we’d have to find a real job to pay the bills. I don’t want to bitch about anything, it’s not a god-given thing that people must like indie-music.

You once talked about your new songs as being especially hopeful – what do you mean by that?
We’re basically a positive bunch. We try to see the glass half-full in everything that we do. The people that I like and that I look up to are the ones that realize problems but then take on these problems like head-on, with a positive spirit. That’s what we try to do with our songs as well, talking about things that are complex and layered but in a hopeful manner and not just being pessimistic about them. But I think that’s just the purpose that our band serves. There’s also a time and place for depressing acoustic music or pissed-of punk. I think the genres can serve a person at different times even in the course of a day.

And what about passion – which place does it take in your music?
Well our music is community music. It’s about interaction not just within the band but with the crowd as well. It’s important that it’s reciprocal. So the music we play relies a lot on passion not only from us but also from the listener. That’s the gratifying part of the job, seeing people get fired up by your music, dance and sing along. That sort of passion is essential to our music.