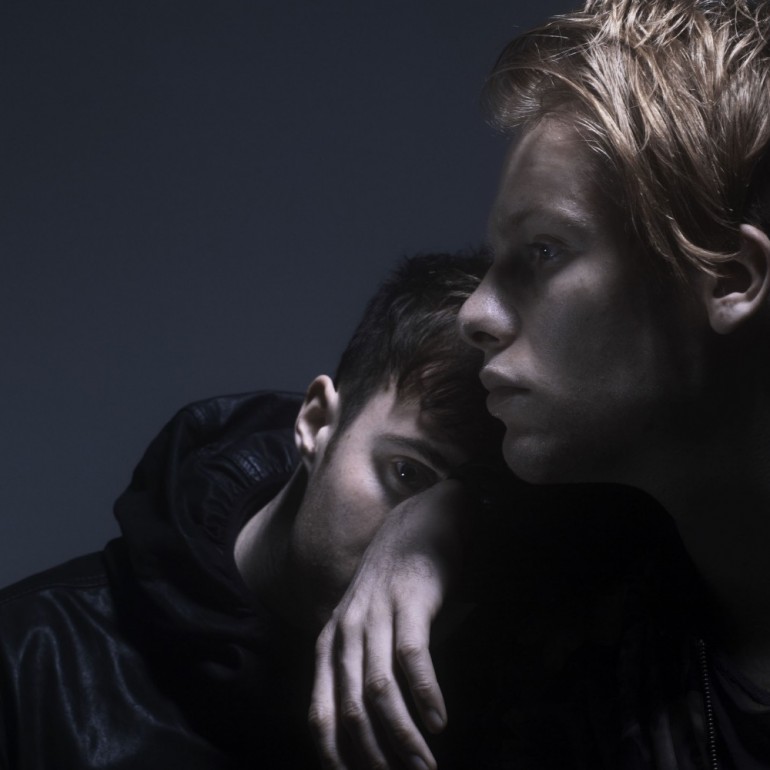 Resting is not an option. At least not for BOB MOSES who have been shaking up New York’s electronic underground scene with their smooth beats and tempting dancefloor anthems ever since they left their hometown Vancouver and discovered their mutual love for pulsating melodies. After having released a few EP’s and their compilation All In All, the band is now back with their first studio album Days Gone By. Sharing their band name with one of New York’s most prestigious architects from the 1930s almost makes it obligatory for the two sound architects Tom Howie and Jimmy Vallance to build House tunes that don’t give in to the volatile environment they are surrounded by.

Taking one step at a time, the duo has never felt the urge to rush into making a full length album. Instead, the two Canadians ventured out into the clubs worldwide to find and shape their sound before taking on the big task to record their debut. We caught up with Tom and Jimmy from BOB MOSES to talk about their development as a band as well as their drive to work like maniacs.

Earlier this year you released the compilation All In All before your debut album Days Gone By is going to come out later this month. In which way do you think you have matured the most as a band looking back at the making of these two releases?
Jimmy Vallance: All In All was a compilation and a way for us to find out who we are. With this album, we feel like we kind of found our sound and we felt comfortable in our sound so we pushed the boundaries a bit more with the songwriting. When you are more confident in a place, whether it is a physical place or a sound, you can relax and start discovering new parts of it. That is how we have matured the most I think. We felt comfortable enough to take risks.

Tom Howie: Basically, our end product is our demos that get mixed by someone else. It is just us making the records and you can slowly hear us growing up within our songs. It is not like we are going into the studio with a bunch of our demos, sit down with a producer and think about how we can make them sound larger than life. You can hear us getting better over the course of time and this is what we have tried to do over the last two EP’s. It sums it all up.

How exactly did you push your boundaries with Days Gone By?
TH: Maybe it sounds like a stupid thing to say, but we definitely tried to push our boundaries with more songwriting. We went a bit more diverse in terms of rhythms and tempos and added more lyrics to our songs for example. With an album, you have more room to say things and you can walk on all these different paths. We start a lot of ideas, but finishing ideas is the hard part. We finished a bunch of ideas that didn’t make it onto the record. If you leave something for a few days and come back to it, then you really know if it is good or not.

JV: Nothing At All was a track we started writing two years ago and we came back to it on and off before we put it on the album. At one point it won us over which was cool.

TH: There was never a right time to release it as far as it making sense in what we wanted to say. We are a band that is very conscious of how we present things. It is like having dessert before you have had your appetizer. Things flow and get revealed in a certain way for a reason.

Even though this is your debut album, you have been making music together for a little while now. How well-prepared did you feel when you made this album?
JV: I don’t think you can ever feel super well-prepared. We knew we wanted to make an album and we knew what we were aiming for. You have got to start somewhere to get started and after a while you see the pieces of the puzzle coming together. We got to test and play a lot of stuff live which gave us the opportunity to fix certain tracks and change things.

TH: Making an album is a big process of self-discovery. I didn’t really know what the process of making an album would be like. I knew it would be a lot of hard work for sure, but it is just something you don’t know until you go through it. As far as being well-prepared, I think we were in a good place because we did not rush into making this album. We have taken some time to release our music step by step and play a lot of shows so we let ourselves develop as a band. I think it was a real benefit for us that we had already kind of built a little bit of an audience before we made this record. In a sense, it doesn’t feel like a debut where we are coming from nowhere to make an album.

What kind of marks did it leave on your close collaboration as well as your friendship?
JV: A debut is so much work in a really good way. You are digging into things and it takes a lot out of you. We were both heavily involved into this whole process. Not only in the studio, but also with our live performances. Sometimes I would play stuff on the piano and Tom would tell me that I could do it better so I pushed myself further. We tried to achieve a common goal together while working on this album. It was like we were making our own map to find our way through the jungle. By doing so, we not only became better friends, but also much better at playing together.

‘We have this comradery and we have never been closer.’

Is it inevitable for an upcoming band to have such a high work ethic in order to get noticed?
TH: Yeah, maybe. This is the hardest we have ever worked on anything. We have always been workaholics though. My mum calls me telling me to take a break and have a day off like a normal person every now and then. Because making this album was a bigger task than we realized, we wanted to keep things moving and play many shows as well. Maybe too many because we were working on the songs at the same time.

JV: It feels really good to work hard though.

TH: I remember when I was seventeen and I was wondering about which job to get. Music has always been the one thing I loved doing more than anything, but of course you also have to make money unfortunately. Being able to do music all the time now is awesome. 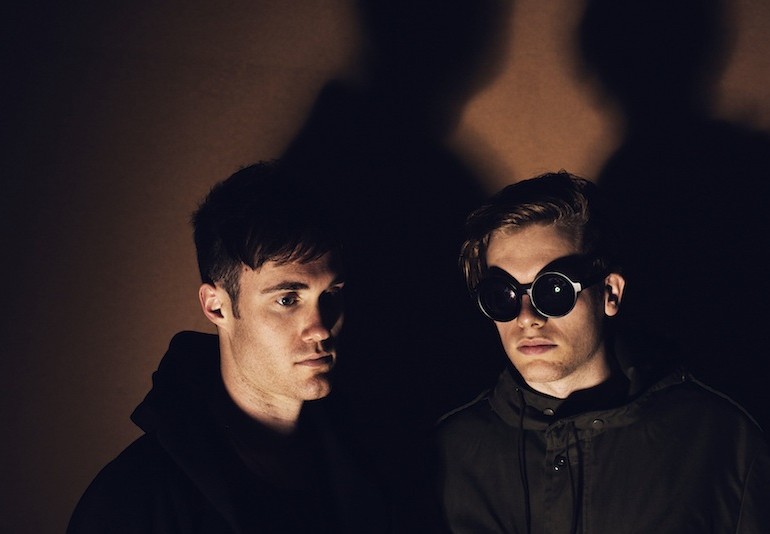 Do you feel like you have to sacrifice anything in order to make music?
TH: Yeah, for sure. I mean we travel a lot. It is also not a sacrifice in a way. A lot of the times, I can’t go to a party or I miss somebody’s birthday or you don’t get to see your friends for a while. That’s a thing we have to juggle. My mum has been ill the last year and I had to make a big effort to fly back home all the time. You have to be very strict with what you choose. I prefer living my life this way. Even when I was younger and not able to do music all the time, I preferred working on stuff instead of going out or socialize.

JV: I missed one of my best friend’s weddings. Then again, when you are not working there is this guy out there making the next big track and he is not partying or taking some time off work. We try to bring our family and friends to our shows when we can so it is not like we are separating these two things in our lives.

‘What we are doing is very real.’

In how far does it affect how you work?
JV: We definitely need some quiet time to write songs. We both have focussing problems, especially me. If there is a lot of stuff going on, I have to shut my phone down and not read my emails and chill out for a bit to focus again. People go like ‘Where is Jimmy?!?’. If I’m in the studio working, I really need to be there working.

TH: We are getting ideas for songs all the time, but coming up with little ingredients like that is one thing, but getting to a place where we are actually working on something is a different process.

JV: You have to sit down in a room and acknowledge that this is your home where you make music for a bit. It is nice if you have such a place and you set up all your stuff there and start working. It is good to make noise in an environment like this 24 hours a day. That has always been essential for us. I get really jealous when I hear about some guys making beats in cars on their way to gigs or something. What the hell?!? It’s great! It would be a great concept only to record stuff on airplanes. You record the vocals in the bathroom…hang on, just one more take!

As BOB MOSES, you are half DJ, half band. What is so appealing for you about combining electronic elements with an organic band sound?
JV: We have always liked the electronic element when it comes to music. We both come from bands. In a band you share a lot of ideas and things get hectic sometimes. Ableton doesn’t try to sleep with your girlfriend, it shows up on time and it doesn’t drink so it’s a very civilized working relationship. Ableton is the best band member! The synths are always there. Sonically, electronic music is pushing boundaries. The digital age allows us to do so many things on a laptop and the software is really cheap too so everybody can make music these days. There is some really cool things happening. Songwriting, however, is like an ancient thing. It is fun to combine both.

TH: Electronic music is a very fertile ground that is so worth exploring. For us, it is more exciting to go forward instead of making an old-sounding record.

JV: It can be fun to do it that way too, but we are excited about making music in a way where we are heading towards a new frontier. Although I must say that I love the last TAME IMPALA record with the traditional drums, bass and guitar.