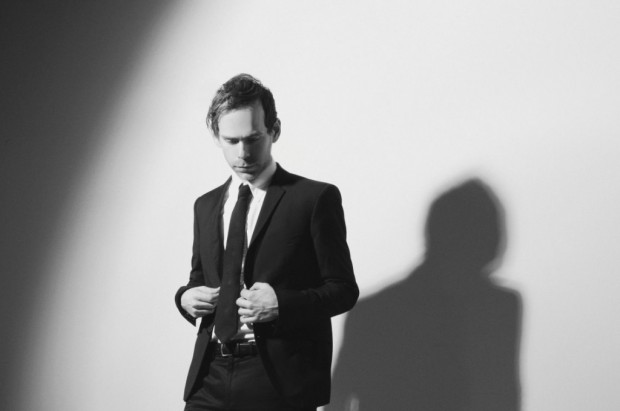 If you hear the name THE NATIONAL would you think of classical music? Probably not. So it might be surprising to you that the arena filling rock band and contemporary classical ensembles such as BANG ON A CAN and the famous string quartet KRONOS have something in common. They all have profited from the ingenuity of one man: BRYCE DESSNER. He is not just one of the skilful guitarists of THE NATIONAL but also has a passion for classical music. He even studied classical guitar, flute and composition at Yale University and graduated with a master’s degree. He has managed to become successful both in composing modern classical music and in rocking the stage with his main band.

On 7th march the legendary German classical label Deutsche Grammophon releases a double album with DESSNER compositions St. Carolyn by the Sea, Lachrimae and Raphel and pieces of RADIOHEAD’s guitarist and keyboardist Jonny Greenwood, composed for the soundtrack of There Will Be Blood. All pieces are played by the Copenhagen Phil Orchestra and are conducted by the German conductor André de Ridder (read our short interview with him right here). NOTHING BUT HOPE AND PASSION met DESSNER in Berlin to talk about his work and the qualities of German people.

You seem to be a very busy man. You are working as a composer, you got a record label, you are playing in two bands (THE NATIONAL and CLOGS) and so on. How do you reconcile all that?
I don’t have much free time. I’ve been doing all of this stuff since my early twenties. I am 37 now and I didn’t expect everything to keep going. I never expected THE NATIONAL to become so successful. And I didn’t think I’d have so many opportunities as a composer. I don’t have a family and in a way I’ve sacrificed certain things for my work. But it was important for me to grow as an artist.

What was first in your live experience – classic or rock?
The classical music was first. But my twin brother Aaron, who is my main collaborator, is not interested in classical music so we started playing in rock bands when we were like thirteen. Rock music is more like physical for me. I am a guitar player and it is all about adrenaline and energy and improvisation. It’s a kind of more raw energy about it where the classical music is more considered, more personal, more intimate. I’m drawn to classical music because of the adventurousness of it. It’s a long standing tradition of really adventurous art.

I think André de Ridder and the Kronos Quartet are examples for adventurous people in the field of classical music. What is it like working with them?
It’s amazing. I can only describe it like going to the nicest spa in the world. You just show up and they are there to make your life great. They are super open-minded and courageous. KRONOS is probably one of the most famous, best known string quartets in the world. They are from California and there is a tradition of the Californians being like that. A lot of great American art traditions come from California. I think Germany has it too. You find qualities in German people that you don’t find elsewhere, for instance a certain openness. André de Ridder is definitely one of those people. He is just excited about what music can be. It is very liberating and powering for young composers to have someone like that on your side. He is able to walk into a room, really communicate to everyone and to make stuff happen. That’s really great.