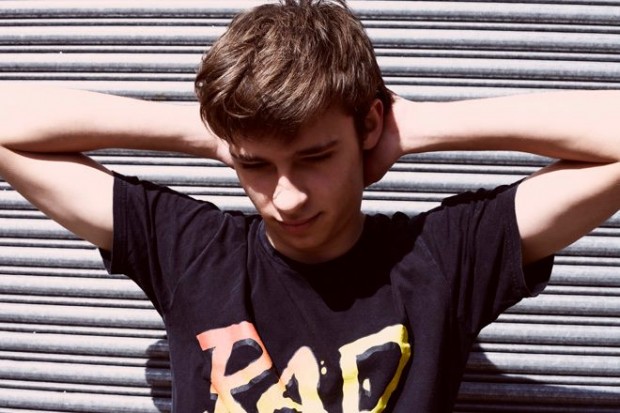 At the latest since the release of  his successful Lockjaw EP in collaboration with CHET FAKER back in November last year, the Australian DJ and producer Harley Streten aka FLUME has been on everyone’s lips. With only 22 years, he already managed to release remixes for great acts like ARCADE FIRE or LORDE and to collaborate with famous artists as TWIN SHADOW. NOTHING BUT HOPE AND PASSION met the buzzing beat maker for a little chat at this year’s Dockville Festival in Hamburg.

Where does the name FLUME come from?

You started producing beats pretty early in your teens. Can you tell me a bit about your musical history? I’ve read something about a ‘Cornflake story’…
Yeah, it’s on every interview.

Alright, so need to tell it again then.
Well, I’ve been making music for maybe ten years now. Just playing around, it has always been a hobby. And I’ve been able to make it into a career in the past two years or so.

What’s the difference between FLUME and your other project WHAT SO NOT?
I think I get more experimental with FLUME; it’s like my thing. It was actually the side project. Originally I started out doing WHAT SO NOT with Chris Emerson and he would come over to my house every Thursday and made music in my studio. It was actually my bedroom as well. We did that for a while and then the FLUME thing was just like my fun little project where I could get super creative. With WHAT SO NOT we had a more clean cut direction. We wanted to make music for clubs, festivals… with FLUME it was just about me. My experimental playground to do whatever I want to do. That’s how it started. Now I try to balance both, but it’s quite difficult to do music for both projects.

What should your music do to the listener?
I think evoke emotion. When I write music I often think of images in my head. I’d love to write a score for a film or something one day. When I write I kind of can see what I want. I want images and I want it to evoke emotion. But you know, sometimes I want to make people dance as well. But most importantly it is just the powerful evocation of emotion.

Which of your own songs means the most to you?
I’d say, for me I felt like Insane was the best representation of what I was trying to do. At that time, when I was writing the music for the record. I don’t know, for some reason that song just has everything I was trying to aim for. It has that punch and power and also this big uplifting spirit.

Which song from another band/artist means the most to you?
That’s a lot of songs for me. But I pick SHLOHMO, who’s also playing this festival. He’s really great. I love his record Bad Vibes. He released this awesome record and I still play it all the time at my house. There’s a lot of good tracks on there, one of them is called Places. And that’s just the warmest sound of music I know. It’s very intimate, lot of close up recordings like little tabs on tables and scratches. And also really warm guitar-driven stuff. So yeah, I go for this record. 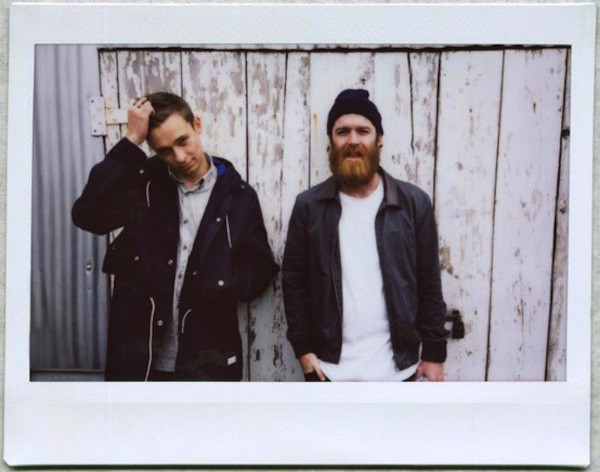 You collaborated a lot with CHET FAKER. How did the two of you end up together?
We actually met online. I mean, we didn’t meet online, but my friend played me some of his music; I had never heard of him before. I found his voice was a quite unique sounding one. I’m always looking for unique sounding tones and I instantly wanted to work with him. So I googled him the next day and found out that he lived in Melbourne which was really great ’cause I live in Sidney. I got one of my first gigs in Melbourne and we chatted on Soundcloud and we met up. Ever since there we just wrote music together. We work really well as a team.

As we are at a festival right now, do you often go to such events as a visitor or are you just performing here?
Well, I still go as a visitor but not very often ’cause I’m usually travelling and on the road. But I do kind of miss sometimes being on the other side of the fence.

What was the last festival you attended as a visitor?
There’s one in Australia called Listen Out. But as a camping festival maybe Splendour In The Grass; also an Australian one.

I think you already answered the following question with SHLOHMO but If you had the time to watch one act here at the festival, which one would that be?
Oh no, I’ve seen him play so many times, we’ve done tons of shows together. I still go check him out but I’m more curious about DIE ANTWOORD. I’ve never seen them play and they’re fucking crazy.

What do hope and passion mean to you?
Passion is music for me. I think everyone needs to find something like that. I’m never bored.

And hope?
What does hope mean to me? Actually I don’t know…