Interview: Hamilton Leithauser – ‘Getting complicated is the worst thing’ 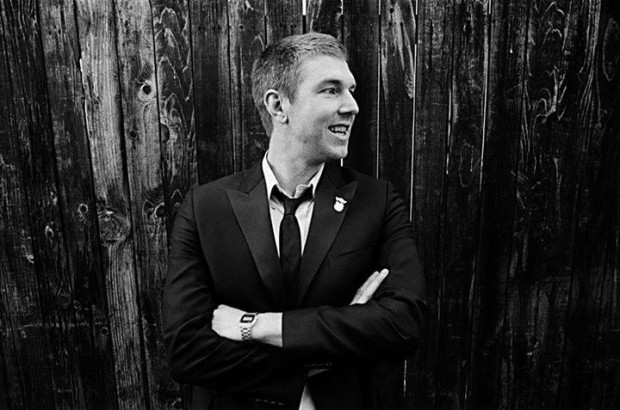 NOTHING BUT HOPE AND PASSION was able to sit down with former THE WALKMEN front man HAMILTON LEITHAUSER to discuss things like the probably permanent hiatus of his long-running band, his ancestral link to a Bavarian tavern owner, and why ‘sometimes getting complicated is the worst possible idea.’ HAMILTON LEITHAUSER is here to promote Black Hours, his solo  out June 2.

It’s a gusty and overcast March outside the record label offices when I arrive to talk to him. Sitting in an armchair, you have no inkling of how tall this man is, but the Teutonic connection makes sense when he stands up. Having seen THE WALKMEN live several times, and followed the band since their breakthrough Bows and Arrows (2004) I’m trying to reconcile the magnetic and intense front man from those sold-out shows with this easygoing, friendly married-with-two-kids guys sitting before me.

Recognized for a voice with elements ranging from PAUL BANKS (INTERPOL) to LOU REED, reminiscent of IAN CURTIS and SHANE MACGOWAN, Hamilton has often been described as the key figure in THE WALKMEN, the plaintive voiced front man who held their whole vintage instrument piano sound together. THE WALKMEN always sounded on the verge of collapse, like a circus tent with its ropes undone. On his solo record, HAMILTON LEITHAUSER has crafted a mix of rock and lounge, it started as an homage to Frank Sinatra and ended fully rock n roll.

Is your last name of German origin?
Yeah, my wife got me one of those research your name things for Christmas. It came back that it was the name of a Bavarian tavern owner. Here [in Berlin] it’s the only place where people pronounce it correctly, every time. [laughs]

2011 was the ten-year anniversary of THE WALKMEN. Where is the band now? Are you on hiatus?
Yeah, we’ve sort of gone our separate ways.

Is it permanent?
It very well could be, yeah.

It’s a time when we are seeing so many bands from previous eras reunite. How does a band know when to stop?
It was a slog for us. We did it for years. The only way to make money was to travel and we all have kids and families and we don’t make a lot of money so you’re travelling a lot. Not to complain too much because, man, we can – once you get that train going you’ll can just go all day.

The drawbacks of touring you mean?
Yeah. You just – it needed a change.

As far as working on your own… what’s liberating about doing it away from the band? What are the drawbacks?
Well, it’s exciting and scary at first because you don’t have your gang behind you for moral support or creative support or anything. It’s different, it makes the things different and that is what’s fun about doing it the first place. That’s is why I feel much more personally connected to this record than I did to our last record. I’m not going to say it’s all straight liberating…I’m not just like ‘Oh I shed this dead weight…’ They’re my good friends and I miss them, you know? But I was glad I was able to write songs and see songs to completion in a way that I wanted them to be completed and not go through some sort of political thing.

I also saw on this record you had a lot of collaborators. How did that happen?
One of them is Paul [Maroon] from THE WALKMEN, we had a very good songwriting team/partnership going on.  We just work really well together.

Another guy was Rostam Batmanglij from VAMPIRE WEEKEND. He heard I was doing this record and asked if he wanted to work on something.  And that was a new- he’s a control freak, he’s a demanding guy, he can’t stop. He was really fun to work with because I was trying to put myself in a new world.  To be invited into his world and being attacked like a [slaps hand together] like a pack mule [laughs] was really exactly what I needed. We did butt heads for a while but it really ended up working out and I was really happy I was brought to this new dynamic that was very unexpected.

Do you feel like when you started, is it almost like dating?
Definitely, because it’s intimate.  Yeah, he’s technically the producer but I worked with him the way I’ve always worked with someday in a band: we are writing it together, we are telling each other what we do like, we are telling each other what we don’t like, then we are going out to dinner each other.  It’s exactly like having a new band member, which is a close relationship.