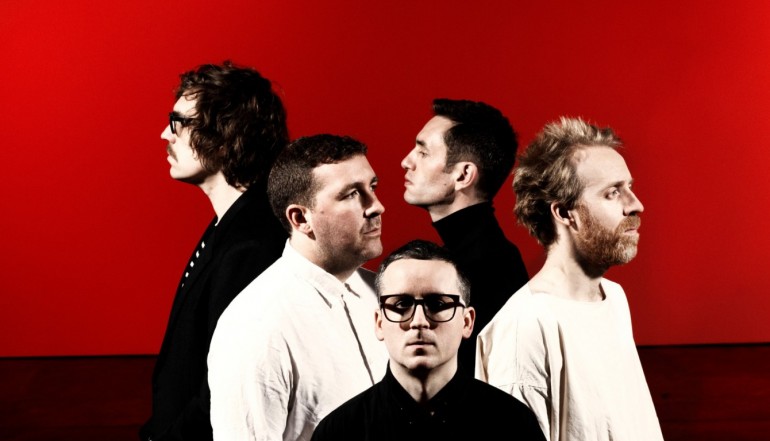 For almost 15 years British band HOT CHIP stands for the electronic side of the united indie-kingdom. They gave us dance floor favorites like Over and Over, Boy from School, Ready for the Floor and One Life Stand and their concerts are known for fantastic improvisations and their energetic atmosphere. From puzzling electro-pop to trips into darker scenery to romantic ballads, there’s not much the quintet around ALEXIS TAYLOR and JOE GODDARD has not tried. Not all of the experiments on their last five records met with the approval of fans and critics. But since the only way to become happy in music business is to not give a shit, the band fearlessly went on doing as they thought best. On May 18 their latest record Why Make Sense? comes out and of course NOTHING BUT HOPE AND PASSION was eager to ask Alexis Taylor what the guys have thought out this time.

So it’s a label?
AT: Yeah it’s a shoe by a little known company called Nike…

Now you know that I’m not that into fashion.
AT: The model is called Huarache Light. But the song is not specifically about trainers.

So it’s not a promo song.
AT: No. It’s quite weird talking about a big brand like that. But actually it is possible to be inspired by all kinds of things – it doesn’t have to be just music or love or all these things we usually base songs around. Good design is interesting to me and it can be a pleasing thing.

Sure. Brands are a part of our identity. I’ve found another interesting song title: ‘White Wine and Fried Chicken’. What is this one about?
AT: I was imagining somebody else singing these words and I was thinking about it being a kind of American soul song. Maybe someone from the southern states might enjoy mixing these two things together. It seems a strange thing to celebrate but in the context of the song it’s kind of saying you gave me comfort via this meal we enjoyed together. But I haven’t ever had it in reality. I became vegetarian shortly after writing this song. After it was finished, I realised that it could sound like one of those last meal requests, when someone is one death row.

What would be your last meal?
AT: Well, don’t know, maybe white wine and fried chicken. (laughs) Maybe I’d have a Greek meal. My mum is from Greece. So maybe some fried cheese with honey and a Greek salad and Spanakopita which is pastry with spinach.

I think I would have a steak. But one from a happy cow.
AT: I’m sure I will eat meat again at some point of my life. But the idea of a happy cow is not enough for me. I’ve reached a point where I think, how could I be choosing to eat something that was a part of a living creature that had no choice.

‘Freedom in allowing the words to have their own sonic logic’

Most of the production of food like eggs and milk isn’t very animal friendly as well. Wouldn’t it be better to turn vegan?
AT: I’m thinking about it. It’s an ethnically right thing to do, but nutritionally I find it quite hard.

Do you have a favourite track on the album?
AT: So Much Further to Go is one of my favourite songs. There was a freedom in allowing the words to have their own sonic logic. After we finished this album, a very close friend of mine died. He would have been on this record because he was a viola player and we’ve always had him and his friend Emma Smith playing strings on our records. But he was not well enough to participate in the recording. Although I’d already written So Much Further to Go, lots of the words sound to me like they could be referring to him. When I’m listening to it, it connects me with him.

The context, even when it’s such a sad context, can give the song a new meaning.
AT: I’ve always asked him to write some strings for my solo records and I’ve always respected what he did – I didn’t even remix it later because he has done such a good job. I’m missing him as a person and I’m also missing his creative input. 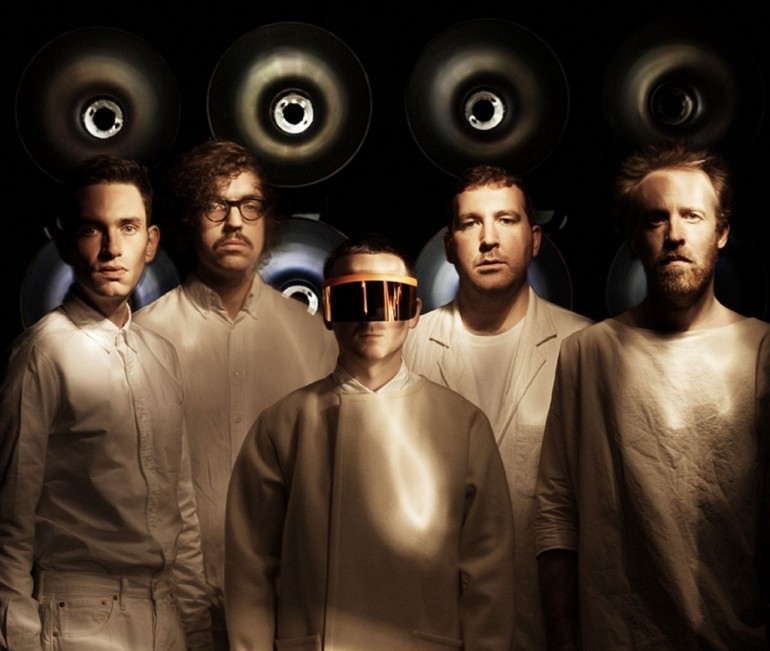 Each of your records has a different musical style, some mixing genres, some focusing more on one direction. What can we expect from ‘Why Make Sense?’?
AT: It draws on an influence from R&B and hip hop a bit. The tempo is a bit slower, it’s less housy. It has less to do with the 4/4 constant kick drum, there are more swung rhythms. The track Why Make Sense? is noisy, almost ‘krautrocky’. Furthermore, there is a bit more space for other people in the band to shine as musicians.

The album title can be interpreted in many ways. How did it come up?
AT: Sometimes this kind of absurd approach to life comes to my mind, where you try not to reason with reason. Like: ‘Why make sense when the world around refuses?’. I’ve spent years writing words that should be understood by anyone. I tried to make them as clear as possible. But on this album a lot of the lyrics are free to abandon the need to make logical sense or have a narrative or one fixed subject matter. They all come from an emotional place that is real, but they don’t have to correspond to a series of events. They are a bit more abstract than they were before. We took that title because we felt like that’s the attitude of HOT CHIP. We don’t need to conform to things that people expect of us, we’ve spent long enough with people being confused – why stop now? People always ask why and that’s the hardest question to answer in music.

You work as a DJ and you have side projects and HOT CHIP. How do you manage being a family father at the same time?
AT: I try to fit in recording sessions whenever I have ideas and I try to focus and work really quickly in a short time. I finish my working day in time to be with my family. I take my daughter to school in the morning and I don’t work so late that she’s already asleep.
Sometimes I find it tricky to be a performing person on stage and to have a persona that is slightly artificial in a way. I’m more comfortable playing instruments than running around on stage with a wireless microphone.