Comin’ Through: Adam Granduciel readies The War On Drugs for rock music’s A-League 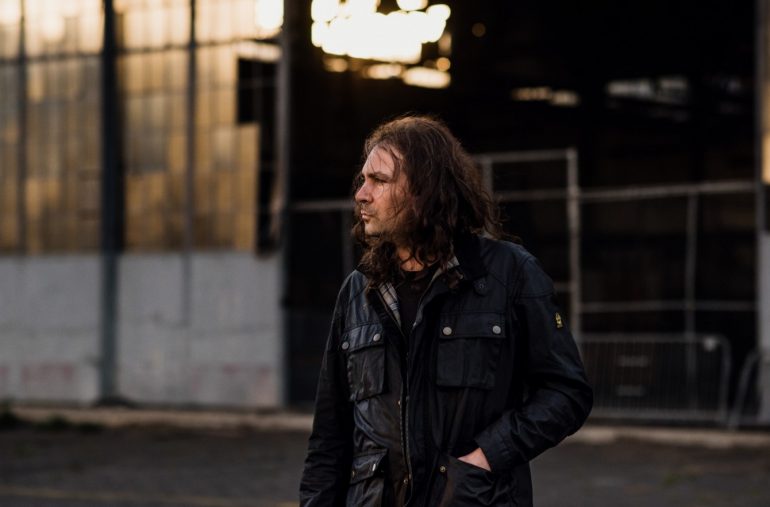 Remember the time when free mp3 downloads were quite a big thing? Well, I’m not talking about ancient history here; it was less than a decade ago before the comfortable streaming possibilities made the gift of a free digital mp3 a bit obsolete although it’s still happening every now and then I’ve been told. Around 2010 when there was either the option between payable downloads and illegal ones a free mp3 was considered a good thing, especially in the indie section. That was of course a time when Soundcloud wasn’t on the blink of bankruptcy like it is today. Around that time I stumbled upon a legal free download of Comin’ Through by a band called THE WAR ON DRUGS. I really don’t know why I got it but it might have been one of those free blog samplers back then. Maybe it wasn’t even legal but well… that was one of the better aspects of this legal limbo the internet once was.

Somehow, Comin’ Through stood out and filled my heart with joy through its uplifting but still melancholic dreaminess. I also was surprised because that quite Americana-sounding bastard of Bob Dylan, Neil Young and maybe even ‘Boss’ Bruce Springsteen wasn’t the sort of sound I was usually into. So, although it had a certain oldschool character it provided something new and fresh to the 26-year old German guy that just started to broaden his musical horizon beyond what the cool indie kids stuff. It’s still my favourite THE WAR ON DRUGS song. ‘Funny, mine is The History Of Plastic’, Adam Granduciel tells me with a big smile seven years later. It’s funny for him because both are featured on the band’s 2010 EP Future Weather. Granduciel laughs and adds: ‘I guess that makes us the cool kids now, right?’ Seven years after my first encounter with his music, me and the leading man of the Philadelphia-based group sit together in the almighty Hansa Studios in Berlin, one of music history’s most sacred places. We’ve both come a long way since that faithful download decision a few years earlier although the one of Granduciel might be the more significant one.

It’s a hot summer day in the city and Granduciel experiences the full major label package he has now access to since signing a deal with Atlantic Records two years ago. That includes quickly timed interview sessions in a historic place, an exclusive listening session with and performance later and a lot of shaking hands to more or less important people. Asked whether he already feels like proper rock royalty he breaks out in laughter and negates. ‘No, definitely not. I’m also feeling like a tourist right now’. I fully fell in love with THE WAR ON DRUGS via their second full-length Slave Ambient in 2011, a few other people also did but that was pretty much it. The follow-up Lost In The Dream became the game changer in Granduciel’s career. Not only did it became a shift in musical quality and songwriting but it also put this ordinary-looking gentleman into the limelight. I remember his band performing in Berlin twice back in 2014, one time in front of 200 people and six months later it was around 2.000. Now, THE WAR ON DRUGS will return this fall to play an even bigger venue. If you don’t define that as a breakthrough than what else?

The songwriter however saw it a bit different. ‘People keep asking me about specific breakthrough moment right now and I don’t know a specific answer to it’, Granduciel explains. ‘At that time it just felt as if things were going well. ‘Oh, cool, we got to play the bigger place.’ I was excited about the band getting so good and we played with confidence.’

Learning to fly… with others

Still, Lost In The Dream in its core has been a solo effort of the man who’s been running THE WAR ON DRUGS with multiple musical companions since the start back around 2005. In the early days, even KURT VILE was a permanent member of the formation. The band Granduciel formed to tour Lost In The Dream found its common sound over the course of that tour. ‘Somehow we reinterpreted the album once we were on the road and learned how to play them together,’ he explains. He quickly had to learn how to perform with the band in front of more than just a dozen indie kids in a small club and that has been a struggle I can tell from my own experience at those concerts three years ago. And it’s been a long lasting one as the bandleader confirms to me:

‘When we started around 2007 playing live wasn’t really what we were good at. When our debut LP ‘Wagonwheel Blues’ came out it caused quite some stress for the label as we hadn’t figured out how to properly perform. There was no fixed line-up, I was still figuring stuff out so it’s totally different today.’

August 25 will see the release of A Deeper Understanding, the band’s fourth full-length and major label debut. It might be the first proper band album of THE WAR ON DRUGS, at least it’s happening with the same line-up that toured together for quite a long time. ‘I wanted to use the band as an instrument if that makes sense,’ he explains. ‘I wanted to record an album with everyone on board while also being able to use the energy we developed to change these new songs I had sketched out.’

The band currently features David Hartley (bass), Anthony LaMarca (guitar), Robbie Bennett (keyboards), Charlie Hall (drums) and Jon Natchez (saxophone, keyboards). They’ve been friends before and on A Deeper Understanding ‘the live energy once we started playing added its own magic to it’, as the leading man explains. Still, he’s keen to explain the new democratic foundation: ‘I probably did as much on this album as I did on the other albums. I never played all the drums and all the bass.’ 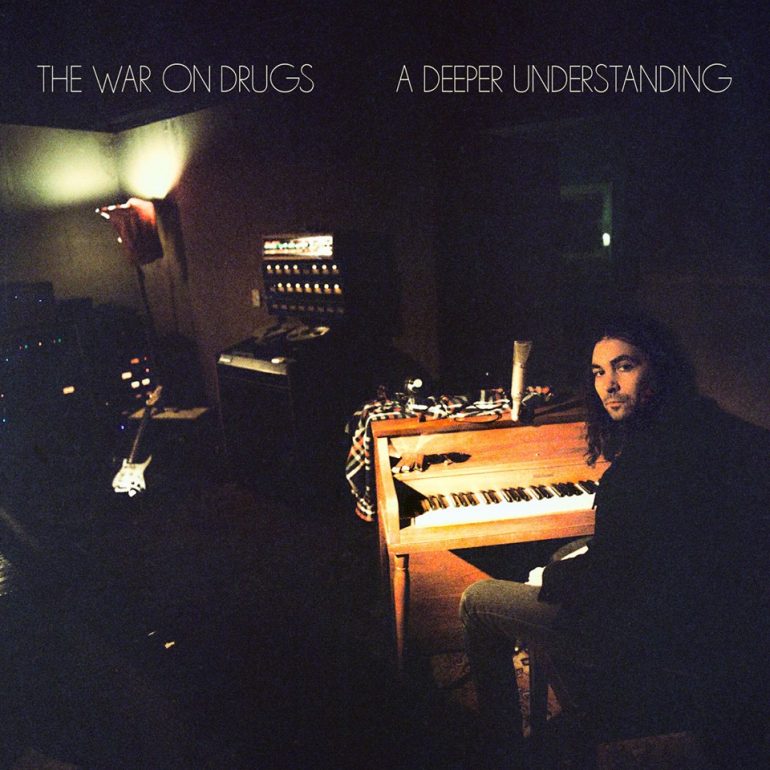 The new WAR ON DRUGS album is another shift in the band’s musical cosmos. It sounds bigger and more profound than it’s predecessor, clearer and more focussed and packed with a lot of confidence. Still, it keeps the familiar formula of Granduciel’s brainchild alive, mixing old-fashioned American guitar rock with psychedelic European shoegaze elements. It’s more pop on one side (with the singles Holding On and the posh Nothing To Find) but also allows itself endless guitar solos like in the progressive Pain while a tender tune like Knocked Down shows the songwriter from his most intimate side yet. THE WAR ON DRUGS are not going ‘full U2’ on this one but they somehow still sneak their way into the stadium rock league, even if it’s through the back door. The stakes are a bit higher this time and although Granduciel tried his best to ignore it he commits that the success of Lost In The Dream was of course present during the recording sessions.

‘All I had to do was go to work every day and work really hard on this new record,’ he tells. Somehow the big number of options and ideas blocked him and the beginning. ‘I probably put myself under more pressure than I actually needed which I now realize since the album is finished.’ Still, he overcome the initial fear, maybe because he also took care of certain preparations:

‘I wanted to be a bit more prepared this time. I wanted to have songs written and demoed and have the arrangements final so that we could walk into the studio and worked within the given framework. It still allowed spontaneous moments but I felt better with that specific set-up.’

Personally, as an early adopter, I was quite excited but also sceptical about the return of the band, especially following the label switch. Didn’t all of us indie kids lose too many good bands to major labels in the past? The return came via vinyl on this year’s Record Store Day and via the epic Thinking Of A Place. There it was, a brand new song, played first via a 12-Inch. An unlike experience for a kid of the digital age like me, at least some I haven’t experienced in quite a while. ‘I first had doubts whether I should release a song that way,’ Adam Granduciel explains. To my surprise the old-fashioned release strategy was suggested by Atlantic while A Deeper Understanding wasn’t even finished yet. Granduciel doesn’t like to put songs out of the album context, especially with this huge 11-minute long ride that is placed at the seventh spot on the record. ‘Quite quickly I realized it was a good idea because it gave us the chance to actually finish a song first,’ he clarifies and adds with a charming smile: ‘You may curse the concept of a deadline but in the end it’s one of the greatest gifts you can get.’

Now, that the album is finished and ready to be released to the world, a sense of relief fills the musician. The almost 70-minute long opus is an ode to the old-fashioned album concept, an alternative draft to the streaming age. The songs are again quite long, they rely on each other and they tell the philosophical story of a man searching for that deeper understanding. ‘The form of the album is the only way I know how to do this thing,’ he tells me. The focus shifts and so does the horizon of the quirky guy who really doesn’t look and act like one of contemporary music’s most vital rock bands. ‘My responsibility as the band leader changed,’ he confesses, ‘but I’m still the same guy.’ It’s a natural progress and Granduciel is quite aware of it: ‘The whole record meant more noise, more crew, more resources. Our whole musical world got bigger during the last tour.’ It looks like him and his gang are prepared to face the next steps like headliner slots, unexpected hit singles or a potential Grammy win. A Deeper Understanding is of course not as outstanding as its predecessor but there are worse ways to follow your big breakthrough album, trust me.

In Comin’ Through Granduciel sang about ‘this ramblin’ road’ and how he follows an unspecified light. Despite all the changes and success he’s still following his own paths and his own rules. He’s too humble for the whole rock star thing, he smiles and accepts some of the duties that come with that new stage in his career. But if you ask me, he’d probably prefer to hide himself behind the moniker, the vague identity of the group and – most of it – the music. And that music still offers the same magic it did over the past decade. And in the end it’s also nice to see that my first impression wasn’t entirely wrong back then.

THE WAR ON DRUGS