The alternative to darkness: Sinkane on light and the beauty of life 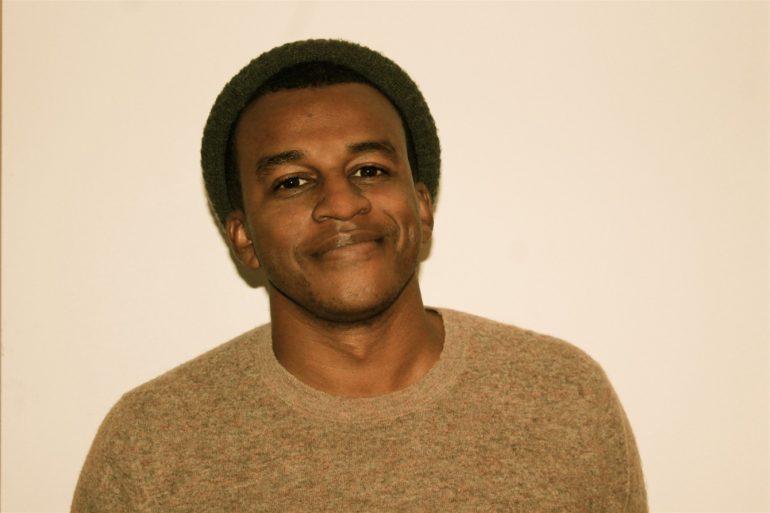 In the past, Ahmed Gallab alias SINKANE made records about an alien place such as Mars and dealt with all forms of Mean Love. In 2017, however, the New York based musician is about embracing life without disregarding the struggles that come along with it and exploring them all on his new album. Life & Livin’ It feels like a genuine portrait of a man that is very aware of the global political issues, but refuses to give in to a state of despair.

Why? Because, there is more to life than fear and hopelessness. Even if this fairly dark cloud hanging over our heads, that is triggered by worldwide events, most likely won’t go away any time soon. We met with SINKANE on a rather gloomy winter day in Berlin to have an extensive talk with him about the positive outlook on Life & Livin’ It and about the long days of recording the album in Texas.

With everything going on politically on a global scale, it’s no surprise that the outrage about recent events is particularly loud and angry. Many artists are not only vocal when it comes to personal statements, but also in their work these days. Despite feeling indignant, too, SINKANE did not opt for a musical output on Life & Livin’ It that mirrors the outrage as one could expect perhaps. In fact, he seems to have no interest in being angry when he can choose to convey a feeling of optimism instead as he explains to us: ‘In the current state of music there is a lot of political records, but the majority of them, if not all of them, have the same kind of energy. My new album is an alternative to the angry and fierce response to the current state of the world and politics in the United States.’

Being political was far from what Ahmed Gallab had in mind ever since he wrote and recorded as SINKANE and emerged from working as a session musician for other bands like CARIBOU, YEASAYER or OF MONTREAL. Not because he didn’t have an opinion, but because politics were ever-present, he tells us: ‘I avoided being political for so long because my father was a politician. Because he was a politician, we were exiled from Sudan. I didn’t want to involve myself in politics. I was afraid that maybe if I did, a similar thing would happen to me or I would put someone else’s life in danger. After all of 2016, it seemed unavoidable to be political.’ 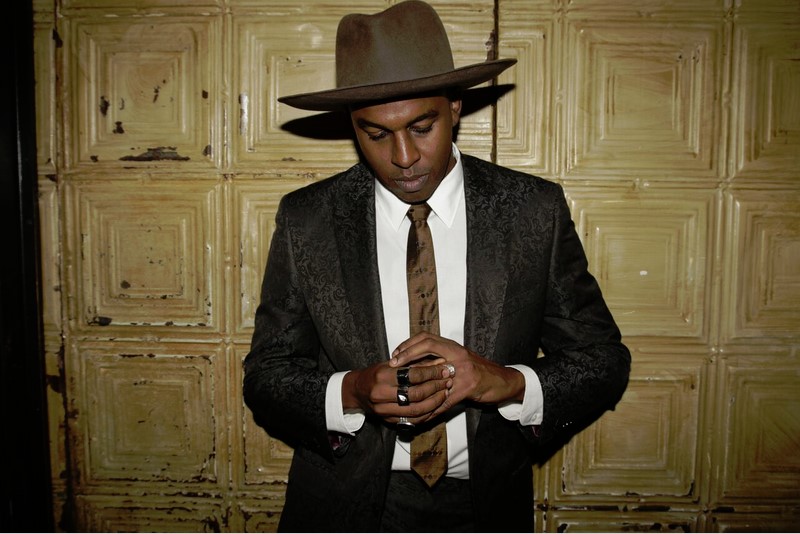 An earlier attempt to make an album ‘all about existentialism and this idea of life theory using standard pop tropes to convey this really deep message’ failed, as he admits when he recalls the release of Mean Love: ‘No-one really got it. So are these love songs? What’s the deal? No! It’s a lot deeper. With this album I feel like I didn’t try and I achieved exactly what I wanted to. People are understanding it in a very simple and easy way.’

It might have to do with the fact that SINKANE had no intentions of making a gloomy, angry record in the first place, despite getting his worries and thoughts out there. He wanted to focus on the exact opposite: happiness. When getting ready to work on  Life & Livin’ It , he had two goals: ‘My first goal was to write about my experiences and my second goal was to have fun. I feel like ultimately I’m just a happy person. When I’m not happy, I have to figure out a way to get there. I’m always looking on the brighter side.’

‘I romanticize everything. Always.

When I’m inspired by something, I think of the most ideal, romantic situation that I can get out of it. The older I get, that doesn’t stop.

I think I’m more realistic than I used to be. I don’t have my head in the clouds like I did when I was 20 years old, but my drive hasn’t come down at all.’

The song U’Huh is probably the best example for the kind of optimism SINKANE is talking about when referring to his new album: ‘It’s a very optimistic song. It’s about addressing that times are tough. But times have always been tough. Our parents’ generation will talk about how things were tough in the 60s or 70s. Their parents will talk about how it was tough in the 20s. But there has always been a beacon of light and hope in all of those times. If you believe, things will be okay. Give it a chance and create a world for yourself amongst all of this negativity.’

An advice that might not always be easy to implement, but listening to U’Huh kind of gives you a better idea of how it can be done. Either, you can choose to sink into depression or you can consciously try to focus on the belief that things will get better.

Long days and nights in Texas

The fact that SINKANE recorded Life & Livin’ It in Texas helped the process and eventually the album’s positive message. The isolation turned out to be very fruitful, even though most of the days ended up being incredibly long Gallab admits: ‘Sonic Ranch Studio is a residential studio which means you live there while you’re recording. It’s five minutes away from the Mexican border. The closest town is 45 minutes away. The great thing about it is that you can really focus there. We were able to focus 14 hours a day, just making the album. It made for a better product. No-one could escape. Before, I could record in this room with my laptop and my headphones. That’s how I did Mars and Mean Love. I can’t do it anymore. I need to feel like I’m in an established situation.’

‘The studio was overwhelming with the amount of gear. The guitars alone were unbelievable. It was like being in a candy store.

Luckily, SINKANE had it all figured out before leaving his home in New York and making his way down to Texas. Even the one thing that was really important and still missing the most: ‘I really like recording on my own, but what was missing was the energy from the live show. So I figured if I spent the beginning of the year writing the album and then me and my band spent a month learning everything before we go into the studio and then we play the residency and go on tour…by the time we go into the studio, everyone will be fresh. Everyone will know the material and we can play together in the studio. That’s what we ended up doing. That worked really well.’ 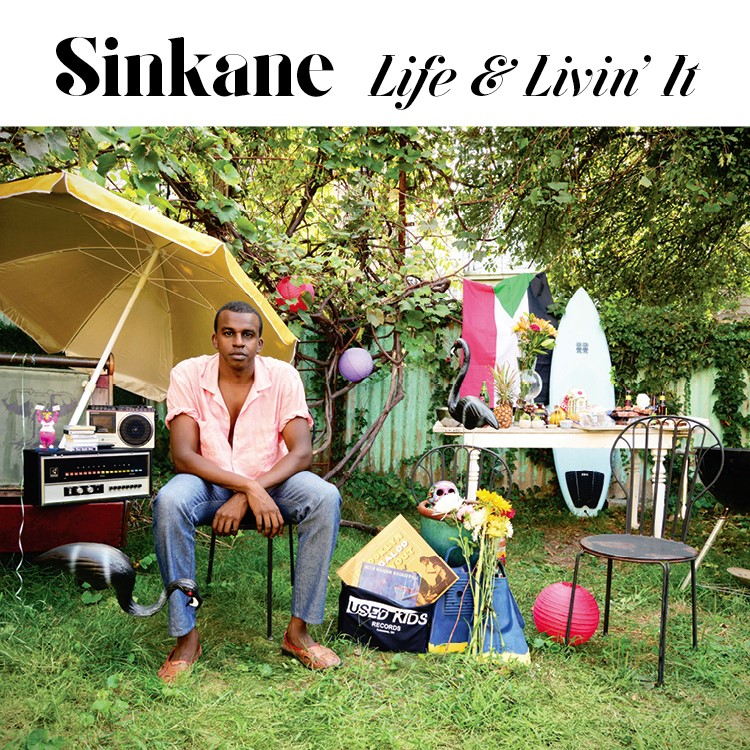 Apart from the amount of gear that must have caused a few tears of joy for the whole band, the amount of songs Ahmed Gallab brought with him to Texas didn’t exactly match his ambition: ‘I always want to write 20 songs. With 20 songs I feel like I have enough material to craft an album. But I can never get to 20. At 15 or 16, my brain just stops. I’ll be so depleted of any creative energy I need to stop. Then I just focus on the 15 or 16 songs and from there it becomes very easily apparent what’s going to be on the album and what needs more work.’

Give it some time

Sometimes, it’s all about being patient as the songwriter has learned from previous recordings: ‘In the past, I would easily give up on something, but I’ve learnt that I need to be more patient and give a song a little bit more time. I keep that in mind. With the song ‘Deadweight’ I wanted to stop a million times.’

While creating Life & Livin’ It SINKANE might had to work on his patience, but he had already internalized his longing for hope and happiness to an extent that allowed him to put out an album that genuinely conveys both. When times are tough, it’s good to know that with his latest release there is an alternative to the common loud and furious responses.