Fighting Populism with Passion: A Backstage Talk with The Lumineers 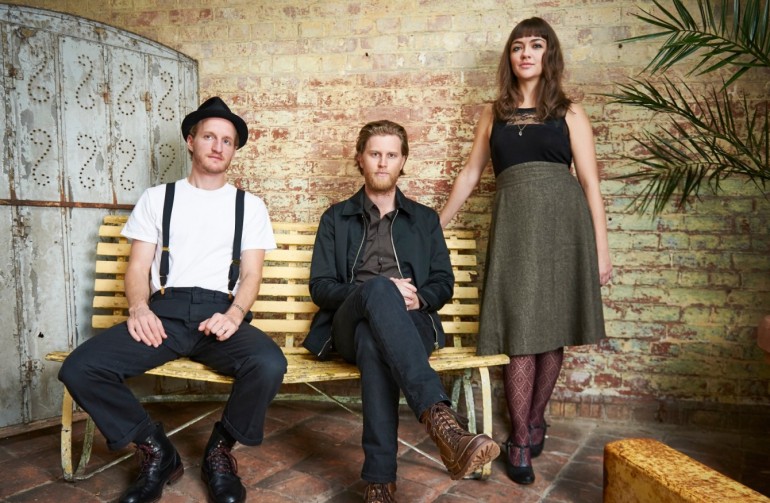 With BAHAMAS doing their soundcheck just outside the door, NOTHING BUT HOPE AND PASSION caught up with Neyla Pekarek of THE LUMINEERS to hear how emotion and passion guide her place in the music industry. Trained as a classic cellist and vocalist, Neyla fell into pop music almost accidentally, when she answered a Craigslist ad for a folk band back in 2010. She joined Wesley Schultz and Jeremiah Fraites for what would become a folk band that would soon land itself on nearly every continent (and even at the White House) for their feel good music and down to earth energy.

Neyla herself doesn’t play much of a role in the band’s song writing process. When the guys isolated themselves in a Colorado cabin to produce their sophomore album, she hung back, only coming around a handful of times to record some cello and backing vocals. But that’s not to say she avoids songwriting altogether. She is currently working on a solo record, based on a Colorado pioneer woman named Rattlesnake Kate. It’s doused in her songwriting and vocals, and any instrument she has lying around the house- piano, cello and guitar.

‘They’re very meticulous and being apart of that writing team is not for the faint of heart…and I’m quite content to stay out of it.’1

This meticulousness rings true across both of their albums, with each song telling a full-bodied, densely packed story lain atop simple and honest compositions. Dead Sea recounts Wes supporting his soon to be wife; Charlie Boy describes his uncle setting off for war; Angela tells of finding home in another person. Albeit the lyrics are straightforward, the songs can change drastically in meaning depending on the mood of the listener. They’ll make a introspective day go a little deeper, or heighten the excitement of a high-note.

‘Ho Hey’ is a song that was written when Wes was pretty down and out. He feels like it’s a sad song, but so many people tell us they had it played at their wedding. I think it’s really cool that a song can transform that way. 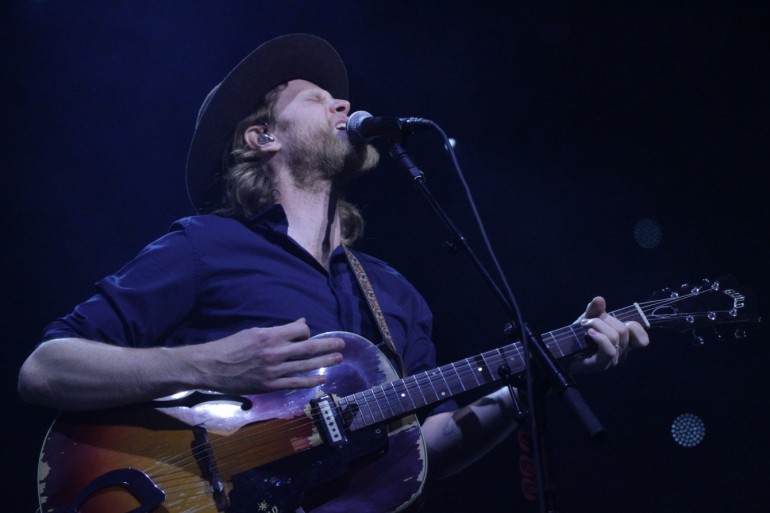 The band notes that they use music as a way to let out emotions, whether in being upset or excited, so it’s not much of a surprise that their songs work both ways. Tracks that may have been written for one purpose take on new life with every listen. With Trump winning the Presidency just days before the show, their songs adopted a much heavier sense than when NOTHING BUT HOPE AND PASSION caught them at Admiralspalast earlier this year. During our talk, Neyla took a moment to acknowledge her disappointment in her home country. She found a positive in the situation- using it as a means to push on her creativity.

Fight Donald Trump with a lot of art

One huge way to get through [the election] is to make a lot of art about it…It’s devastating but I hope that some good stuff can come out of it creatively…I think it’s really reminiscent of what happened in the 60s where people became really complacent and had this sort of uprising. And there was so much amazing music that came out of that… I feel so much depression about this thing right now. I feel it’s inspiring me to cling more to playing music and writing music.

This weighted feeling carried through their live set, as Wes and Jeremiah bellowed out their disbelief in what had recently happened. Gun Song in particular took on a much different meaning. Wesley wrote the piece following his father’s death, after having discovered a pistol in his dad’s sock drawer. When he stumbled across the gun, the songwriter realized that any remaining  questions for his father- like why he had a gun in the first place- would permanently be left unasked. He explained the message behind the song, before letting out a frustrated wish to ask his dad how the hell Trump ended up there. The ensuing song echoed a world that felt a little too heavy, with the audience belting and bolting out the usually uplifting lalas of the chorus.

Their live shows run off the energy of the crowd. The stomps and claps coming from the audience can be powerful or light-hearted, and, like their shows before, very much echo the feeling in the room. THE LUMINEERS weave so much passion into their live sets, that the audience cannot help but to move along with them. The crowd sheds any feeling of restraint and lets their passion collide with that of the band giving their all on stage.

‘I see those bands that get onstage and they’re kind of shoegazing. They play through the record and they’re done and that’s not what we do. That’s their thing and whatever, but we strive to make a live show…We have months of rehearsals to really create the live show. It’s such a different beast than the studio.’

Enthusiasm is the key

Even after touring for years on their debut album, THE LUMINEERS deliver those tracks with the same enthusiasm as their latest release. Tracks like Ho Hey, Stubborn Love and Submarines were the ones that originally garnered them recognition back in 2010, and they understandably started to get stale for them after years of touring. However, with the addition of the second record, those hits got a new life and regained the excitement they started out with. Their new record falls in line flawlessly with their first release, even though THE LUMINEERS cling to making music that suits their drive rather than the public’s desires- a rather refreshing view in a sometimes jaded industry.

‘We were really lucky that we made a record that music listeners were really ready for. But, it was music that we wanted to make, and I think that as a musician that is the most important thing. Unfortunately the type of music that you’re making may not always appeal to audiences, but luckily it’s ever-changing, and unluckily it’s ever-changing…It’s important to keep making music that you feel passionate about. It’s a lifestyle that’s not really ideal. We’re away from home 250 days a year…You want to make sure that the hour and a half you’re playing every day is one that you feel proud of and one that’s really worth doing those things for…staying relevant is important, but making music that you feel genuine about is the most important thing’ 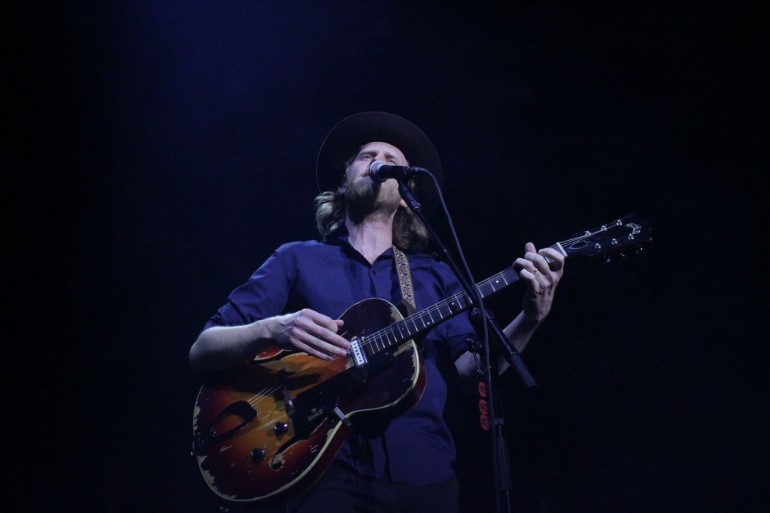 THE LUMINEERS followed this sentiment when they chose a record label that was a little hungrier than the others and which didn’t aim to change their style to make an extra buck. They released their first album under Dualtone in the states, having lucked out on a one record deal- an unusual setup for new artists. By avoiding the multi record plague they may have gotten elsewhere with a big labels, they retained a great deal of autonomy. Feeling inspired to delve into projects of their liking, THE LUMINEERS continued to work with the label as they moved onto their recent release, Cleopatra.

Closing an interview about the emotions she invests into her music, the down-to-earth Neyla was struck by our final question of what hope and passion embodied for the band.

‘I feel like that’s all we have. Being in sort of a dark time, I think hope and passion is all we can cling to right now and remembering the things we are passionate about. There are a lot of reasons to be angered and upset, and I think clinging to the things that make you feel human, that make you feel close to people is really important right now.’

THE LUMINEERS are set to tour through August of next year and will be making it to Africa, Australia and Japan before the spring.