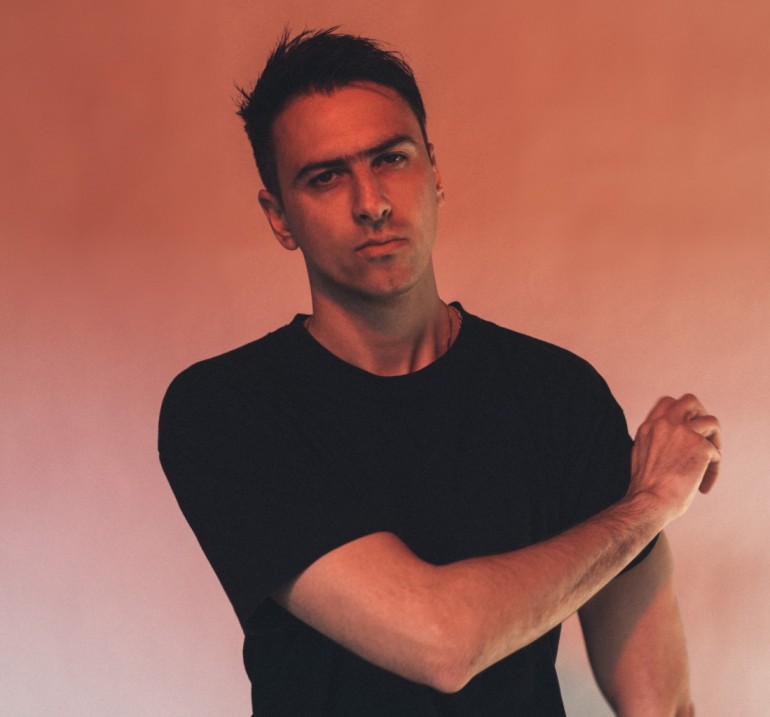 When you look at the streets of Berlin on May the 1st you almost tend to forget that this day was once known for its political uproar and riots. Labour Day changed its face over the past years and today it seems to be less about throwing stones at cops than finding an excuse to drink on the streets during daytime. Friendly families and hip tourists instead of hooded protestors – a somehow symptomatic change of themes in the German capital. However, you can’t generalize this and on this Labour Day, Alexander Ridha showed up without official permission to perform a BOYS NOIZE DJ set close to the Spree in Kreuzberg. The police let it pass and politely informed him during the encore that it might be better to turn off the noise. Ridha and his crew agreed, nobody was harmed and the crowd moved along to the next potential illegal rave.

Yes, the partly illegal aspect of dance culture is still something that heavily appeals to Ridha. Over the course of the past ten years the Hamburg-born and Berlin-based gentleman became an institution in the global dance music scene. He worked with everyone from SNOOP DOGG to SKRILLEX and remixed big players like DAFT PUNK, DEPECHE MODE, PET SHOP BOYS and even RAMMSTEIN. He performed on every continent, from the smallest clubs to the mightiest EDM festival stages. Still, the 33-year old producer remains restless. ‘I’m excited to try out new things,’ he tells me when we meet in his really tiny studio in Berlin two days later. Hidden in the basement, in-between countless synthesizers, drum machines and mixers this is where the BOYS NOIZE magic happens, at least partly because Ridha also owns a second studio in the city. It’s also where Mayday, his upcoming fourth studio album was created over the course of the past years.

On May 1st my @boysnoizerecords crew and I had the idea to throw a street party in Berlin strictly for my fans and the city. We did this very DIY!! As you have seen from the videos the vibe was incredible and very peaceful. The police asked us politely to shut it down and I did. It was a great day in celebration of peace, anarchy and my upcoming record which I played a few times through for the crowd. VIELEN DANK AN ALLE DIE DA WAREN & s/o @musikundfrieden for the Support ✌🏼

Ridha is a restless traveller between shows and studio productions. Releasing a full album just marks one small element in the big BOYS NOIZE microcosm. Playing live in front of an excited crowd still thrills him, the less commercial it is, the better. ‘I did quite a few of those events in the past year,’ explains Ridha regarding the illegal Kreuzberg rave. ‘It’s definitely increasing, especially in the USA.’

‘I find the evolution of dance music in the USA pretty exciting as it really marks something new, especially for the young people. There’s literally no nightlife in L.A. and that’s about to change though a new generation. Thank god, there’s a lot of talented kids who play really rough techno, compared to the cheesiness of a lot of other producers.’

Boys Noize: ‘I was never impressed by the whole EDM-thing’

Alexander Ridha is not the latest scene expert who confirms that the shiny EDM hype in America is about to decline. He couldn’t care less if the bubble bursts as he never considered BOYS NOIZE as a part of that glittering movement. ‘I was never impressed by the whole EDM-thing,’ he explains because according to his understanding it’s quite similar to what Germans and Europeans in general experienced in the early 90s with the whole Eurotrash movement. Still, the end is near and there’s a hopeful line on the horizon.

‘There’s a really strong EDM counter movement in the US already happening now, especially in cities like New York, San Francisco, L.A., Minneapolis where there are plenty of cool labels. Some of them are pure vinyl labels with really rough sounds. It’s all pretty ‘anti’ I must say.’

Despite energizing huge crowds all over the world the sound of BOYS NOIZE never reached to far into the mainstream. And although Ridha remixed some of the biggest names in pop music he never did a RIHANNA remix just because somebody offered him a big bunch of money. He was always driven by a certain punk rock spirit, just like his old buddies JUSTICE and for a while it was a pleasant time, especially in the USA who were introduced to the whole club culture on a whole different level. ‘I was part of the movement although I never asked for it,’ confesses Ridha. ‘We had no idea that it would become such a massive business where it suddenly was all about making money and selling out.’


The upcoming Mayday album is an alternative draft to the stadium techno of Tomorrowland, Lollapalooza and Co. It’s ‘a tribute to the early days of rave’ as Ridha explains me, driven 90s break beats, rough acid lines, hip hop samples and dodgy beats. This is far from generic house music sounds. ‘A six-minute long loop of the same beat just bores me‘, explains Ridha and Mayday tries to transport this element of surprise and creative excitement of his roots right into the here and now.

‘While recording the songs they reminded me of a magical period of time when I also visited the Love Parade for the first time. All those UK break beat records that also included hip hop samples. There’s a lot of naivety and innocence in those recordings, something I wanted to showcase on Mayday as well. I like to mix things up, bring different genres together.’

That genre-clashing spirit has always been a key element in the BOYS NOIZE microcosm. His 2007 debut Oi Oi Oi hit the scene at a time when gentle minimal techno was quite huge. ‘I remember being so bored by all that music and the circumstance that nobody seemed to be brave enough to do something different,’ explains the artist in retrospect. The weird mixture of punk, rock and electronics was still quite special when he started his project and was inspired by those DJs like the DFA gang with James Murphy and The Juan MacLean, JUSTICE but also his Belgian friends SOULWAX and their party project ‘2MandDJs’. ‘I loved how they had no problems with playing The Stooges right after a Felix DaHousecat track,’ he states with excitement while adding: ‘I never understood why purists seem to fight that.’ 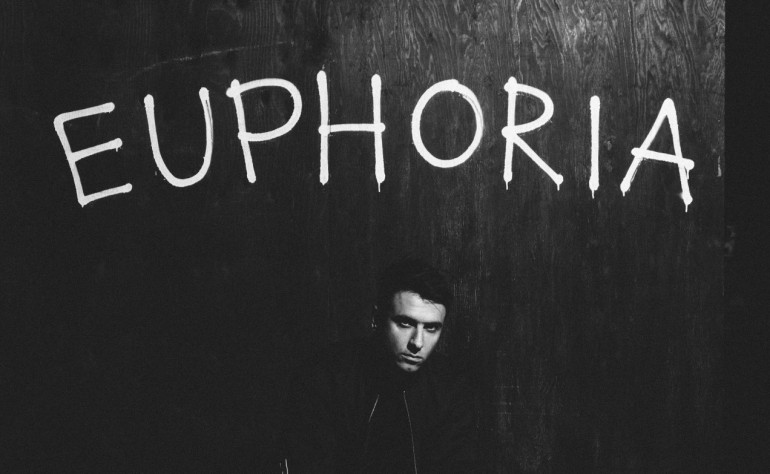 Maybe one of the most frustrating aspects of the dance music age is that clubbing itself became so random and predictable that it looses its euphoric spirit. Over the past years clubs became as generic as the music they are playing. ‘I fall asleep when I hear the same beat and tempo over the course of two hours,’ says Ridha with a big smile. He enjoys being different and playing surprising sets. According to him far too little people do that. Even in Berlin, the former capital of techno, a certain decline in creativity and adventurous spirit is sensible.

‘Berlin lost a bit of its character over the years as it now offers pretty much every electronic subgenre instead of just techno, even posh and generic house music. Ironically, the Berghain might be one of the last places where that old vibe is celebrated.’

And although he’s a big fan of the digital possibilities of the world wide web (‘I pretty much browse new music every day’) for Ridha there’s also a flip side in terms of pop cultural originality.

‘The internet allows us an equal access to information, resulting in a somehow conform understanding of art and culture. People in China can now listen to the same music like someone in Chicago. I wanted the album to break with conformity again.’

Keeping it fresh for yourself and the listener

There’s a positive and negative side to everything but especially the young people are the ones Ridha is putting his faith into. They have no problems with breaking any genre limitations, they aren’t purists and out of this understanding new forms and ideas can rise; ideas that also inspire BOYS NOIZE when it comes to new music. ‘I want my DJ sets to sound fresh, so therefore I pick the freshest tunes,’ explains Ridha. That might also explain one of the key premises on Mayday: the avoidance of the traditional ‘four-to-the-floor’ beat. He didn’t pick the easiest songs for the album.

‘I love it when the listener has no idea what might hit him in the course of a track. That’s the spirit that drives me. I always had this clear vision of how BOYS NOIZE should sound, look and feel like. I make way more and also quite different music than just the one on the album. It really depends on my daily mood sometimes or the people I work with. Of course, music I record with CHILLY GONZALES sounds different than a track with SNOOP DOGG.’

When reflecting on the future Ridha can definitely see BOYS NOIZE running for another ten years. The label owner of Boysnoize Records is in a comfortable position these days, one that allows him to follow his vision with confidence and composure. Any goals left? ‘From time to time I think about starting my ‘New Wave/ 80s’ project,’ he states while breaking out in a big laugh. He also started composing music for films. ‘One thing that’s going to be released soon will be my contribution to Oliver Stone’s movie about Edward Snowden,’ explains the producer. ‘I reworked the main theme in many different ways, produced variations of it.’

His friend Thomas Bangalter of DAFT PUNK gave him a few tips regarding the movie score territory, following the French duo’s contribution in Disney’s Tron: Legacy project in 2010. Of course, Ridha remains close-lipped regarding any information about a new DAFT PUNK record. ‘But JUSTICE are about to return and it’s going to be massive’, he confirms with a whimsical smile. No doubt, v is as excited about the future of electronic music as he has ever been and the scene definitely needs characters like him to remain vital. The party ain’t over yet, it’s just time to scale it a bit down and take it back to the streets and clubs.