Starting from Scratch: Michael Kiwanuka on the long wait for his new album 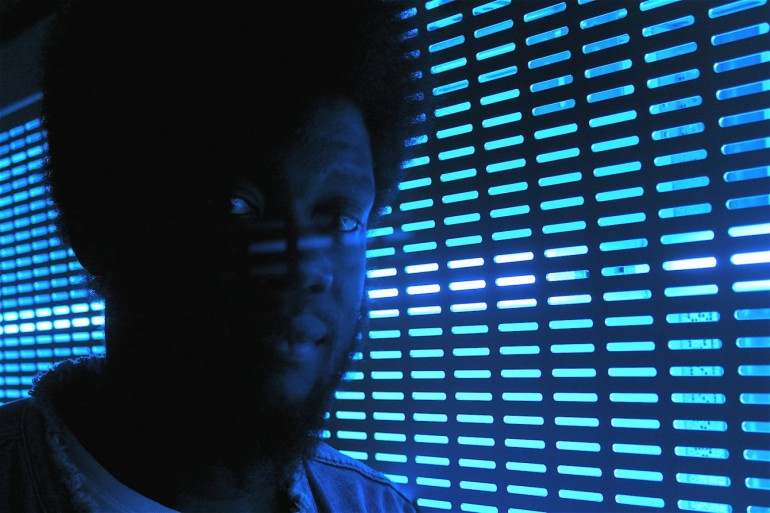 When you put out a successful debut album, the chances are good that your fans and the press will shuffle their feet loudly until another album is released to fulfil the longing for more music. Preferably, the artist doesn’t take too much time to come back with new songs. At least, that’s the unwritten law of how the music industry works most of the time. If you take too long, you might be forgotten. Well, unless you resurface with an exceptionally beautiful album like Love & Hate  like MICHAEL KIWANUKA just did.

It’s been four years since Home Again stole our hearts and made them beat with a soulful ease that earned Kiwanuka a lot of praise. After some extensive touring, it was time for him to give his own heart some deserved rest so it could come up with potential new songs again. That journey wasn’t a particular easy one for him as he confesses during our conversation.

Failure always comes prior to success

Love and hate are two very powerful emotions that MICHAEL KIWANUKA had plenty of time to explore during the process of his second album. In fact, he even felt like both were strongly connected to what he was creating soundwise at the time as he tells us: ‘The new songs took a long time to make so there was definitely a love-hate-relationship going on. The past year of making the album was pretty fun, but everything before that was quite hard. I wasn’t happy with all of the songs and it was difficult to get them to sound right. I scrapped a lot of them, gave up on some and started new ones. That was a time that wasn’t much fun for me. You have to do that sometimes when you make music. You feel like maybe you have failed or there is something wrong, but it’s still good to know when you need to do that.’

‘I love making music. It’s easy, but making an album is quite hard and sometimes I hate it because it’s not coming out the way you want it to be.’

While gathering ideas for a potential second record, the songwriter did not only embark on an emotional journey, but also a physical one to nourish his mind and soul: ‘There were times in between the two albums where I went out to America for a bit and just hung out with my friend in Echo Park, where we recorded some demos. I was there for a few weeks, then I went to Austin for a bit to hang out there with my acoustic guitar. Afterwards I was in London and did the same there. I was in the studio and had made a whole album, but then we scrapped all of it and then started doing this one instead. We did like 16 tracks of which 3 we kept.’ 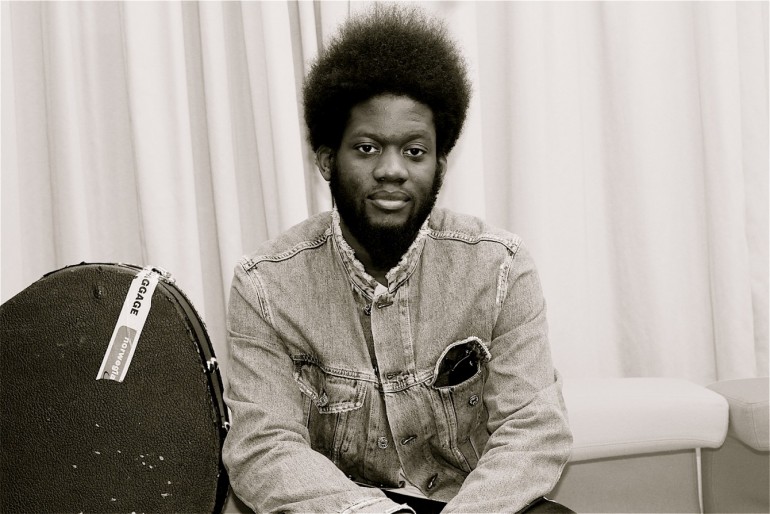 The ongoing despair and frustration could have turned out to be disastrous for MICHAEL KIWANUKA‘s path. However, he was brave enough to accept this phase as a crucial moment of letting go of existing ideas. Despite the fact that there were many people waiting for him to write some more glorious Soul infused songs they could enjoy: ‘When you take that much time, you feel like people can forget your first album and you might have to start again from scratch. Sometimes I felt like I was so far behind everybody else who was putting out their second albums. Then again, I felt like it was the right thing to do to take some more time to make it really good and have a bit of a new sound in it. Almost making it feel like a first album again. It’s quite hard to keep things fresh…unless you’re a genius.’

‘There were times where I was disillusioned and worried about taking too long. I thought maybe I had just been lucky with the first album.’

The only possible way out of that sonic misery was to jump headfirst into some more songwriting to get rid of the little demons in his head. So MICHAEL KIWANUKA did exactly that and learned one important lesson along the way that he shares with us: ‘I felt like I didn’t have many other options. When you have all or nothing to lose, you just become fearless. It’s actually quite freeing to just let go. From there it’s how you come up with interesting stuff. When you’re not really worried  if something sounds bad. What I learned best this time was that you shouldn’t be afraid of sounding bad because sometimes, that is where the good stuff is.’

It’s hardly surprising that all the struggle prior to the release of ‘Love & Hate’ eventually made the album a lot more intense than Kiwanuka’s debut which was just what he wanted from the new songs: ‘I kind of had the idea to do more like a soul album. A more intense record in general. I wanted the songs to connect to people of all ages. I didn’t want the album to be too polite. Anything that sounded too smooth I tried to make it sound more dirtier.’

Love can be a drug

Being a happily-married man now, we ask MICHAEL KIWANUKA about his perception of love which he doesn’t hesitate to reveal honestly: ‘It has changed for me. When I was younger it was more the infatuation that I knew of. It was like a drug so it felt good. Anything from like a crush to a discovering a new hobby or a new album. I got bored quickly so I had that phase where I was excited about something and a few months later you got used to it and didn’t feel the same about it anymore. Then I just moved on to the next thing. Later on, I realized that for the things that you love you have to work on them, too. And it’s a choice. When you actively love, it’s like a doing and a feeling. It’s like an action. With music it’s like that for me.’

‘I love music, but there are times where I don’t like it and I really have to dig into it and it pays off. Relationships are the same way.’