MONTEVIDEO has been lauded as Brussels best kept secret, a band of gents who are truly gentlemen, with Jean Waterlot on vocals and keyboards, Manu Simonis on guitar and strings, Gabriel Reding on bass and Pierre Waterlot (brother of the lead singer) on drums.  To aspire to be elegant in the capital of the European Union is no small feat, and to be elegant AND happy is this gray, rainy city is even more ambitious.  Stepping out from the shadows of all that stunning medieval architecture, frontman Jean Waterlot tells us: “Behind every good song there’s a beautiful girl,” and Personal Space is chock-full of heartbreakers. NOTHING BUT HOPE AND PASSION sat down with these Belgian electro-pop masters to ask about their recent release, and the band’s plans for the future.

So this eleven track album was recorded in fifteen days. Was this really pushing your musical abilities or do you prefer this under-the-gun approach?
When you get in the studio the most important part of the recording experience is the live-recorded performance, having your songs well prepared and having spent time working out all the arrangements before hand is incredibly valuable, that way you can be using your time to add overdubs and other little things to make your song “perfect”.

We spent so much time on the writing process, more than 2 years in fact. We had already worked with Belgian producer MOONLIGHT MATTERS on a first version of Fate & Glory for example, a song that to me eventually would become one of the most ambitious on the album and we had experienced recording and producing Horses at DFA Studios in New York…

But we were looking for a complete sound identity on the album and [producer] JOAKIM chose to record all the tracks all over again as he was listening to demos and he didn’t want to have a patchwork of songs on the album each with different approaches to their production. Therefore, it was easier for him to draw a line between all the songs, searching for the missing link that would make the album coherent.

What can fans expect from a MONTEVIDEO live show? Please say dancing!
It’s a sort of “two-sided” live experience, you will definitely notice MONTEVIDEO‘s ‘electronica’ roots, especially with JOAKIM’s production there’s a very subtle mix between organic sounds and additional synth sounds we use on stage. But on the other hand, we now also perform real pop songs, more atmospheric numbers such as Cave of Kisses, Castles or Out of pleasure, songs that represent the pop rebirth of the band. So, people can expect some sort of contrast during the performance… It’s something new for us too compared to our ‘Disco Punk Era’ from a few years ago.

Is there a bigger tour around Europe in your future?
We are expecting news from other territories, the focus is more ‘local’ at the moment, it’s important to have a strong “home base”, next step will be France and Holland.

Listening to “Personal Space”, one hear’s a variety of influences from French seventies soundtracks and MARVIN GAYE to DAVID BOWIE, the HAPPY MONDAYS and NEW ORDER. “Madchester is” in a obvious nod to the Manchester scene and acid house, yet “Castles” has an almost 60s, THE ZOMBIES type sound. What techniques do you use to keep the album cohesive and making sense?
I’m glad you mention so many nice references but we did not pay much attention to cohesiveness at the very beginning, there is no magical recipe in being cohesive on a record, all the songs just referred to a specific period of the band’s existence. Some took a sort of long path through different musical genres, exploring different arrangements and techniques; adding strings for example, this was a brand new thing for us even though Manu studied it at Brussels Conservatory.

The only thing we knew was that we wanted to work with a producer, someone who  would bring out the best of our Musical influences and also bring the dance music element out in our sound, much like Andrew Weatherall did with PRIMAL SCREAM years ago. It was JOAKIM who kept the album cohesive by using a certain equipment for the recording of the drums, making sure we used similar synths from one song to another, the choice of microphones, etc. All these little production details really do matter and found the missing link between all our songs, we couldn’t expect more talented person than JOAKIM to handle this tricky part of the job.

In describing your sound, you talk about “outside-the-box” dandyism: tell us about bringing elegance back to electro-pop.
I guess elegance is really at the core of everything we try to do. Be it playing records in a club, dressing up for a late night dinner or writing songs, we try to capture that feeling but with a twist. This meaning of elegance in our music, could be compared to a Chet Baker posture or a surreal scene off of PINK FLOYD’s artwork, a romantic and melancoly persona with a broken discoball on the floor. We are very fond of the TALKING HEADS’ elegance on stage, and the way DAVIE BOWIE created different identities from one record to another.

Okay as a San Francisco local I have some questions to Jean who studied there:

a) Mission or the Tenderloin?
Tenderloin! I used to work in the Art Gallery there, on Post Street next to Union Square. It’s a beautiful area, I had the time to walk around the District at lunch time, it reminded me of the late 70’s Movie with Steve McQueen Bullitt. Lots of car chases and jumps from one street to another. I also remember going to the Union Square Levis Store where you could try your brand new blue jean’s in a bathtub, so that the pants would dry on you afterwards.

b) Burritos or tacos?
Burritos! So easy to eat, I really enjoyed eating that with avocado and whipped cream, it’s really fresh! That was the only reason I would go to Mission district.

c) Bay Bridge or Golden Gate Bridge?
Golden Gate Bridge of course! Quite unique, I remember it was always windy there at the entrance of the San Francisco bay. It’s really huge, you would go there if you wanted to get to some countryside during the week end. It’s quite boring though because at the end of the day it’s only a bridge but it has been photographed so many times for postcards that you can’t miss seeing for real…

What are some of the benefits and drawbacks of being up-and-coming band in Brussels?
The advantage could be that Belgium is such a tiny country right in the centre of Europe, so in general bands are much more concerned about what’s happening at the borders.  Brussels is the centre of Europe, so bands are emerging with no set-in-stone identity and they are crossing and mixing all these other cultures and influences into each other creating their own interpretation of “the Music.”

But also as we are a small country, everybody knows everybody, so to have any kind of longevity we have to export ourself quickly or die, which make the Belgian artists sound difficult to recognize but I guess special at the same time.

So many of your songs deal with love (and loss), which of the four of you is the most heartbroken?
At the moment none of us is heart broken, which is lucky for us I guess!  It was more the result of coincidence really, when I started to write the lyrics, it all came about very late in the process, but I wanted to find a theme that would provide the link between the songs and I realized afterwards, that there was always a girl behind each song.

I did not want to sound cliché, but at the same time, love and relationships are universal and so it could be understood by everyone, so I pictured those intense moments you have in a relationship, moments like in Cave of Kisses where a man hides all his fucked up relationships and drunken ‘one night stands’, or writing a break-up letter in Out of Pleasure.

Then gradually through the album you discover the fragility of relationships, in Castles for example I write about how these solid structures can be built on sand, Fate and Glory is about the impossible love between a groupie and her Idol, then there’s a girl’s escape in Runaway Girl.  All tragic stories indeed, more like in a Roman tragedy, I guess.

Anyway it’s true that together it all sounds more like the tragic tale of a heartbroken man than someone recounting the happiest time in a lovely romance, but I was writing more from the perspective of the audience watching my surroundings than truly living those situations myself.

What do hope and passion mean to you?
It’s what you need in a band’s career, maybe what you need the most. I think our song Fate & Glory illustrates those word pretty well, it’s all about devotion, being devoted to someone. In our case it’s devotion to what we do as musicians, you need that devotion or you won’t get any results. The most beautiful part of our job is all about hope and passion, it’s the only way to succeed and survive these days in the music industry. 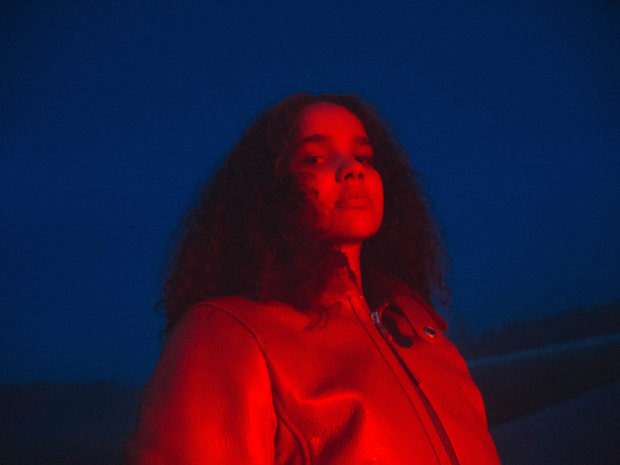