Alaska to Woodstock and back: Portugal. The Man remain restless 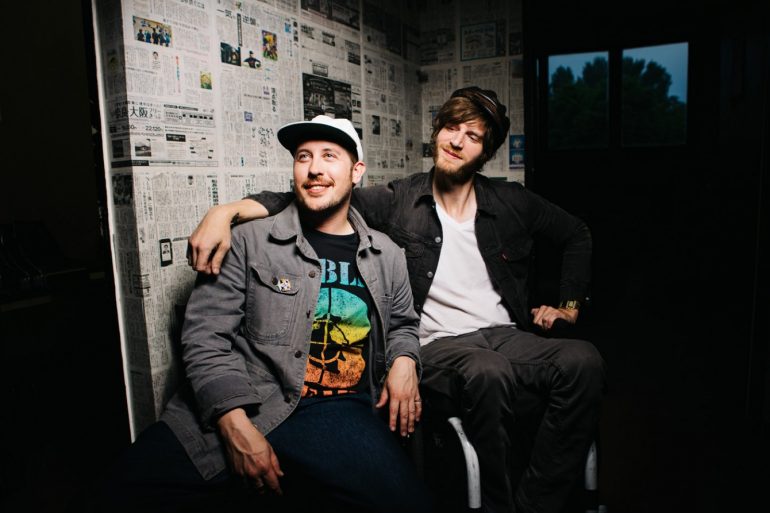 From the time they debuted in 2006, PORTUGAL. THE MAN churned out an album per year, breaking the cycle only after their release of Evil Friends in 2013. They canceled their expected release of Gloomin’ and Doomin’, and left that gap growing until they put out their eighth studio album, Woodstock, last week. NOTHING BUT HOPE AND PASSION sat down with the band’s lead, John Gourley, and bassist Zach Carothers to talk about what took so long in its making, the bullshit of politics and how they consistently reshape their brand.

In terms of their break, it’s not that they were sitting around for the last four years twiddling their thumbs. Zach confesses that they’ve kept their streak of a one album per year equivalent during this time, even if none of them made it into the hands of their fans. On past albums, they would  set a start and endpoint to the track list, head into the studio and get to work on the best lineup they could make. However, with an open-ended schedule and a backdrop of Rick Rubin’s Malibu studio, they tried out the ‘Prince- Michael Jackson’ approach, writing as many songs as possible with the aim of picking the ten best ones. With stomachs full of morning smoothies and the coast just outside, they admit they weren’t exactly rushed. Ironically it was this extreme comfort that ended up holding them back.

PORTUGAL. THE MAN quickly realized this approach didn’t exactly work for them, and they ended up floundering in a sea of new tracks and making more demos than they could handle. This added luxury stems partly from the band being signed to Atlantic, which wasn’t aiming to shape them, but added a bit more padding to their recording process. They made the switch over from a string of independent labels back in 2010, after unknowingly trading playlists and talking music with the label’s head, Craig Kallman, who the band later praised for dissecting their music. They recount the day they were signed, when Kallman ripped People Say to shreds, starting and stopping it every ten seconds to give his input. This same ruthless helpfulness was one of the factors that shaped the making of Woodstock. 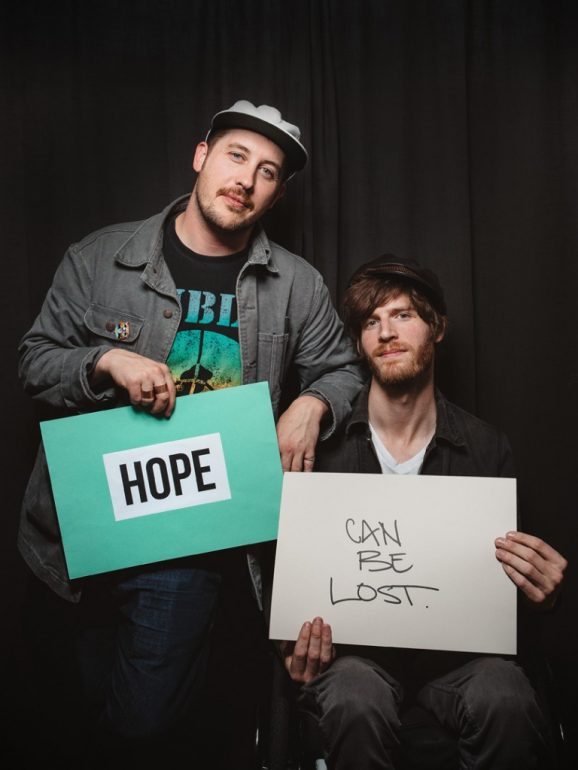 ‘We wouldn’t have finished this newer record [without him]. He popped into the studio at one point, and we still had months of studio time to go and song by song, he was like ‘what if you guys add– it was always something really fucked up and left field…We’re trying to write big songs for this guy, and everything he was throwing at me was random. And everything he did made total sense; it just worked.’

Although Kallman pushed the band through the details, it was a trip to back to their hometown in Alaska and a conversation with John’s father that urged the band to go back to basics and get started on the final version of Woodstock. He urged them to return to what they’d always done, and write their final album from start to finish.

‘We just need to have a start and an end… We went back home and were hanging out with him and he asked us in the most simple way what was taking us so long with the album. He put it in terms of ‘when you go to build a house, you get your bag of tools and you put up some walls and you put on a roof.’ Why aren’t we going into the studio and taking our instruments and recording some songs and putting them out, the way all of his favorite bands did. It was the right time to have that talk because we were just sitting in the studio recording song after song.’

That’s not to say that these original unreleased tracks fell short of their usual ones; they admittedly stacked up in wordplay and captivating melodies.  The problem was in the time they spent recording and moving towards potential release. Years had escaped them since they originally started working on it, and they acknowledge that songs have a way of becoming  irrelevant when they’re put out three years too late. After scrapping the original, the band began anew, starting what came to be Woodstock in January 2016 and only finishing it weeks before the interview.

‘Since then a lot of things have happened. We just can’t take that long; the world moves a little too quick these days. When something happens, we have to say something about it then put it out…Everything you do is based on ‘there’s something in the air; there’s something going on.’ And everything that you make in that moment, even more so today, is relevant for the next month, maybe the next two months’

That’s probably because their lyrics are rife with pressing political and social commentary, rather than tying to any theme that spans eras. The relevance factor is therefore always fleeting. Though this wasn’t their original intention, they feel forced- based on the current social climate-  to take a stance and stand up for humanity. The group laments that everyone is pushed to take a stance, where they wouldn’t necessarily have had to before. They make it clear that they’re only interested in standing up for human rights though, rather than getting into politics.

‘We never thought of ourselves as a political band at all. Anything that we’ve ever spoken out for or against has always been just for social justice and equality among gender and race and clean water and basic human rights… We just don’t give a shit about politics. What we do give a shit about is our gay friends, or people of color. It’s crazy to me that so many of these issues have been politicized. I think what bands and musicians do- we’re entertainers. But the thing that we can bring to that is the fact that we travel around and experience other cultures every day of our lives’ 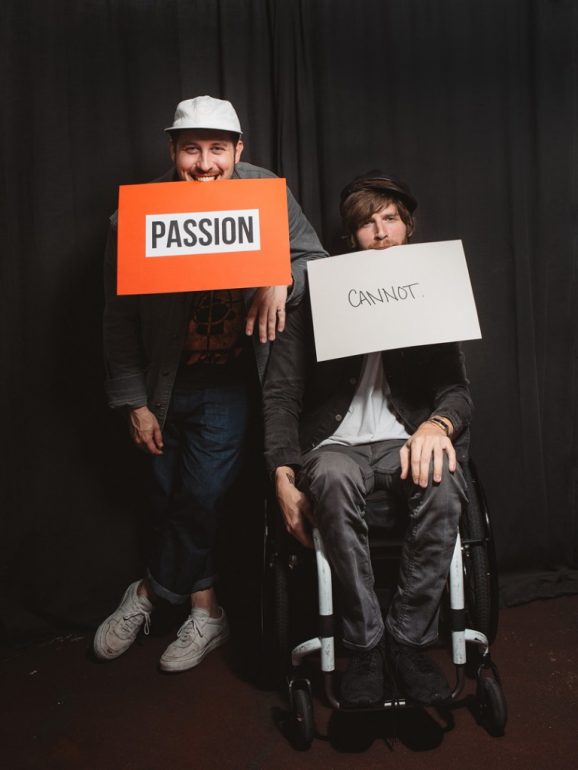 Although they choose to vocalize their stance themselves, PORTUGAL. THE MAN doesn’t view it as an obligation of artists to do the same. They create albums based on what matters to them and think others should keep making music about their experiences and whatever helps them sleep at night, regardless of what that may be. Based on their experiences, however, this often comes to be the most important topic. Hailing from a small Alaskan town, they understand where the lack of understanding and acceptance stems from. The pair acknowledges that by not speaking out, the voices advocating the opposite are sure to overshadow them. With social media in the picture, they recognize that it’s far easier to spread propaganda or use it as a means to gain power.

‘Anybody can say what they want, and depending on how they do things, their voice can get really fucking loud. And it seems like everybody is an anchorman and everyone has their own opinions. Every person can be a talking head just yelling into a screen’

It’s all about the ratings

Ironically, though, the band generously makes their own voice heard on social media, in an aim to promote themselves and please their fans, while simultaneously recognizing its absurdity and artificiality. John defends this double-sidedness, saying he would have loved to check out DAVID BOWIE’s or NEIL YOUNG’s feed and see what they had to say.

‘We have fun with it. That stuff is super interesting and a lot of it is played off of how people brand themselves. It’s all ad campaigns for your life…We just like to learn, and we like to fuck with people too… We know this isn’t real. We know this isn’t how we look of every second of every day.’

For instance, a few years back, fans pressed the artists to post more pictures of themselves, so they hit back with heaps of daily selfies. They pushed along, giving their followers what they asked for, every single day, until fans burnt out on it. The artists realize that attention spans these days are shortening; trends fade a little quicker, and the drone of media becomes all too repetitive. Criticizing news outlets for putting ratings over reality, the pair hopes people get burnt out on it, in the same way they got sick of their selfies.

‘They’re not about giving you information about what’s happening in the world… They’re not going to show you the actual painful things that are happening in the world- like what’s happening in Syria, unless it works Donald Trump into it somehow. It’s all about ratings…People are gonna get burnt out by breaking news…People will get burnt out hearing about the same shit over and over again and they’re gunna have to change the way they sell things to people. I feel like hair metal is the perfect example, just to relate it to music. They found a way to perfectly package something, this androgynous look, oversexualized, and it burned itself out. NIRVANA came in and stomped on it.’

To avoid burning fans out on their music, PORTUGAL. THE MAN is constantly evolving. Just like with the news, they realize people get bored quickly, so they always aim to keep moving. They peg this both on their current lifestyle– in which they rarely ever spend more than two days in any given place–and on their upbringing.  Though they didn’t realize it as kids, they were largely unexposed to any of the arts and music that hit them with their move to Portland. They weren’t jaded by having everything at their fingertips, and it made them hungry for experience. With their release of Woodstock, fans can see their constant evolution and push to keep moving forward as the world does- begging for change and a bit more humanity.