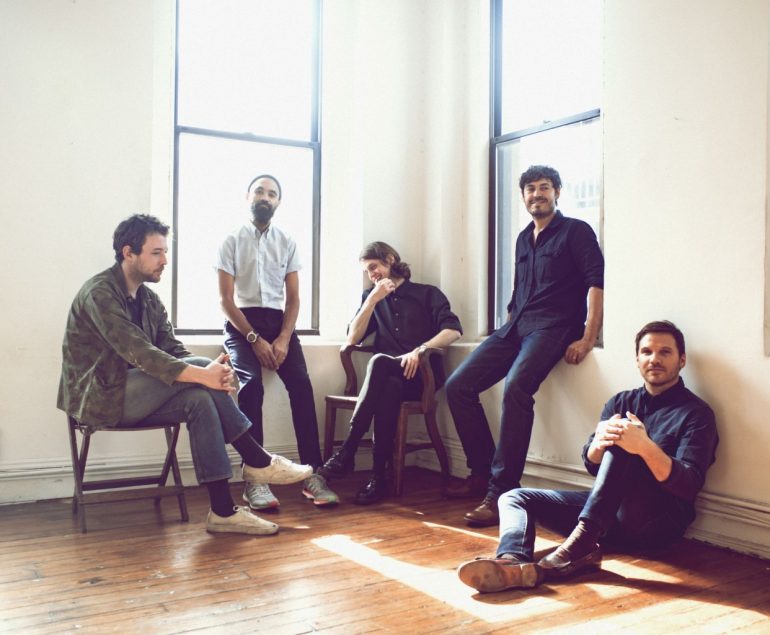 FLEET FOXES have been riding the indie circuit for a over decade now, but after putting out their second LP Helplessness Blues back in 2011, they’ve kept themselves relatively off the radar… or better said ‘indefinite hiatus’ like to tend to call it in the business. Since the Seattle-based band around mastermind Robin Pecknold was last seated at the forefront of indie music, many changes have come and gone, both within the band and for the genre itself. FLEET FOXES’ former drummer Josh Tillman parted ways with the band in 2012 to pursue his thriving solo career of FATHER JOHN MISTY. Pecknold did a bit of solo touring, then enrolled at Columbia University to see what college education had to offer. And during this time a lot of indie acts came and died, or went to the electronic side of things.

Although he has put his music and literature degrees on hold for the time being,  Robin Pecknold plans to return after the release of his next album. He feared that the break between albums was growing questionably long, and took a step back when he started to work on his newest release, Crack-Up, last summer. That’s not to say, however, that his time at Columbia came secondary to his music; Crack-Up may have not come out the way it did if the songwriter had taken a different path.

‘When I was a teenager, I thought of college as something you did if you were just trying to get a straight job. I wanted to do the opposite of that. I just wanted to play music and write songs….I wanted to make the music richer or make what I was working on deeper, and I thought taking some time to go to school would help with that. From my limited experience in academia, it feels like a very safe place to indulge your ideas for their own sake. Which music kind of is. I think in the past I saw music as ‘this melody is good, this melody is bad; this band is corny, this band is not. It wasn’t like ‘well what does this note mean?’. So it was cool to be in a context where you could just think”

This sentiment of indulgent thinking and experimentation resonates in their forthcoming release. Their style shifts from a focus on  Pecknold’s cooing vocals and lighthearted rhythms to chaotic instrumentals and disjointed melodies that somehow just work. He manages to simultaneously sooth with his vocals and create tumult in the backings. The opening track sets the tone for the rest of the album, bringing out the expected rich harmonies but morphing it into psychedelic orchestral rock. There’s also a greater focus on classical interludes, which the musicain casually explains as ‘a nice next thing to integrate’. Looking a bit deeper at the opening track, you’ll find a trend that runs through the compilation: multiple tracks are wrapped into a single piece while others are left unfinished or start off mid-melody. There are these stark shifts in rhythm and style within single songs, made even more drastic by the unrestrained instrumentals.

While some tracks leave listeners mid chord, and surely aching for an ending, others give lengthy outros. If you isolate the track Cassius, -, for example, you’ll find an endstop that makes you wanting more; listen to the album through, and you’ll find it rolls right into the next track, – Naiads, Cassadies. Then there’s the dreary piano outro of Fool’s Errand, the shuffle of footsteps that close out the album and the fade out into distortion waiting at the end of I Should See Memphis.  Pecknold explains his thought process behind the ending of the penultimate track.

‘I felt like there was a hole between I Should See Memphis and Crack-Up, like it shouldn’t just go from the end of I Should See Memphis into the beginning of Crackup. There needed to be something else to bridge the gap…I found recording the vocals for this album to be really arduous. It was really exacting to try and get the right takes. To blow off steam while recording vocals, I would sing really loud and play randomly, just to blow off steam from the exacting process of recording vocal takes…We took that performance and fed it through this pedal called Memory Man.

It’s a delay pedal but you can get this really intense feedback loop. You can build up the sound into this feedback loop. We would keep feeding it into the Memoryman and then we would both do performances on it of changing the knobs and adjusting it to get that wash of sounds. We did that maybe six times and layered them together, then fed that back through. I guess it was trying to build a bridge between those two songs, with something that felt like a memory or something, a memory being twisted up.’

Robin Pecknold digs into his intentions behind these breaks and distortions that shift his style away from his past releases. The album’s title of Crack-Up follows after an F. Scott Fitzgerald essay and anticipates the record’s structure. It also puts a powerful energy on the album from the start.

‘Some of the lyrics on the record reference ideas in that essay. And the way that the album is structured is kind of like it’s been hit with a hammer and then reassembled. It felt a little more impressionistic…I guess I write music as these little sections and then kind of figure out the best way to combine them later. And sometimes it’s whatever feels the most natural, or sometimes it’s whatever feels the least natural as far as sequencing. Some of the changes I wanted to feel like they didn’t make any sense and then some- even though it’s transitioning into something completely different- it’s the right feeling for the next piece of music you’re hearing.’

Even as one of the bands that spearheaded the indie folk movement, FLEET FOXES has failed to keep themselves in any box with this release. They are a mainstay in the genre while now working to push out of its confines. As the genre is changing, so are they.

‘After our last album came out, it seemed like there were bands that you could typify in the same way, that were then going onto even greater success. There was a lot of stuff that I was proud to be associated with and then there was some stuff that I was not as excited to be lumped in with. I think part of me wanting to take a break was trying to disassociate the band from a cultural context. For me, with making music, and having had some exposure, and having been placed in a context by other people, I ended up in a place where I was doomed to just be reacting to what other people had said about the band or something.

I think I’ve been trying to get to a place where, instead of being in a reactive position, I’m in an active one where I’m like ‘this is just what I think is good music’ regardless of what you say or what context you think it belongs in. This is just what I believe in on its own aesthetic value. It seems like the indie folk genre is a trend of the past at this point, which is totally cool with me.’

After taking some time off,  Pecknold can distance himself from the genre that he shaped and make the next move on his own terms. He stresses that he aims to push his boundaries in a natural way that isn’t reactive. He recognizes the trap in both the expectation to keep changing while facing potential criticism of changing too much. He discredits the practice of trend hopping, either for sales or forced artistic shift, but instead reaches for a fluid approach to his releases. Then the conversation spun into a musing on free will, with  Robin Pecknold wondering if maybe they’re just carrying out a pre-set narrative.

‘You’re making your music into sports, where you’re just playing to other people’s perceptions of your reactions. I’d like to be making music that is just about the progression the music itself is taking. There are bands like RADIOHEAD that I think do that really well. It doesn’t feel like they’re just trying to zag all the time. Even if their records are distinct, it’s because that’s just the impulse they were following…When you start a band, are you just setting off a teleology or narrative that you are doomed to have to play into? Is there a music beyond this level of concern?’

Albeit playing into a narrative or not, FLEET FOXES kicked off their Crack-Up tour with a series at Sydney Opera House, and will run shows through the winter. They’re donating a dollar of every ticket sold on the tour to the ACLU and Planned Parenthood if you’re looking for an extra push. 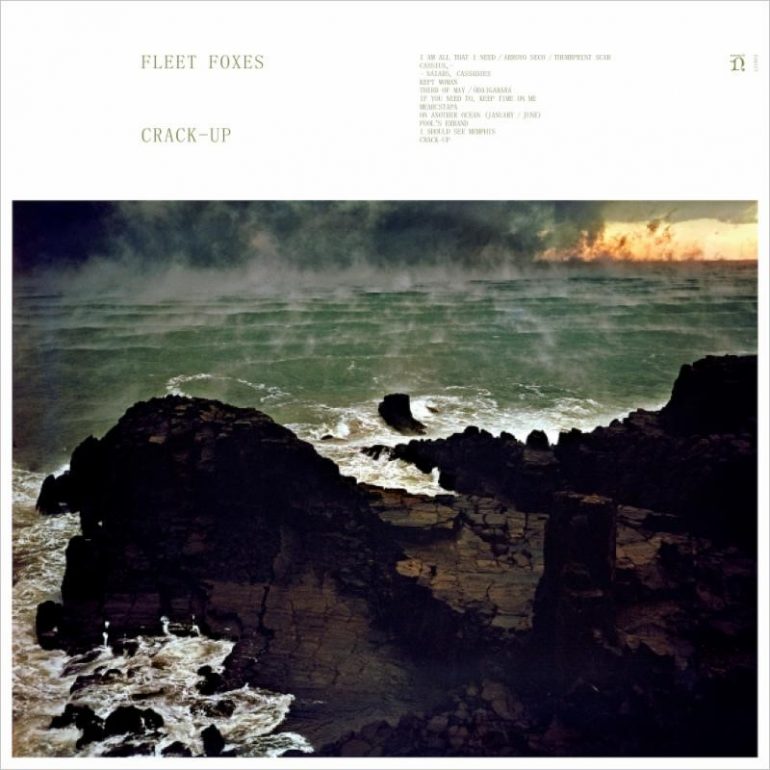