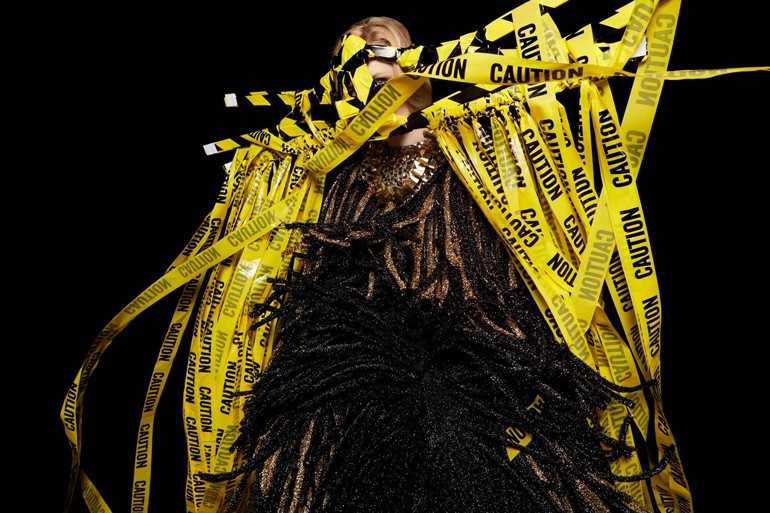 NOTHING BUT HOPE AND PASSION editor Paul Thomas spoke with the ever-eclectic and amorphously eccentric singer RÓISÍN MURPHY from her London home a few weeks before the release of her upcoming album Take Her Up To Monto. The accidental Irish songstress elaborated on how geography played a role in how she stumbled into becoming a musician in the first place; the importance of architecture in her adoptive home town of London; the natural cycle of losing and attracting new fans over the decades as well as her current obsession with master film-maker Paul Thomas Anderson.

I originally came across your first (MOLOKO) album Do You like My Tight Sweater? in the late 1990s because I heard TRENT REZNOR (of NINE INCH NAILS) was really into it, which I thought was fascinating in terms of one artist being interested in another artist’s creative output – someone who makes music like that being interested in what you guys were doing – it is a funny connection. But It also got me thinking that you have racked up almost twenty years of fans at this point.

Kind of. I think I lose fans along the way. The way that I behave, you know, when I change I shed some fans, but I always gain some fans, so it is not the same fans as twenty years ago… I think the way to survive is to draw new people to new music, but there is obviously a natural shedding of people (laughs) – they just seem to go away…

I have a short attention span. So, I get bored very quickly and I move on. Sometimes I have done that when people clearly weren’t expecting me to, and that is what has enabled me to still be here. In any career you shed people, but it is about being able to take on new fans and reach new people as well, so there is a balance to be find there. It happens in a very imbalanced way because I am quite extreme about changing up.

‘I haven’t even scratched the surface’

This is your fifth solo album and they are all markedly unique and different. For those who know your work, is there anything you would like them to know about how this most current evolution has come along?

The next thing that I do, won’t be this thing, that is all I can say (laughs). Musically: definitely not. It is going to be different. I have already started making music for the next phase. There are also things happening for me on the visual side: I am becoming more and more fascinated with directing, and even I don’t know where this is going but it is very exciting. The big question for me isn’t that much related to music: do I begin to take myself out of the work?

Your amorphous self is so central to what you are doing, so that seems very abstract. To take yourself out of the work…

I would have to find other amazing performers to work with, so I haven’t even scratched the surface but I think it is a surface I’d like to scratch. I may need to join an acting class.

RM: Yeah ! Really! Just to explore that. Not to become an actor but to explore performance and dialogue on that level, but mainly to contract with other performers. 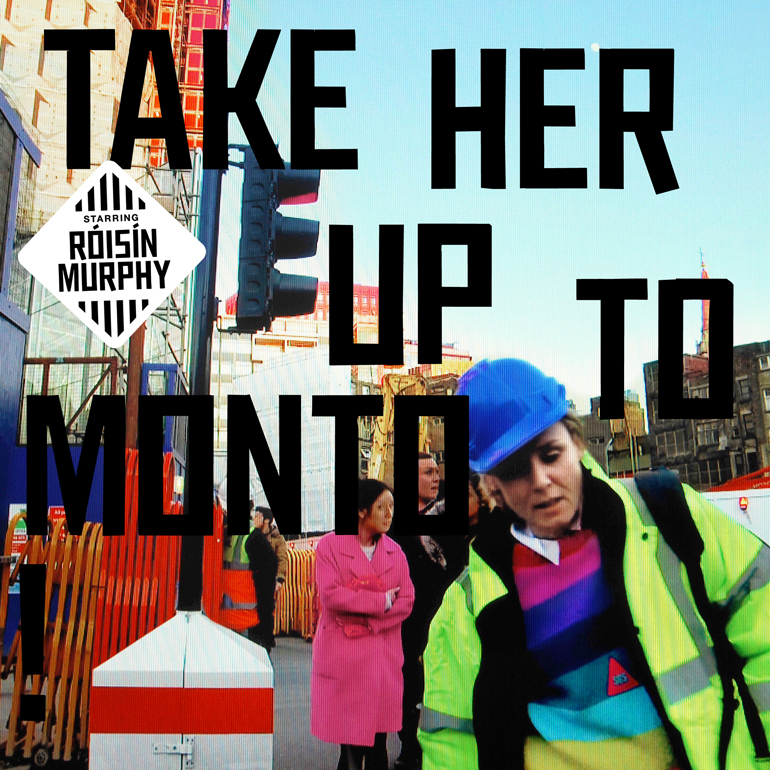 The new album by Róisín Murphy will be released on July 8.

In that case does the work depart from the musical realm?

That is another question of extrapolation, you know? I wonder if I’ll ever make a visual that doesn’t have my music to it? Having said that I am so lucky that music is the center of what I do. It is the most important creative element, I think.

People relate to music much more than they do, say, paintings – even films and even books now. Music is like a kind of an element, so to have it at the center of everything is a privilege. To walk away from that a bit quickly would be very foolish, I think. So I don’t know where it goes.

The music makers come to town and a thousand people show up – and they already know the words! It just doesn’t happen in other mediums and I would imagine it also leaves plenty of room for those working in other creative mediums to be pretty jealous; if you are going to see a film you are sitting alone in the dark.

Music affects everyone in a very intimate way. If I meet a painter they love music and they need music to paint, and same with a writer. Everything is about the basic structure of music as an extension of reason, so every architect loves music. And then you meet this banker who loves music and he has a tiny little practice guitar with his headphones on! (laughs) It is a pleasure to have music at the center of what I do, even if It was not a thing I planned. I wanted to be a visual artist – and even when I was a very young child that is what I thought I would be. I accidentally fell into music.

‘Architecture is an extremely positive hobby because it is fuckin’ everywhere’

Seems to have been an effective detour thus far. You mentioned that the upcoming album has a bit to do with your life as a Londoner. How does London function for you as a creative place and as a creative person?

It is the center, obviously, but it’s not that creative (laughs). Musically, compared to places that I have lived before: there is Manchester first, of course, felt like the center of the universe. And then I went to Sheffield, EVERY-ONE in Sheffield made music or they were connected to it somehow or another: They had a record company or they were DJs or they made artwork, so it seemed like I had gone to the right place if I was going to accidentally make music. Definitely. I loved music in Manchester. I was obsessed with music. My whole life revolved around music, around going to see live bands going to night clubs and live shows. But I wasn’t really surrounded by people who made music until I went to Sheffield. 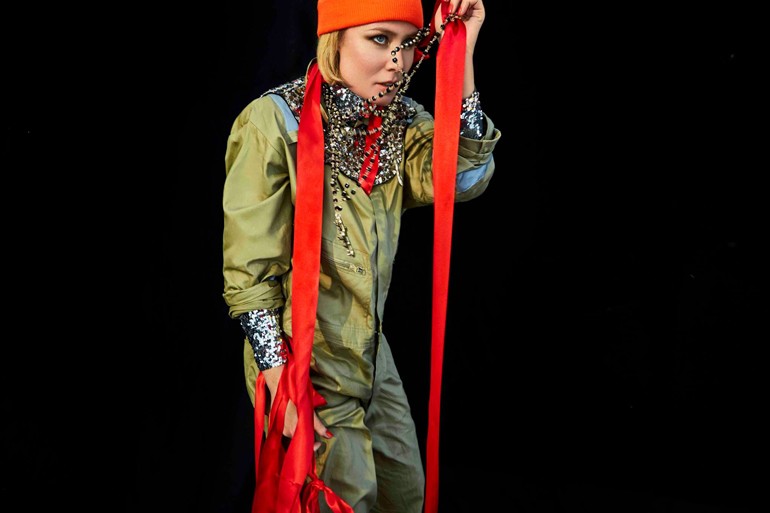 I was really into architecture as a teenager. I had gone out with an architect and we travelled around Europe looking at architecture. I got back into it over the last few years through social media groups and going around photographing buildings and sharing my thoughts – as they did likewise – and if you love architecture it can make you feel very good to be alive, you know? It is an extremely positive hobby because it is fuckin’ everywhere. It is so easy to not to look at it – to be oppressed by it – that actually once you turn your gaze on it it becomes something that you can enjoy, and something that doesn’t overpower you  as much as it doesn’t when you’re not taking any notes of it.

It has really made me get around the city and use the infrastructure a lot more in the last couple of years than I did in the beginning. It takes a long time to get used to London. It is just SO big and complicated, but it is not complicated once you get used to it. It is really cleverly done – the tube and everything – It is amazing. I feel more free and slick inside this city now: I can go anywhere and be anything, whereas in a smaller town you are constrained by what people think of you and so on and so on. You become more intimate in a smaller town; but I can disappear into London or I can be very big and very flamboyant. I can go from one extreme to the other, which really suits my character, because I go from being very much an outputter to being very much an inputter. I am absorbing and reading and taking on new obsessions. At the moment I am looking at everything to do with Paul Thomas Andersen.

I just forced my mother to watch Inherent Vice against my better judgement.

… nd even then you’re like: why do I feel stoned after watching that movie?

That guy is amazing. I have been listening to all of his talks and watching interviews and documentaries… which makes me think: where do I take this love now?

What do hope and passion mean to you?

Everything! I pin all me hopes on passion! (laughs) You have to throw good instincts in there as well, of course. I don’t know about other people but with my career everything has been like that, like: I’ll just do that. You have to follow it through with some passion. Hope? I daren’t even acknowledge. In the creative world it is all about hope because if you don’t feel like you might fail then you’re probably not going to do anything very good.