Presidential Progress: Roosevelt on Songwriting, Producing, and his Moniker 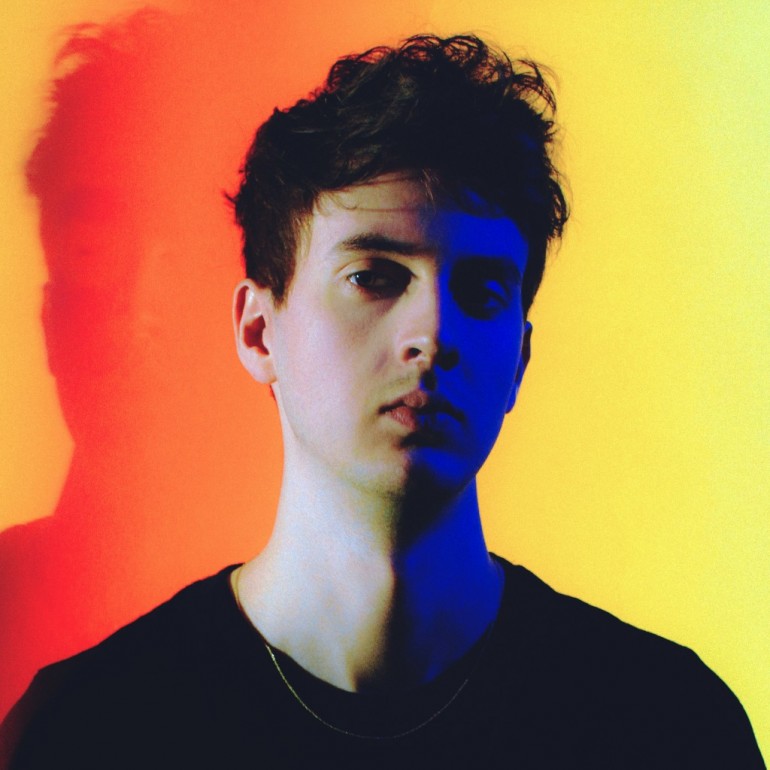 It’s the beginning of August as I meet Marius Lauber aka ROOSEVELT in a cosy bar in Cologne. The clock strikes 10 AM and although it should be a beautiful summer’s day, the sky is grey and it’s heavily raining. The moment Marius arrives I immediately start to think of ROOSEVELT’s self-titled debut album whose release campaign is in full swing. It’s a warm and elegant (end of) summer record whose Balearic inspired synth pop doesn’t match the rainy and rather cold weather at all. ‘Marius, the weather conditions today do not really match the mood and atmosphere of your record, right?’, I remark. Marius smiles and replies: ‘Not at all, just look at my “white” shoes’.

Bearing in mind mind that Lauber is a young man in his early twenties, his artistic career is remarkable. Before he initiated what he once considered a ‘side project’ and what in the meantime has become a full time job, Marius was the drummer of a once promising indie band called BEAT!BEAT!BEAT!. Their most popular song, Fireworks, is still being played on the radio every now and then. Once the band decided to part ways, ROOSEVELT appeared, released the debut track Sea on the internet and a new President of youthful synth pop was found. Ever since then, Marius released great songs one after another including Elliot, Hold On, and Fever. Following the release of his first full album in late August, ROOSEVELT now embarks on a European headline tour that sees him perform in countries such as Denmark, France, and Great Britain. NBHAP editor Chris sat down with Lauber to reflect on how his songwriting and production skills evolved over the years and what exactly the moniker ‘Roosevelt’ means to him.

In the course of the past four years you released various singles like Sea, Montreal, and Night Moves. Besides all of your songs sounding fresh, energetic, and youthful, they always tend to be minimalistic, clearly structured, and coherent. You sort of get the impression that you work strongly analytical.

You possibly get the idea of me being somewhat analytical because I work on my own which differs a lot from writing songs within a fixed band structure. Now that I do 100% by myself, I am quite perfectionist. Still, if it comes to my own perception, it doesn’t feel that analytic. It’s more like you get this impression because I’m responsible for each and every decision. Maybe this is an easier situation for other musicians, but at least for me it feels completely different. When you’re part of a band you are constantly involved in making compromises. For example, someone would introduce you to a new part of a song that is not necessarily your kind of thing, yet you might think that it sounds great or is fun when it’s being played live. All these compromises completely vanish when you’re on your own. This is probably why I’m careful about releasing songs and putting out records. I’m not really the kind of person who uploads demo versions to Soundcloud. I need to be 100% sure about each and every release and so it’s no problem whatsoever if things take half a year or even a year longer. This is what happened to my debut album. It took considerably longer to complete it than I’d expected and planned. Still, now I know that this is the best I could do. I’m confident about the record. You know, I don’t like the idea to look back, thinking that you should have worked more on it in order to make it sound better. So in the end I’m probably more analytic than I think I am. But if you’re a solo musician I guess this is naturally the case. You’re completely responsible for your work. Simply put, it’s truly different from being part of a band.

How do you approach a new ROOSEVELT song then?

Well, if we talk about writing songs things vary, of course. But usually I do have a concrete idea for a song crossing my mind that is in turn strongly connected with certain lyrics. It’s something you probably wouldn’t assume as in terms of mixing and production the lyrics and the vocals tend to be more in the background of the tracks. The latter marks a strong difference to the common way modern pop songs are produced these days. However, good examples are songs like Colours and Wait Up whose instrumentals are strongly connected with their lyrics. Ultimately, the instrumentals wouldn’t make any sense without their vocal lines. So, it’s not the case that first I write an instrumental and later on I try to think of the lyrics. It’s more like a symbiosis. These two things go hand in hand.

Does that mean that even after all these years making music you learned a lot while creating your very own songs?

The whole production process really feels like, well, a learning process. You don’t reach a point where you think ‘Now I’ve learned this, great’. It’s more like you learn all the way through it and it never stops. This is what’s really exciting about producing a record. Apart from technical issues you also learn a lot about yourself and what you really want the record to sound like. For example, one of the greatest developments is that I wanted the vocals to be more in the foreground of the production. It’s something you can clearly hear when you carefully listen to the record.

During the writing process of the album I have become much more confident as a songwriter. It’s probably the most important development for me. Whereas in a track like Sea the first 20 seconds reveal more or less the whole song, newer songs on the album include hooks, solo parts, and much more traditional sound structures and patterns. So what’s most significant here is that I really learned to write songs.

Listening to Roosevelt now, I guess you can clearly say that the whole project developed a lot during the past four years.

Absolutely. However, everything evolved quite naturally. At least it feels like it. Maybe it’s because I first considered Roosevelt a solo project and it was more about creating a certain sound aesthetic. In the beginning, I did not think about writing a whole record at all. Also, I could not imagine going on a headliner tour. It’s been more about trying out things. But if you plan to release a whole album, you automatically start to think about writing songs. It’s probably because of the format. It’s different to putting out a two track EP, for instance. So, the development just makes sense. However, it’s all been possible because I’ve become more and more confident in terms of writing songs and also performing live.

‘I think the current trend that artists want to be ‘authentic’ is terrible.’

Would you say that writing songs and later on producing them are two aspects you treat differently?

This is definitely the case. When it comes to writing songs I kind of like to lock up myself in the studio. Very often I would stay there for a couple of days, just writing. After some time you don’t even know whether it is day or night and you just sleep whenever you feel too tired to continue writing.

It helps me to get rid of daily routines in order to get completely involved in the writing process.

However, once the tracks are written, producing them works differently. It’s the beginning of a new phase and it definitely feels more like actual work that you’ve got to do. Then I’d go to the studio, work for eight hours and then call it a day. I’d simply call it two different states of mind. Whereas the songwriting process could be characterised as maniac, it certainly helps to think of the production and mixing phase as a more functional aspect. 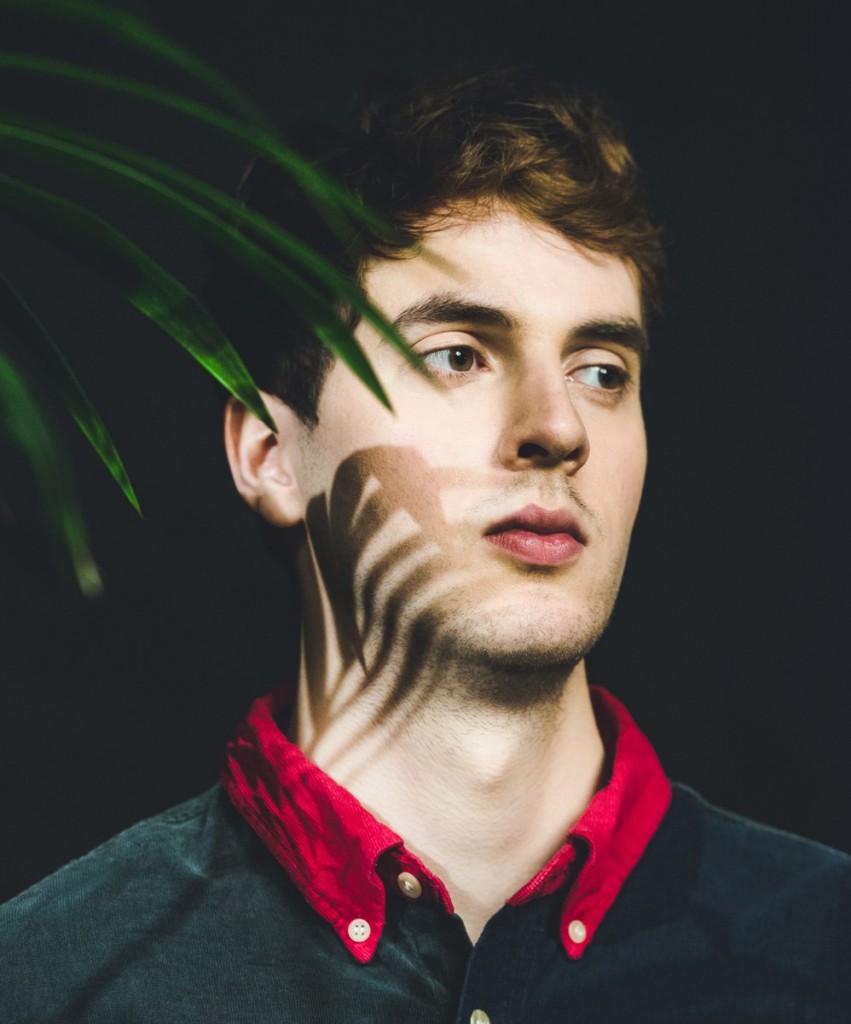 You said that you personally have become more confident throughout the years. In how far is ROOSEVELT a fictional character?

Well, I think it’s a bit ‘lofty’ to speak of a fictional character and it sort of gives the impression that you’d like to emulate BOWIE, for instance. It’s more like that:

I consider Roosevelt someone I’m producing for. It creates a distance and limitation that helps me to come to terms with the sound I’d like to produce.

Maybe that’s because I produced another band and some other stuff before I started to write songs under the moniker ‘Roosevelt’. Also, I produced the first two BEAT!BEAT!BEAT! records. So, producing has always been an issue for me. What is more, considering Roosevelt a figure also helped me to think about my own stage persona and how I’d like to come across when I’m on stage. Although this may sound somewhat esoteric that’s just not the case. It just helps to get a clearer picture of certain things. As I said, you start to think about the sound you’d like to do and at the end of it all you discuss how you’d like to perform. So ultimately it helps me to decide how I’d like to come across as an artistic persona. Again, this seems to be quite a natural process. First, you think about your music, then you discuss the visual aspect of your work.

So it’s not the case that ROOSEVELT is Marius Lauber and that you need to be authentic.

True. That’s not the point. Personally, I think the current trend that artists want or need to be ‘authentic’ is terrible.

Just have a look at BOWIE’s work. When I first got in touch with BOWIE as a kid I assumed that he’s an alien. For me, it’s all about creating something that’s not reminiscent of everyday life. That’s what pop culture is about. And that’s also why all these ‘authentic’, hoody-wearing singer songwriters are just not my cup of tea. Still, it’s a bit sad that some people aren’t interested in ‘characters’ as well as the theatrical aspects that pop culture includes any longer.

In broader terms, the perception of artists and their work has significantly changed in recent years. It’s something you have got to deal with as well.

Yeah, it’s sort of become natural that as an artist you’re ‘available’ with Instagram and everything else involved. On the one hand, it’s a nice tool and it feels good to share pictures of how you work at the studio etc. On the other hand, these tools also ‘disillusion’ what you aim to create with, say, a record. So you always need to consider both sides. You need to be aware of that.

You seem to have found a compromise here. You clearly use social media tools but you avoid to overuse them. Still, people succeed take notice of you and your music very well. So, it works.

Yes indeed, so it does.