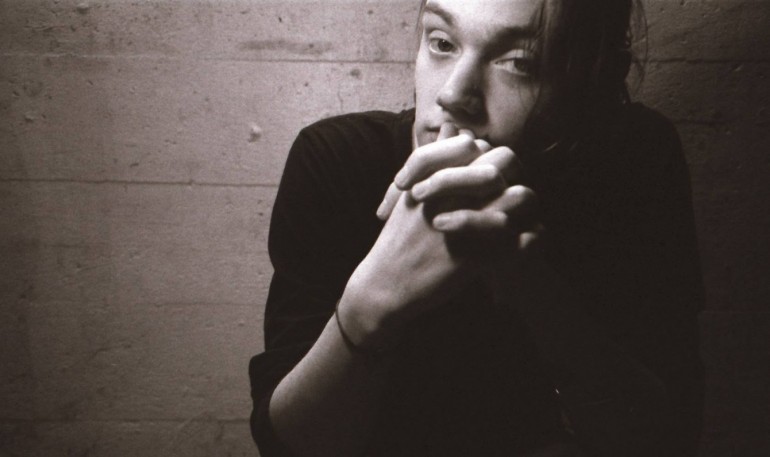 Before summer goes to bed and the birds migrate to the south, before the days get quiet and dark, there is this time when the sun triumphs over the cold autumn wind and sends its warm and golden rays earthwards on more time.

We know this time as Indian summer, in Sweden it is called Brittsommar. Good name for a band project, thought Sawyer Gebauer, when he heard the word back in 2010. The young man had just moved from Madison, Wisconsin to Sweden.

‘Sweden was in the back of my head. I think I was listening to Swedish music at that time and I wanted to check out what the music would be like there. I ended up working on a farm and I fell in love with the farmer’s daughter Evelin.’ With Evelin, who plays the violin, and guitar-player Johan Björk Dahl Sawyer started BRITTSOMMAR.

They moved to Berlin where they found cellist Chris Smith and drummer Gillad Reichenthal. Since then BRITTSOMMAR is a constantly changing project, with its members wandering like the migratory birds – wherever their instincts tell them to go. If they announce a gig at some cosy bar in some town, you never know who will join Sawyer or if he will be alone, sitting on a stool bent over his guitar, a cigarette stuck between the strings, singing songs that are deeply rooted in the storytelling Americana-traditions of his home.

For his latest work, The Mary Me E.P., following the albums The Machine Stops (2013) and Day of Living Velvet (2011), Sawyer has officially taken the solo path. ‘The album was recorded at TRI Studios in San Rafael, California at Bob Weir’s (GRATEFUL DEAD) studio. The producer Brad K Dollar had a great set of musicians on hand.’ He had indeed. Wonderful rhythms, sometimes circled by a viola-melody as light as a feather, together with some distant drums and gently plucked guitar strings, make the perfect bed for Sawyers unusual deep and erratic voice. The five new pieces perfectly capture the mood of an indefinite journey, evoking bittersweet memories and the vague feeling that we have to leave things behind if we want to move on. ‘Even heaven on earth with time becomes hell.’

How would you describe your music to our readers in one sentence?
You can never go home again.

Which 5 tracks should start a mixtape to perfectly capture your musical influences?
Wow, that’s an almost impossible question to answer. Its always changing and moving. But I’ll try with the first things that come to mind:

Describe your earliest musical memory.
There are many. Like being scared of TOM WAITS’ voice as it was playing on my parents LP player when I was young.  Listening to music and wondering what exactly it was that ‘makes music’. But most of all, my father playing harmonica in the living room as I fell asleep. I hated it then. Understand it now.

Would you rather be a dragon or have a dragon?
Own one I guess. Both seem like a lot of work.

Tell us a mostly unknown artist we should definitely check out.
Ted Lucas – I’ll Find A Way To Carry On

If your music would score a movie, what sort of movie would that be? What actors can you imagine playing in it?
I really want to get into music composing more. I’ve done it a bit and have been influenced by NICK CAVE and Warren Elis’ soundtracks quite a bit. Also did the work for the BRITTSOMMAR documentary that’s coming out at the end of the summer. Not sure who would be in it.  Javier Bardem? Sean Penn? Alicia Vikander? Scarlett Johansson?

If this whole musician thing won’t workout – what would be your alternative dream job?
That thought scares me sometimes.  Try not to think of it. Gotta continue like a hell hound on my trail.

The music industry is changing quite heavily these days. What’s the best and what’s the worst part of these changes, in your eyes?
That it all depends on ‘likes’ or ‘views’.  That you have to pay Facebook to get your product to be ‘seen’. It’s revolving around the invisible. Its also a doubled edged sword with how easy it is to be visible as well. You have to cut through a lot of fat to get to the good stuff, but when you do, its great- and how easy it was. You used to have to buy or order an album and hope for the best. Now you can flip through the tracks and make your playlist.

Unleash your inner Burt Bacharach and complete the following sentence… ‘What the world needs now is…’
… the beauty of the unknown.

What role play ‘hope’ and ‘passion’ in your life?
Hope is my mind, yet, that can be my bitter vice as well. The guitar, the move, and my lady is the passion.