The Storyteller: An insight into Mark Pritchard’s fascinating mind 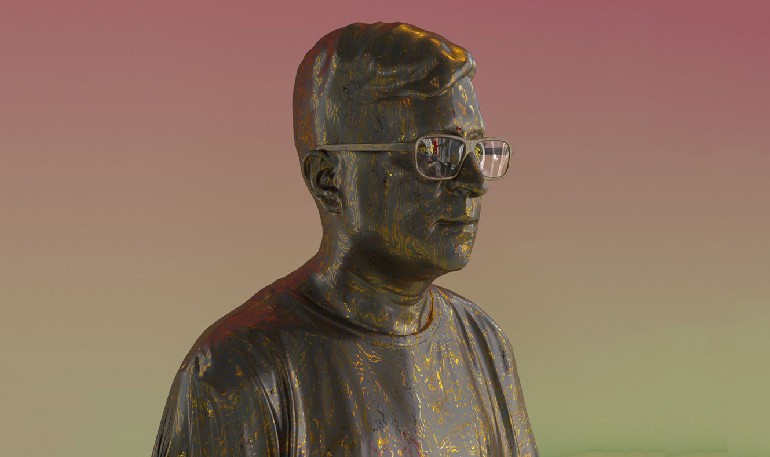 MARK PRITCHARD also known as HARMONIC 313 is one of the most singular and interesting character from the current electronic scene. Signed-up to the famous Warp Records label, he’s meandering between avant-garde, jungle, hip-hop, ambient and folk. No less than that.  He’s born in England but his studio headquarter is in Sidney. He’s travelling a lot as a successful DJ whose guilty pleasure can be switching from footwork to krautrock through an ambient song. More than a musician, PRITCHARD is a music-addict. Through his works or DJ-sets, he tries to widened your perspective, stretched your limits, and show that we have so much more to create and explore. He’s also a man of collaborations, and his just released album Under The Sun features exciting guests such as THOM YORKE, BIBIO, LINDA PERHACS or BEANS from ANTIPOP CONSORTIUM.

A few weeks ago, I had the chance to have a very long and connected conversation with the man – for the French magazine beyeah.net. We ended up breaking the fourth wall and talking about all this media game, on how stories are to be drawn everywhere and how it filters everything. But isn’t it at the basis of beauty in art? Particularly in Under The Sun, MARK PRITCHARD shows how storytelling in music can be much more complex than its current state. Therefore, here’s a story about one of my favourite story-teller.

The power of disappearing into thin air

By navigating between different sorts of narrations, different codes from different genres and from various eras, PRITCHARD made an ageless album that’s solely a journey for the mind. Don’t expect to get it easily, the piece starts by flirting with your soul but takes time before giving it up completely – desire also exists in art. The first track, soberly titled ?, launches the album with a long drone sequence that puts you in the right mood before consuming the story that’s about to come:

‘I wanted to start with that because that’s the kind of track that shuts me down. It can produce the same effects on your brain as some spiritual experimental jazz or classical avant-garde can do, have a look to composers like Penderecki. In cinematography, you can think of the opening sequence of ‘2001 Space Odyssey.’ Music triggers electronic signals in your brain and that cause you to feel certain things. I’ve always had a fascination for the things that can shut you down. Music can make you happy, or sad, but some can also shut off time, shut everything off. Like everything has disappeared. When you’re able to make this kind of music you also feel it, you can literally self-meditate with it.’ 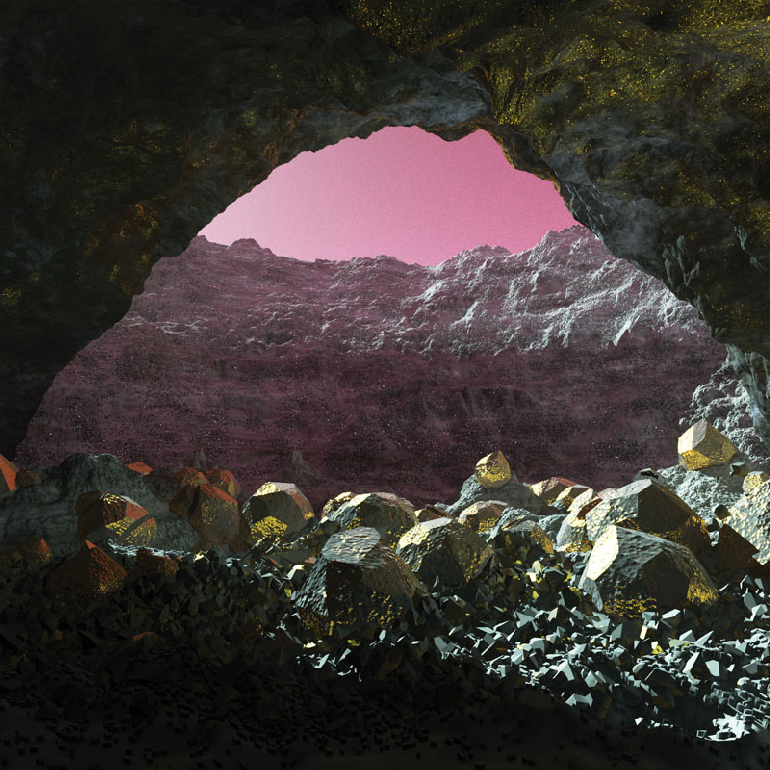 Interpretation of The Blinds Cage by Jonathan Zawada.

What most fascinated me about Under The Sun is its narrative structure. The album is divided between three parts, each one getting more aerial and ethereal than the previous. Emotion is scarcely present everywhere as vocal tracks are separated, but rhythm tracks are mainly at the beginning. Despite what you could think, and despite PRITCHARD having built the album with the intention of including its THOM YORKE collaboration, the most important track on the album is The Blinds Cage. In it, ex ANTIPOP rapper BEANS tells the story of a man dying and its soul slowly elevating. The four last ambient tracks that follow become astonishingly cinematographic, and the last track Under The Sun comes relieving you from your journey.

In western music, our narrative structure usually works in a slow continuum towards a climax – and then fades out. This album works differently and isn’t about climaxing but the journey in itself. There isn’t any conclusion to it, because it doesn’t need one. It’s about seeking the inexpressible; and finally getting it, after having travelled through various landscapes. MARK told me more about how the BEANS collaboration went up:

‘This track is 13 years old actually. It was at the time ANTIPOP just split up. I wasn’t exclusively signed up to Warp but they proposed me to collaborate for one of his album. He came up to my studio in Davon. I already had the instrumental and I knew he was doing some spoken words, so I proposed him to try something. He silently listened to it just once, concentrated, and told me ‘I’m ready’. I was surprised because I expected he would need a few days to think about it. He just went to the recording booth and did it in one take. Nothing is edited. He finished at the exact same time the track did. He came back in the studio part and we listened to it, looking at each other. In a daze, I said ‘It’s done’.’ 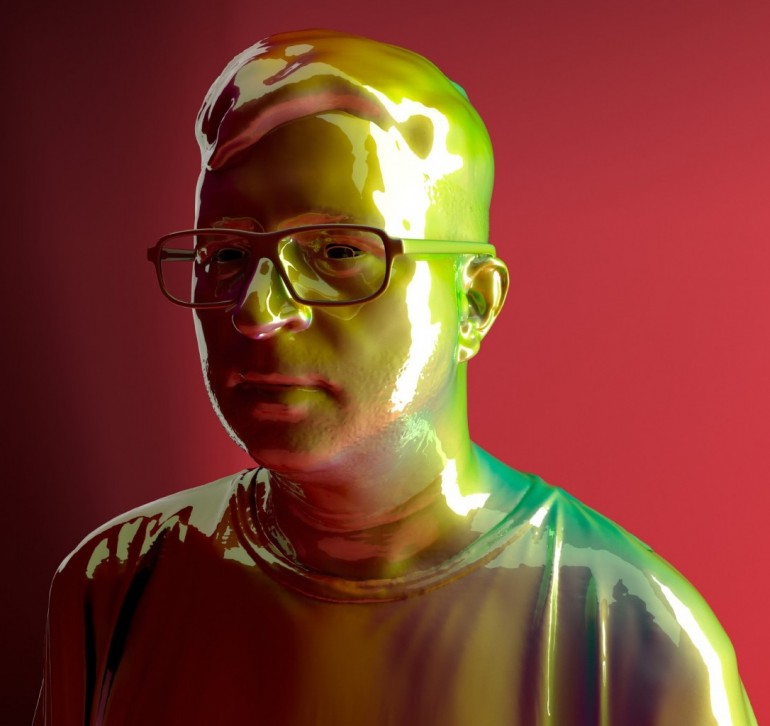 PRITCHARD wanted to have a modern approach to this album despite mainly using codes from the past. Sonicly, he achieves that by having it so diversified. By constantly switching the moods and its references, he manages to temporally disappear. The same applies to the artworks produced by Jonathan Zawada. Here, the notion of ‘ever-changing landscapes’ takes form physically. His computer produced visuals deconstruct the way we look at things. They’re not aggressive yet they make you doubt about what you sense. They’re pictures from a world so abstract that your imagination does the most part of the work. That’s how everything – the music and the visuals – feel so united and coherent. About it, PRITCHARD says it just felt organic:

‘I didn’t want to expect anything in particular, because Jonathan told me how often people give him a carte blanche before later trying to orientate his work, or asking him for more ‘iconic’ visuals. I sent him my work with the album, and as soon as he sent me over the first visuals I found it fantastic. I couldn’t be more satisfied with the visuals. It’s modern. It’s not retro but yet has a certain depth to it. Certain visuals are directly linked to certain tracks, but others were teamed up later. After a while we still didn’t have any cover. But when he sent me over this desert and sea embracing the sky visual I knew it was it. It divided some of my friends and some people at the label, because they were expecting a more traditional / folk imagery. But it was precisely what I didn’t want for this project.’

Jonathan and MARK also worked on the idea to animate it. It engendered the video for Sad Alron. Both were very satisfied with it but the artist described the process as ‘time and money consuming‘. The calculation power needed to render these is cyclopean. I still asked him if any project for a full length video was possible, cheering on him: ‘THOM YORKE also told me this. If we manage a way to do it I’d love to. For now we’re working on a forthcoming A/V set.‘ However, PRITCHARD doesn’t plan on bringing it live and even prefer avoiding DJ-sets in the coming months. For his defense, it’s hard to see this kind of album in the middle of a festival time-table, and it’s even harder when your audience includes both jungle ravers and avantgarde goers.

It’s the proof that this kind of project are fragile. For that matter, having a collaboration with the RADIOHEAD’s frontman at a time when everyone was waiting for A Moon Shaped Pool was a dangerous move. Hopefully, because MARK already had a glistening aura in the scene, and because he’s a Warp ambassador, his album ended up stronger than this particular track. Moreover, Beautiful People leaked months prior to the release and wasn’t planned to be the first single. MARK couldn’t care less about it, if it wasn’t for ‘feeling a loss of control over your work, which is not pleasant at all’. At a time where honesty is returning as a valuable thing, his album was acclaimed by the critic and considered as a united entity by everyone. Therefore, why all this media fuzz?

‘The media seek for stories where sometimes there aren’t any. Collaborating is mainly about reacting creatively to each other’s. It’s spontaneous and not really intellectualized. We share ideas but they’re physical. I’ve done several remixes for RADIOHEAD in the past. I sent Thom some stuff and he sent me back things, he notably played the synthpad on ‘Beautiful People’. I was thinking about doing combined interviews with him or Jonathan but it’s delicate because what’s to be told ? If I had written a story with Jonathan before collaborating, it would have ended up cheesy.

I added that he should do these combined interviews, but that he would have to do it without any interviewer. I told him that even in an open format, we’re here to bring narration. We more or less distort ideas – but not necessarily with a bad intention, narration make things look better, more accessible:

I agree, one of the favourite things I like to listen to is a 4 hours conversation between John Cage and Morton Feldman. It’s a friendly conversation, the kind you have when you invite friends over to share a drink and ides on life, art, everything. You taste what It would be like to hang out with them.’