Introducing: Phoria – ‘Use that innovation to its maximum potential’ 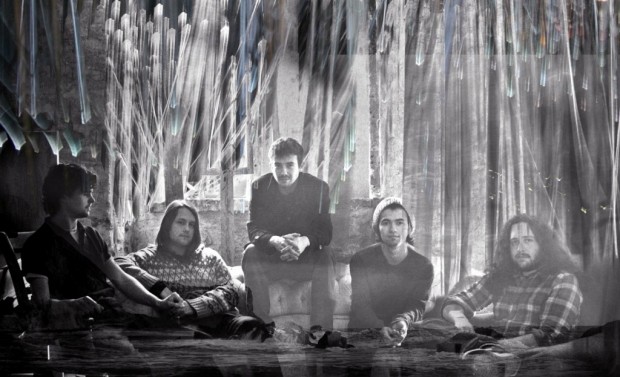 More material for melancholic minds and sensible souls. Brighton-based ensemble PHORIA arrives just in time to provide the latest installment of contemporary futuristic soul that teams up with a cold synthpop environment. These guys take the idea of artists like JAMES BLAKE to the next level. The sound of PHORIA is gentle but also quite rich, constantly switching between a certain amount of intimacy and big ideas. Quite a range these gentlemen provide on their latest EP Display which has just been released in their homecountry (and on July the 4th in Germany, Austria, Switzerland via Humming Records).

Just the right time to introduce you to the people behind the name. Tim Douglas was kind enough to take his time for NOTHING BUT HOPE AND PASSION‘s ‘Introducing’ Q&A. And he has quite complex ideas about having a dragon, listening to the music of PHORIA and the current state of the music industry. Find his answers below.

How would you describe your music to a deaf person?
We’d hold up a series of flash cards with pictures of rainbows on them and stroke the person’s forearms, staring deep into their eyes and nodding.

What’s the perfect scenario to listen to a PHORIA song?
Walking along a suburban road at night, wishing you could fly. Or maybe turning 70 and getting put into a rest home and starting a violently passionate relationship with your high-school sweetheart who happens to have been put in the room next to you. You’d put our music on to enhance your ‘first time’ with them. First time playing bridge, that is.

Would you rather be a dragon or have a dragon?
We’d rather have a dragon. If you were the dragon, there’d be a large amount of personal responsibility for the large scale destruction you’d end up causing as the power went to your head. If you’re only the owner/operator of a violent dragon, you could use expensive lawyers to plead innocence. ‘It was the dragon, your honour.’ you would say.

If you’re music would be a film how would you describe it? What genre? What actors? Any surprising plot twists?
Porn/Action. The protagonist would turn out to be a chair.

If you could have an alternative job – what would it be?
I think if we weren’t musicians we’d probably be in some kind of comedic organised crime syndicate. Jeb would be the silent guy named ‘fingers’ or something, Seryn would be the brutal muscle, Ed would be the accountant/advisor guy, Trewin would be the off-the-handle type who would try and sell flour instead of cocaine to another family who used to be our friends, and I’d be the boss, relaxing in a big jacuzzi surrounded by very attractive people, drinking the blood of my enemies and writing my instructions in my own vomit. It would be hilarious and we’d film it all for a reality TV show and make buttloads of money. That’s what our alternative job would be. It’s the best job I’ve ever thought of.

The music & culture industry is currently about to redefine itself. Do you feel like being completely and utterly at its mercy, or should things be seen as a chance for artists?
It’s a bit of both, and in the end I think that, as with most things, it comes down to a little bit of action and a little bit of luck. The big names are constricting and consolidating – the old guard are playing things tighter, and the new big names are monopolising things, like with the recent YouTube announcement that they’ll start charging as a music video service, essentially freezing out smaller independent labels and chucking out the model that allowed so much great stuff to come through. They don’t mind homogenisation so long as all the money goes the right way.

But what happens then? The beauty of the internet (and something that we must all continue to fight for) is how unbiased it is in a technical sense. What would happen if, hypothetically, YouTube stopped streaming music altogether? Would the industry collapse? NO! Because the internet, being the main force in the ‘redefining’ of the industry, allows for massive innovation.

You just have to be lucky enough to use that innovation to its maximum potential, and wise enough to make the right decisions at the right time. Some of that is new, some of it is as old as the business; but so long as we keep on making music and enjoying ourselves, it doesn’t matter what comes along. We’ll still be here.