How Soon Is Now? Pop Music’s Quest for Meaning with José González 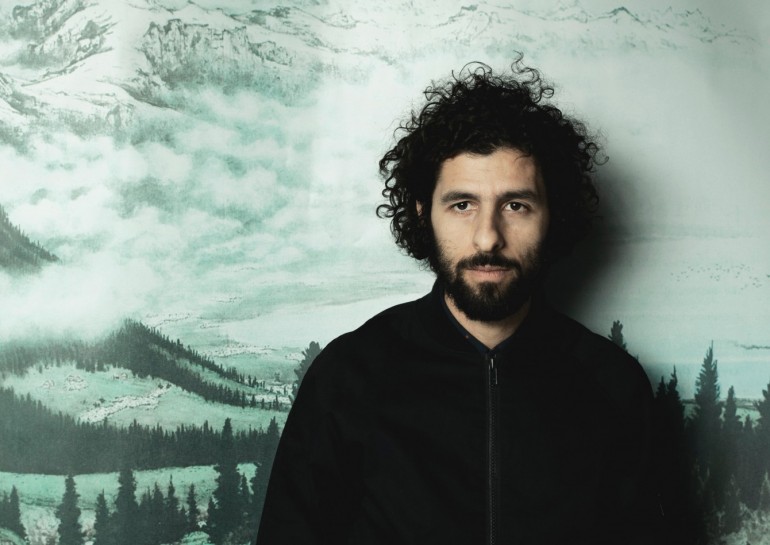 Earlier this year, JOSÉ GONZÁLEZ released his third solo album Vestiges & Claws – another fine collection of heartfelt, intimate and beautiful songs that easily wrap themselves around your soul and hold it tight. After we spoke with him about it in greater detail in a previous interview, we caught up with him lately for another very pleasant conversation ahead of his upcoming tour (find the dates below the lovely chat). Turning the common concept of an interview upside-down, NOTHING BUT HOPE AND PASSION  approached the Swedish singer-songwriter with a selection of questions taken from popular pop songs – chosen randomly one by one by a cheerful GONZÁLEZ who suddenly found himself talking about body issues, Tinder and life on Mars.

What’s The Ugliest Part Of Your Body? (Mothers Of Invention)

José González: It used to be my nose, but it’s become part of my character and one of the few things people like about me. It doesn’t bother me anymore. When I was younger, I wasn’t very successful with the ladies. I was shy so when I fixed my hair and looked at myself in the mirror I thought that maybe my nose was too big. Nowadays, I wouldn’t say I find parts of my body ugly. There are parts that are a bit unnecessary at most, but those are more inside I think.

JG: I don’t know! The kids are alright? And they’re mean, but they’re also creative, small people that inspire us grown ups. I consider myself grown up in a way, but not very mature. The common thing to say about kids is that they’re amazing. Of course they are, but some kids have an unbelievable drive compared to how peaceful grown-ups can be. However, I think kids are super cute. I must admit, I’m not that used to babies because I don’t carry them around much.

JG: Well, they go to Tinder, I think. I haven’t tried it myself, but I’ve been told it’s great. I’d been single for a while when Tinder got used, but I never created a profile there. I do think it’s great for people to meet others. From a larger perspective, broken hearts get frustrated and they’re not able to meet anyone new. I hope Tinder is part of a good thing. Technology can make people happy.

Don’t You Want To Be Relevant? (The Cribs)

JG: That’s a good question. I definitely want to be relevant as a person on earth. Not necessarily to everybody or all the time though. I’ve been thinking about this issue so many times when it comes to humanity and legacy. To be relevant in the moment is about relationships with other people. I think it’s part of life to feel relevant. In terms of humanity, there are many moments where we absolutely need to be relevant. Especially in times like these.

Are You Lonesome Tonight? (Elvis)

JG: Not tonight because I’m going back home to Sweden, but I’ve noticed that I do like to be alone sometimes. Occasionally, I simply forget to make any plans so I end up being alone. I’ve had periods in my life where I’d been lonely, but in recent years I’ve never felt so lonely again. I’m often busy so finding time for myself has become more difficult for me. When I’m alone I usually do things I can’t do otherwise – like reading or watching documentaries nobody else wants to see. I need to find a group with the same hobbies!

Why Do You Do This To Yourself? (Evan Dando)

JG: I ask myself the exact same thing every once in a while. I would say, I do some things for pleasure and some things to pay the rent. Sometimes I get to do pleasurable things that pay the rent which is the best combination.

What Do You Do For Money, Honey? (AC/DC)

JG: It kind of relates to the previous question. I’m definitely not a gigolo so I wouldn’t do that kind of thing for money. Advertisements are a big part of my career, but there is still a number of advertisements I wouldn’t do for money. Lately, I’ve been saying no more often, although the offers could have brought in more cash.

How Many Roads Must A Man Walk Down Before You Can Call Him A Man? (Bob Dylan)

JG: It’s a problematic concept to be a grown-up or to be a man in my opinion. It’s so man-centric. I think there’s always a road that makes you grow and more mature. I do believe that there are always more roads to go though…an indefinite number of roads perhaps. To man up, you need to walk down a few different roads for sure. A few things that help you along the way like realizing that you are a model, there is no afterlife and that every person is important somehow. Those realizations come in different doses in life, of course.

How Soon Is Now? (The Smiths)

JG: If we’re talking about time and patience here, I can say I’m a very patient person. In fact, so patient people fall asleep next to me when I’m tuning my guitar for example…or when I’m talking! I can just sit there and listen to very boring things forever while others around me call it quits. I don’t really feel autistic, but I seem to have a small degree of the patience autistic people have when it comes to something I’m really interested in. I used to play a ball game for so many hours that I could even play it with my eyes being closed at some point. That kind of patience can also be a curse when you can’t stop doing something. I will never get all these hours back! Embracing the now is very valuable to me. Then again, I don’t like the present moment to be overemphasized…all that ‘Be in the moment!’ stuff.

How Does It Feel To Be Without A Home, Like A Complete Unknown, Like A Rolling Stone? (Bob Dylan)

JG: I resonate with this one, especially when it comes to touring or when you picture yourself running away from relationship troubles. It makes me think of my dad as well who lives in Argentina now. The feeling of not really being at home. For him, home is both there and in Sweden. I can definitely relate to this whole issue. Personally, I’ve been touring so much over the past ten years. At the same time, there is not just a negative aspect in all of this. Looking at it in a positive way is thinking you can bring your home with you wherever you are. I really enjoy that too. Being close to yourself and enjoying your own presence in terms of giving your thoughts the room they need.

You can put me on a stone, preferably next to a lake, or on a bench, and I think I would be okay being there for a while.

How Do You Want To Be Remembered? (Magic!)

JG: I want to be remembered as a very grumpy, greedy, but great person. The three ‘gr’s’…grrrrr.

Is There Life On Mars? (David Bowie)

JG: They haven’t found it yet, but maybe they will find some on a microscopic level, but not the type of green Martians we see on TV. I wouldn’t want to be one of the few people to build a life there before everyone else does. I would like to go up there once they have a jacuzzi and an iPad working! But seriously, there are a few very smart people supporting the idea of sending human beings to Mars. I’m not really convinced yet that it’s a good thing or important for us as a species to do that.

JG: I don’t believe in free will, not in a sense of absolute free will. If you take that seriously, you can’t say that a person is just bad. It’s more the way the person ended up being through history and genes which is something we need to work with as a society. It’s a very controversial and tricky thing. The whole legal system is based on the idea that some people or things are bad and we have to punish or condemn them somehow. Only now we’ve started leaning more towards treatment instead of punishment as the only solution to the problem. I think everyone of us carries their own little seed of badness within. It’s always easy to point fingers, however, there are truly bad things happening every day and dangerous people running around. It’s not so much the question of who’s bad, but how are we bad or how am I bad? I guess Michael Jackson was just trying to be cool, though.

Get your tickets right here