ANIMAL COLLECTIVE – experimental psychedelic band originally from Baltimore, Maryland – has been around for 13 years now. It all started with four best friends named David Portner, Noah Lennox, Josh Dibb, and Brian Weitz who grew up together playing and recording music. When they founded the band, the four gave themselves the pseudonyms Avey Tare, Panda Bear, Deakin, and Geologist. This could be just as well the beginning of a narrative in a children’s book of adventure stories. Well, their real story has probably been as adventurous, since they have emerged as one of the most influential bands in the alternative rock scene. Taking up influences from bands like PINK FLOYD, THE BEACH BOYS, GRATEFUL DEAD, WU-TANG CLAN and DAFT PUNK, ANIMAL COLLECTIVE has established as one of the genre significant bands.

The group has never been static in its formation, and so it’s notable to mention that Centipede Hz , the band’s upcoming album, saw the return of Deakin, who sat out of the recording and touring of Merriweather Post Pavillion. He rejoined the group with the beginning of the shows of their new tour in 2011, at which the band mostly played their newly written songs that were yet to be recorded. The majority of the track list was debuted live during their 2011 tour. On July 29, as part of the lead-up to the new album, ANIMAL COLLECTIVE began broadcasting weekly “Centipede Radio” shows from a section of their website. During the first show, the first single from the album, Today’s Supernatural was premiered. Watch the music video for this track and get an impression of the new stuff:

Their by now 9th studio album Centipede Hz clearly came out as THE rock album, being undoubtedly determined by psychedelic and rock elements, and so differing noticeably from its breakthrough predecessor Merriweather Post Pavilion. Being the group’s masterpiece album, and the creative culmination of their previous efforts, it is now interesting to know what the new ANIMAL COLLECTIVE record sounds like. Well, let me try to describe it as follows…

Having been recorded in their hometown Baltimore, the album is “more grounded in one location” and less ambient than the group’s previous album. Yet its diversity is simply amazing. The use of live instruments such as a sit-down drum kit and live keyboards emphasizes the festival-like atmosphere of the whole album experience even more. It features a huge variety of influences on it –including neo-psychedelia, experimental rock, freak folk, psych folk, electronica, art rock, noise pop, avant-garde, and ambient – which makes you feel like you’re drifting in a musical sphere, thereby undergoing different spiritual conditions. The free-floating experience is mostly achieved by the psychedelic 70s sound that comes along in 10 tense and electronically twisted tracks. At many points, the songs make your mind go turn in circles, but the loud and intense energy of the sounds never give you the impression of loosing yourself – it’s rather that you take an offensive part as listener, stomping and moving forward to each of the songs.
At the bottom line of it, their music is called noise rock for a reason. It might seem unfathomable on the first few listens. But if you stick with it, you’ll discover some extremely worthwhile grooves, melodies and harmonies emerging from all that noise and multi-layered composition. It’s a life-enhancing journey through the soundscapes of psychedelic music, though somehow intricate always enlightened. ANIMAL COLLECTIVE has the skills, and it’s mastery of that balance is what makes them outstanding artists. 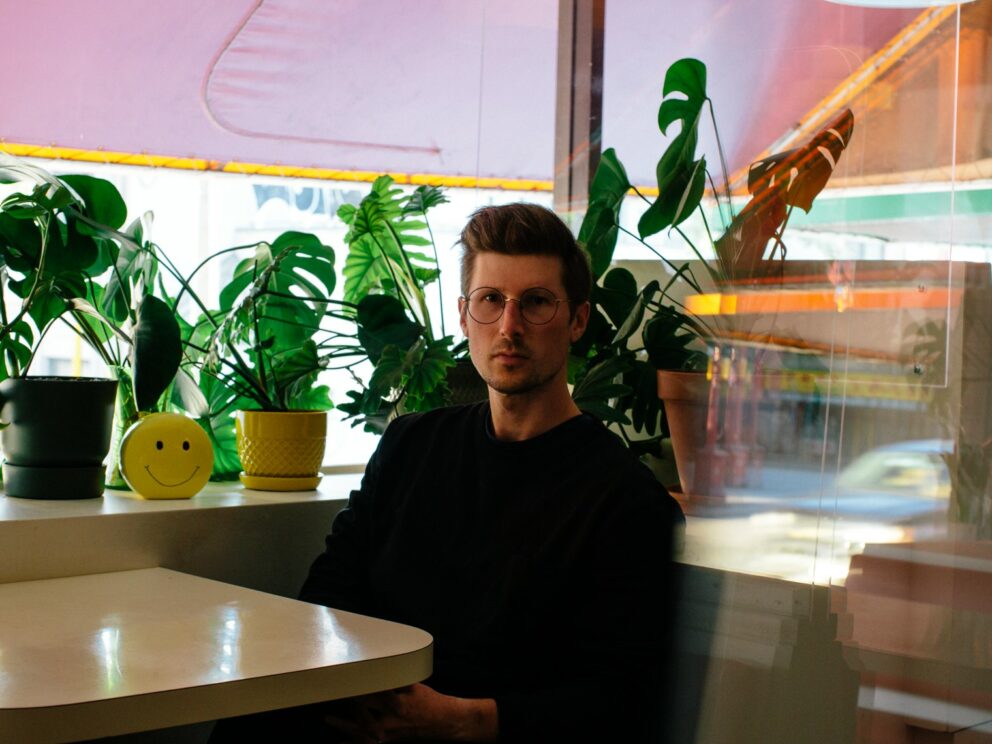