It is always the same at the beginning of a new year. One gets swamped with all those brilliant new albums of their favourite bands, and although the Glaswegian indie-rockers FRIGHTENED RABBIT might be one of the rather underrated bands, they are ringing in this year with another masterpiece fresh from their quills.

A clear and defined marker point in the bands shift from a potty-mouthed, earnest guitar band into a proper, bonafide pop group, was signing to Atlantic Records. Some might have feared, that by dipping a toe in to the mainstream FRIGHTENED RABBIT would somehow weaken their quality and counterfeit their judgement. To be honest – it happened before and it will happen again. Yet, by listening to the opening lyrics of Pedestrian Verse all the doubts will dissolve into nowhere. It is akin to a weight falling from one’s shoulders. The album opens with the line “I’m that dickhead in the kitchen / Putting wine in your best girl’s glass.” You then know that they haven’t changed. This is still FRIGHTENED RABBIT!

It is not to argue that there has been a definite shift in their sound in Pedestrian Verse compared to their earlier three studio albums. Much of the ambiguity that was prevalent and intended in The Winter of Mixed Drinks can hardly be found in the new record anymore. Scott Hutchison has truly found his feet as a songwriter. He took the recording of this new album as occasion to stretch himself and push his skills and the band’s to a limit. Hutchison intentionally choose such a dull name as Pedestrian Verse – a line from a song of their latest EP – which forced him and his band to be better, to not settle for any old lyrics but to step it up on this album. Songs like Holy or Late March, Death March prove their authority all over the first half of the album with crashing drums, affectionate sing-a-long choruses, high piano keys and sharp-tongued vocals. Backyard Skulls, however, seems to be the bands first encounter with synths packed in a beautiful pop song full of balls and brains. Vocal harmonies ring out from every corner of the album, and yet, they aren’t overpowering, and truly complement Hutchison’s rough lead vocals.

As far as the lyrics are concerned, Pedestrian Verse appears to be a reflection on the last few years. “There is something wrong with me /and it reads nothing like poetry / so will you love me in-spite of these ticks and inconsistencies?” Hutchison sings on Dead Now. These lyrics seem like he makes peace with all the mistakes that were made in the last years, accepts them and keeps looking forward, because life goes on regardless. Nevertheless, most of the song are chiefly about relationships and how they affect one’s place in the world.

It would be wrong to say that FRIGHTENED RABBIT are reinventing the wheel here. Yet, Pedestrian Verse is still a thoroughly engaging and compelling album, mainly because it is the realisation of many years of hard work and also hard times. It has it’s own voice, which as always, is full of passion, honesty and energy. It’s an admirable trait of the band that, even in their least extraordinary songs, their sound is unique to them so that they could never be confused with any other band. 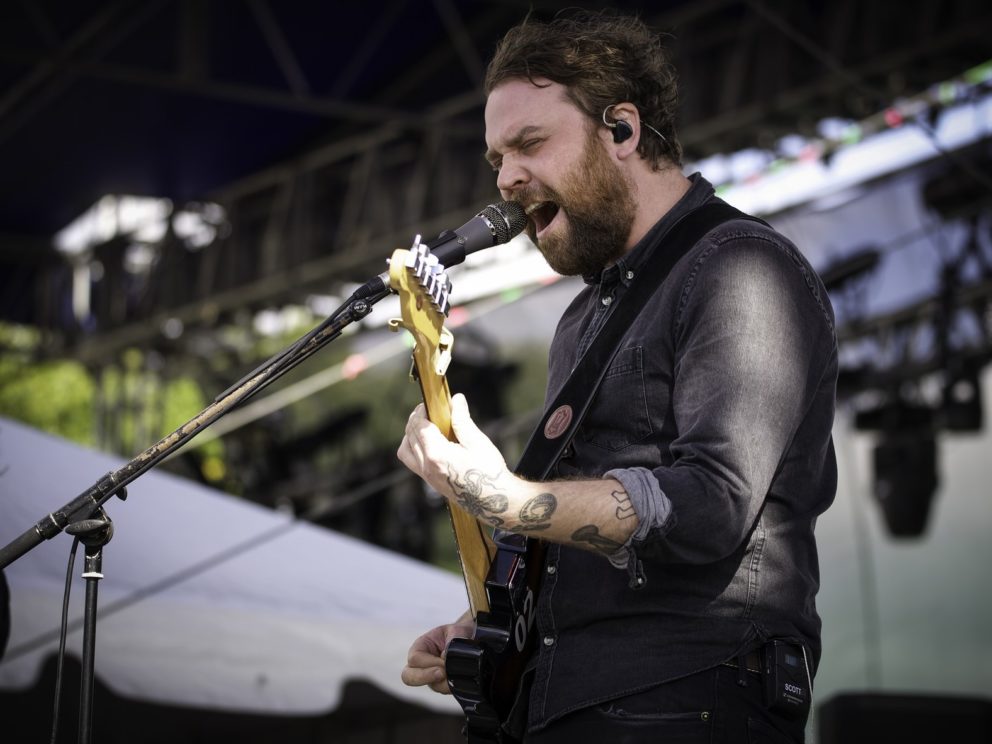