Finnish brothers Anssi and Samuli Neuvonen and their new band NEØV clearly had a long time coming with their debut Orange Morning. Both started making music together when they were kids and after moving to the town of Kuopio, they formed the band NEUFVOIN which made a couple of EP’s and tours before they werre forced to re-group under a new name with new bandmembers. NEØV is the result of this and some sort of new start for the band. Mostly written by Anssi it marks a quite ambitious and diversified debut album that clearly shows that these guys are not just newcomers with no sense of what they are doing. Orange Morning sounds quite focussed and on point – but also contains enough playful innocence and room to discover.

NEØV‘s sound can be best described as a mixture of shoegaze rock and dreamy indie-pop. Quite atmospheric and filled with sounds and ideas. Parts of it are quite clear and focussed, others tend to dream itself and its structures away in a dreamy haze. The uprising opener Faces Agains Orange Rain already hints the right direction, while tracks like Windvane and Mellow presents the shoegazing side of the band. Epic guitar walls, tender vocals and even more reverb team up for little psychedelic trips. Reminds a bit of old classics like MY BLOODY VALENTINE or contemporary bands like MEW. To keep the longplayer exciting whilte its spinning, NEØV keep the balance by also presenting more reduced songs like A Fall Through The Roofs or 1999 before ending with the epic conclusion in the form of Whale Hymn.

The whole record has so much to offer – and so much to discover. Not many newcomers can come up with such a fulfilling debut, but NEØV clearly did. Enjoy these moments of bliss right here. 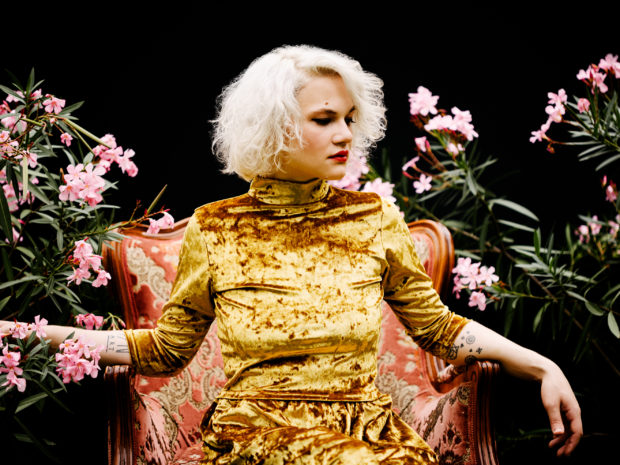 The Austrian-bred singer-songwriter AVEC has set out to transform challenging experiences into delicate songs of hope and compassion. NBHAP author Andreas went along with her a part of the way and would like you to get to know this exciting artist.
continue reading