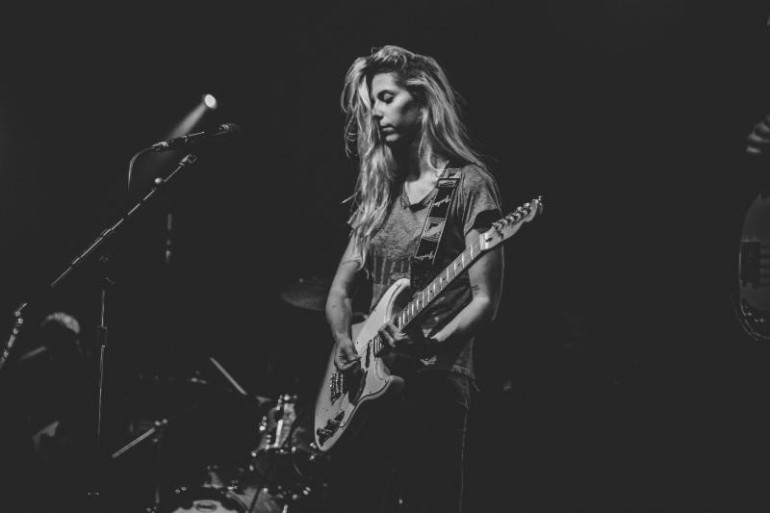 Have you ever been so mad about something you can’t think what to say or write? Something that you cannot believe would still happen in 2015 even though the feminist movement has made so many advancements? Women are so poorly portrayed in the music industry. BULLY recently tweeted a thank you to a newspaper for calling them ‘poor rate Cranberries wannabes’. Then added ‘you should’ve picked a band we actually sound like instead of picking one because it’s also female fronted’. Is it so hard to compare a great female fronted band with someone other than Kathleen Hanna or Courtney Love? Both great musicians, but a lazy comparison for music writer, who think a similarity in gender makes the two acts inseparable.

With white male bands dominating festival line-ups around the world, you could be easily fooled into thinking there are just no good female fronted bands out there. But NOTHING BUT HOPE AND PASSION just don’t work like that, here are our favourite unique female fronted bands and we promise there will not be a mention of the ‘Riot Grrrl’ movement.

BULLY are fast making waves for their eclectic brand of angry rock. Trying captures early 20s impending doom. All the anxieties and expectations of transiting between being a teen and being a ‘proper’ adult. The Nashville band are not smug, but they well could be. Their album Feels Like was critically acclaimed, even if some of the comparisons were lazy and undesirable. Sounding like a diary entry of someone who is already sick of shit, even if they haven’t met you, BULLY are a grunge force not to be reckoned with and singer Alicia Bognanno could easily become the leading lady of the new female rock movement.

GIRLPOOL are less angry but more frustrated. The American duo take all your worst fears; rejection, love lost, grief, growing old painfully and soundtrack it with a juvenile tune. Before The World Was Big, their debut album, is a refusal to grow old. Dreaming of sitting next to your friend in matching dresses then remembering you’re 23 and have to pay rent is momentarily saddening, GIRLPOOL capture it perfectly, fun and youthful with a dark realisation. Ideal World is a ball of anxiety. Relating to it is easy, because who hasn’t been rejected and missed childhood and then split milkshake down their favourite outfit all in the same day?

There’s homegrown talent from Europe with WOLF ALICE. The British rockers are fast becoming well-known after their track was featured on HBO’s The Leftovers. Allowing guitar feedback to melt into jaunty drum rhythms in Giant Peach, the four piece, epitomise 1990s Britpop, with Jarvis Cocker-esque spoken monologues yet with a sidekick of cool 1970s disco. The London based four piece are a patchwork of all genres before them. Equally their debut album, My Love is Cool, is so effortlessly unique, it captures sounds and textures not yet attempted. Embarking on a tour with fellow British band, DRENGE, WOLF ALICE will be a household name within a year, far beyond any female rock tendencies. 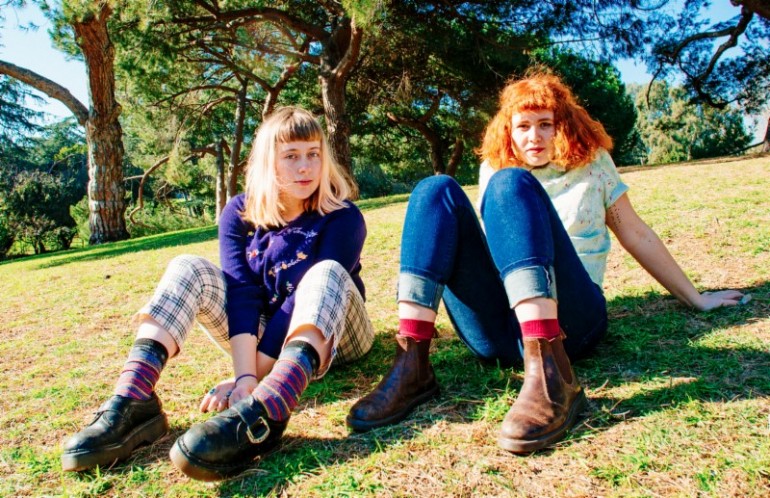 Each of these bands appear to emulate 1990s grunge. Easily mistaken as tacky but they mean it. Angry, with every right, to being compared to bands that sound nothing like that, just that they share a female musician as a ‘novelty’. BULLY, GIRLPOOL and WOLF ALICE are unique and a lazy writer would have tried to link them tenuously. As a female auteur BJÖRK, in a conversation with Pitchfork, discussed how she finds it hard to be credited for her art. Yet there is little questioning of male ownership. The shown examples are just three of many female fronted bands trying to be heard. Screaming frustrated about the anxieties of 20-somethings, trying to present their art not intertwined with their genders. How are talented women being so ignored in the music industry? How are white lad rock bands still dominating musical festivals? Are we still living in a world where women are still seen as pretty objects to be lead singers? GIRLPOOL put it aptly in ‘Paint me Colours’ with ‘I’ll never understand what it means to be a man who is white/because he never has to fight’. 2015 might be the first year to change things.