Telling A Story: About the new Role of Musicians in the Digital Age 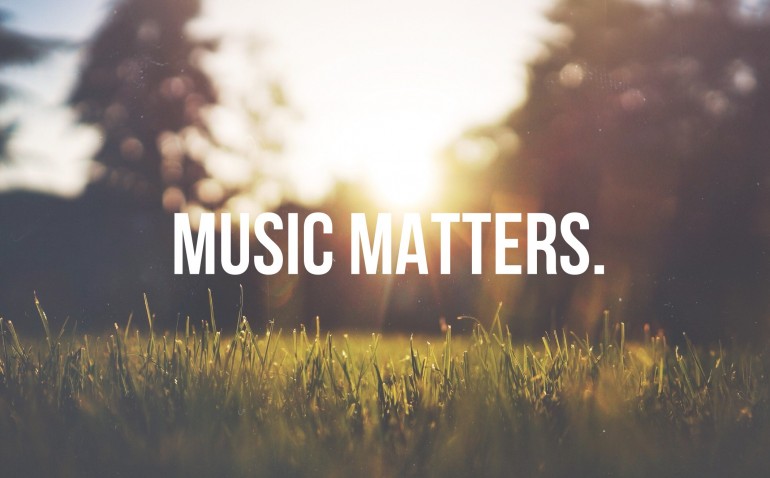 Among hundreds of hours of new music released in August 2016, it was one simple video live stream on August 1 that set off an avalanche in the music world. The stream showed an almost empty hall and it belonged to American singer-songwriter and rapper FRANK OCEAN, who at this point had been working on his long-awaited sophomore album for more than two and a half years. It was not so much the nature of the activities displayed in the stream that made it so mesmerising: It displayed Ocean occasionally looping instruments and woodworking, building a sort of wooden staircase, with music intermittently playing in the background. But the mere fact that he was there, and that he was doing something mysterious, was enough for a lot of people to scrutinize his website’s source code and indulge in wild speculations on the release date and contents of Ocean’s new album. For several weeks, he was in the center of attention solely on the basis of a few scattered videos and photos – setting the scene for what was to come to light as Endless and Blonde.

The overflow and abundance of the internet era asks for a unique artistic voice and a holistic experience.

Dozens of other artists combined managed to grapple only a fraction of that public and media attention for what were respectable, perhaps even outstanding works of music. Crowded out by the noise of the Internet, their Soundcloud uploads, album announcements and music video releases just didn’t get through to us listeners. Maybe we were not even realizing what we were missing – if they were not subject of discussion among our fans or capturing our attention on a stage before us, their music might just have passed our ear in one of the numerous playlists one encounters browsing through the streaming platforms and social networks, before one even releases the nuances and subtexts hidden beyond the first couple of listens. In the digital age, an isolated song has little chance of converting an inclined listener into an avid fan. It takes more for that: an interesting story, an intriguing personality, an elaborate visual and sonic aesthetic – something that will make them want to browse an artist’s social media accounts, discover their back catalogue and look out for live shows, new releases or interviews. Only a hundred years ago, the idea of people drowning in depersonalized music would have been ludicrous. Before the advent of music records, music existed live only. Musicians were performers, and their reputation relied on the impression they made on concert audiences (the buzz pianist Franz Liszt evoked on his concert tours even became an iconic term). It was only with the beginning of gramophones and vinyl records that a distinction between music and packaging started to actually become possible. The album format started to create a life of its own, eventually culminating in studio opuses like Sgt. Pepper’s Lonely Hearts Club Band or The Dark Side Of The Moon, which, if not impossible to play altogether, were primarily brought on stages to spur album sales.

A lot has changed since then – physical releases have become a rarity (KANYE WEST’s The Life Of Pablo has yet to be released officially on CD or vinyl), major record labels have gone out of business or deflated considerably, MTV has given up on most of its music programme, and music magazines and radios have lost quite a bit of their former clout and influence. Where before, musicians needed magazines or radio to talk about and play their works, modern tools like social media give musicians the possibility to engage with audiences directly.

On the flipside, everything an artist does or does not do now plays into the reception of their music.

In an age where the packaging of a single or album is not a printed cardboard sleeve but a .jpg-file, a Facebook post and a couple of ID3 tags, audiences turn somewhere else for context. The most influential artists of nowadays have set a high standard – in the digital age, a musician is a curator as much a maker, an actor as much as a storyteller. In effect, today’s musicians, as public figures, are also performance artists.

Think actors – in Alejandro G. Iñárritu’s excellent 2014 film Birdman, aging Hollywood star Riggan Thomson tries to overcome his signature role as a superhero in a cinematization of a comic, staging an adaption of a Raymond Carver short story.

Through a series of public mishaps – with Thomson appearing scantly clad on Broadway, shared by thousands of people on social media, being one of them – Iñárritu shows the inevitable destiny to represent an artistic narrative, be it externally imposed or self-controlled.

For the final scene in his play which concludes with the protagonist’s suicide, Thomson, who acts the lead, brings out a real firearm. His on-stage suicide attempt alters both the reception of the play and his career: formerly an aged amusement-blockbuster actor arrogantly attempting to venture into high art, he now is a hero ready to put everything at stake for a ‘super-realistic’ staging and public acclaim. While the severely injured Thomson recovers in the hospital, his daughter creates a twitter account, which accumulates more than 80,000 followers in only 24 hours.

Such a drastic approach may seem absurd, but it has only been this year that a real artist tragically made his own life part of a promotional stunt. Just two days before his death, DAVID BOWIE released his 25th album Blackstar, a departure from his previous work including influences from jazz, experimental rock and hip-hop. However, Blackstar was talked about not as just a compilation of new music (some of which had been released for years prior); it is remembered as a triumphant walk off stage, tackling the dire conditions Bowie found himself in with courage (namely, his deteriorating health and imminent death) and transforming it into a meditation on what it means to experience your personal end. Art and reality complemented and completed each other, giving meaning to a situation many constantly run away from.

Neither Blackstar nor Blonde had instant hits to feed on – but both DAVID BOWIE and FRANK OCEAN had an interesting story to tell. Both of them knew to play the audience’s expectations to their benefit, reaching out in a multitude of ways to create a bigger picture around themselves.

Art installations, musicals, magazines, live streams, blogs, essays – the possibilities for artists are endless, and with the availability of social media, the barriers of entry have never been lower than today.

If there is a lesson in the changes of the digital age for music creators, then it is to showcase yourself not only as a musician, but also as an individual, to allow people to discover what drives you forward; and for listeners, to remember that behind every Soundcloud upload waits a person aspiring to tell their story.