ASBJØRN is one of our discoveries at this year’s Spot Festival. We had a very nice interview with a 19-year-old humble guy, who we think is Denmark’s pop sensation for 2012.

Photo by Peter B. Christiansen

One thing I need to ask in the beginning. You wrote it in your bio and I think it’s asked a lot: What about the long-lost son of Jackson and Schubert? It’s high associations, can you explain?
Asbjørn- Yes, I grew up with my parents who listened to classical music all the time. On the other hand I couldn’t deny that I was just a regular pop boy. I listened to these very conceptualized pop artists, very mainstream. So I had the classical music in the morning and during the day I would just go nuts with the pop soundtrack in my headphones. I guess I have both worlds in me from when I was a little kid. Not very consciously I mixed the two worlds and I think while recording this album I became aware of this. I combine those influences more consciously now.

Would you feel comfortable to be called a pop artist?
Asbjørn- Yeah sure I do, because basically I write pop songs. But I also think most pop music today doesn’t get the time to grow in the studio. There seems to be a limit on how much time you ought to spend in writing pop songs. But I don’t agree. We owe the listeners decent pop music and do our best in everything, in the vocals, the songwriting and the production. I took one and a half-year to record and produce my album.

Did you have real string ensembles and everything in the studio?
Asbjørn- Oh yes, it’s a very talented group here from Aarhus called “Who killed Bambi?”. They played that all live. I think what characterizes the album that it’s very alive. We didn’t want to use MIDI computer strings. We wanted the real thing. On the entire record everything is hand played. In that sense it’s not an electronic album. It’s just mixed and manipulated that you can dance and listen at the same time.

So you play all the instruments?
Asbjørn- Yes, besides the strings of course. We’ve got two songs with a regular drum kit on. Otherwise it’s just crazy percussion. I played on everything I could find in the studio. The percussion track is very alive, because I played it all and I’m not a percussionist. I’m just curious I guess and had a lot of fun while recording.

Do you have a creative counterpart, someone who works with you in the studio?
Asbjørn- Yes I have my producer, Jonas Tranberg, whom I worked with very closely in this process. He is an important kick in the butt and also a very creative producer. So we have a lot of ping-pong going on. That’s very important.

How about the lyrics, do you have any concept? What’s driving you writing lyrics?
Asbjørn- I write lyrics from what may seem like a diary. Of course it is personal but I guess what every songwriter struggles with is to hit that point in between. Not to get too private that no one can relate. Some of my lyrics are very private but I try to hit the subjects that gather us. That is what pop music is about. To gather people around the music. I would like to get people to some quiet and sensitive subjects and also music that is alive. I think so much pop music today is very synthetic and the lyrics are very one-sided. There are not many angles to it and I think that gets boring quickly. I don’t know what the songs mean to others, I don’t want to tell the people what to feel but I hope I can create something they can recognize.

On stage how do you react and relate to the people?
Asbjørn- Every night is different. Sometimes it’s pumping and it’s a big party. At other shows, the audience gets a different feeling through the songs. It’s then more about the fragile side of the music, which is also a beautiful interaction with the people. It’s also a weird balance between having a party and transporting sensitive content. That drives us in the concerts, the unexpected about playing.

You are just 19, is this your first album?
Asbjørn- Yes I also didn’t make an EP or anything before. It’s my first regular release. I started recording one and a half years ago and I’ve been writing songs from when I was a child. When I was 13 and became a teenager I started some more regular songwriting. I guess I needed a soundtrack for my melancholic teen mind so I started listen to those Scandinavian songwriters like ANE BRUN. I think in Scandinavia we have quite unique music. I can’t explain but I recognize that we have some harmonic mood in common up here. Strangely, this is also in the mainstream pop music. It’s some sort of melancholy which seems to come from a mentality we have in common.
For a couple of years I did that regular songwriting with guitar and piano but at a point I felt that I wrote the same song again and again. I had to do something new. That’s when I met my producer and we created the sound together.

That means the way of writing became more important. Do you also start just with sounds sometimes?
Asbjørn- Mostly I start with writing the lyrics. Seems like it’s a good way to capture the feeling you want to have in a song. But lyrics can also appear from sounds so I’m constantly looking for weird sounds and new music that inspires. I remember Beyonce once saying in an interview that she wrote the song “Bootlicious” after listening to a guitar riff by I don’t know, Jimi Hendrix maybe. A sound from a completely different world helped creating that pop song. I think that’s beautiful that an entire different song can appear out of something so far from what you’re doing yourself. I guess that’s where I get my inspiration in classical music as well.

Let’s talk about Spot Festival. You are from Aarhus, so you probably grew up with that festival?
Asbjørn- Actually I haven’t been here until last year when I have played here the first time. So I’m quite new. But I think Spot Festival is great because the bookers seem to be so curious. Last year when I was booked here for the first time I didn’t even have a single out. They really took a risk and that’s so great. I see that in this year’s program as well that many new artists that don’t have a release yet are booked. I think that’s why you should go here.

Did you have good response from last year?
Asbjørn- Yes, definitely. It’s hard to tell what comes from the festival but it’s been going well since then.

You released your album in Denmark?
Asbjørn- Yes only in Denmark for now and digitally in Europe. We got some complains on Facebook why it’s not available in Brasil for example, so we should work that out.

You plan any touring already?
Asbjørn- I did nothing steady yet, but we’re getting around in Denmark this fall. We don’t know about the rest of Europe yet but would definitely like to travel there. I heard great stories from Germany that people are paying so much attention to the bands. 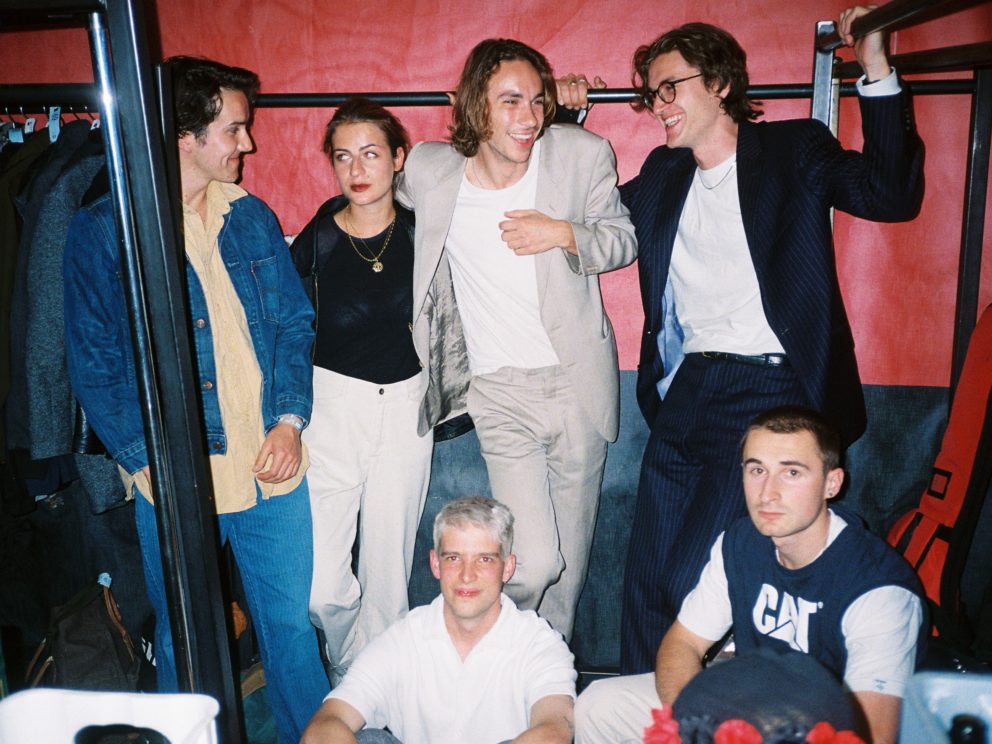 The British indie six-piece Sports Team emerged from continuously touring the country and building a genuine relationship with fans. Speaking to singer Alex Rice, NBHAP author Louisa found out how the band is maintaining their live show passion in times without gigs. 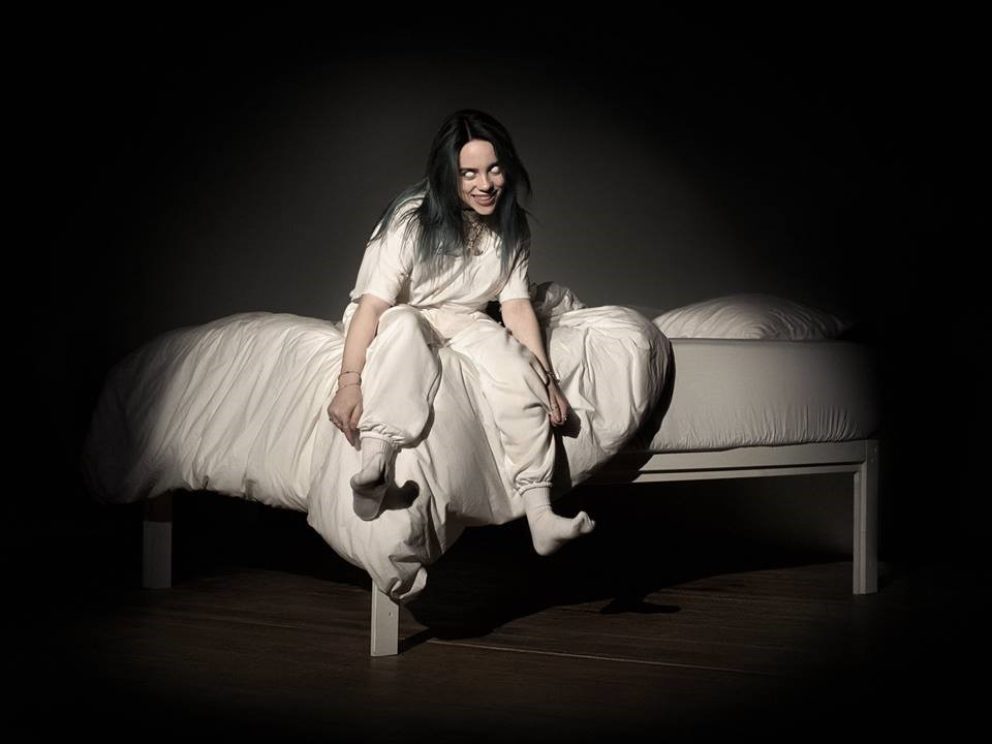 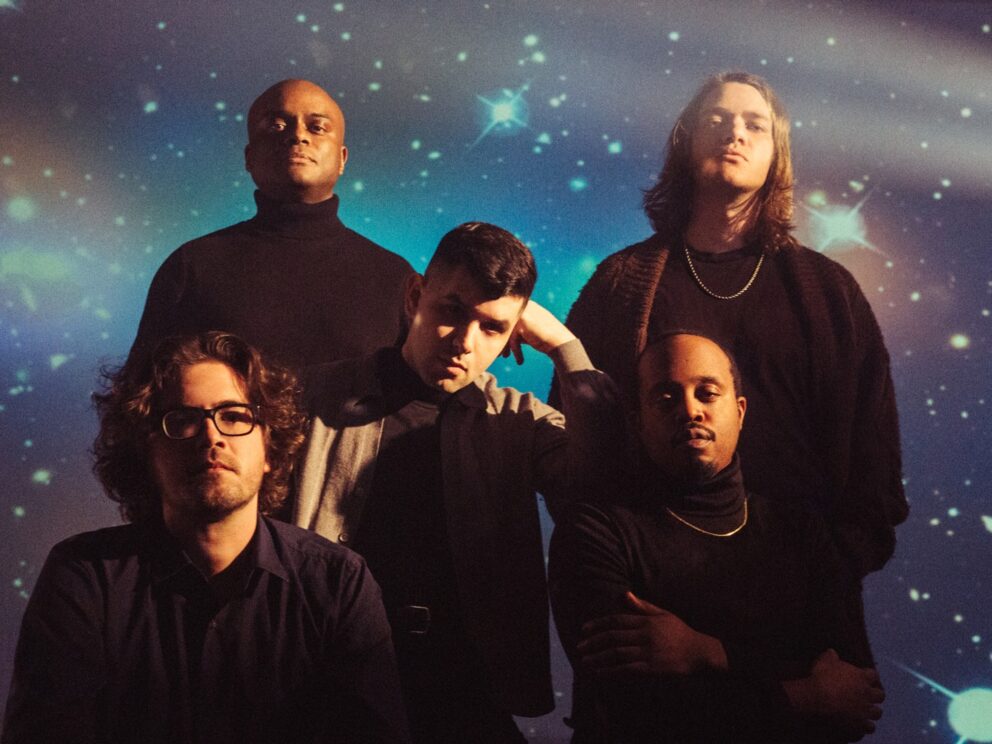 “Joy Will Set Us Free”: Durand Jones & The Indications On Whether Love Will Work It Out

Durand Jones & the Indications make the paradox of contemporary retro soul work. On their third album "Private Space" the band reveals more of their musical style and spreads messages of love. We spoke to Durand Jones and Aaron Frazer about growing from a college band into full-time musicians, the meaning of privacy, and love.