Separation Of The Human Being: An Interview with Sizarr 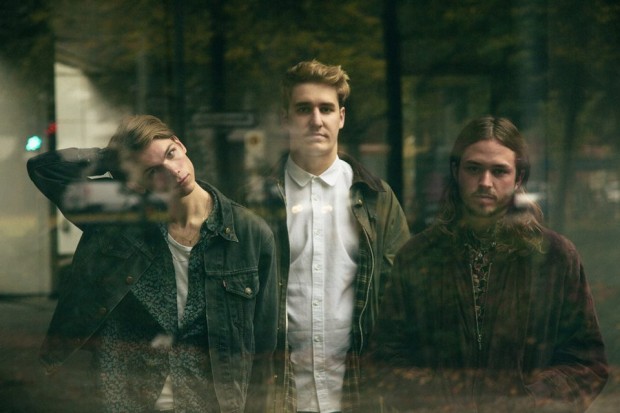 Over two years have passed by since the release of Psycho Boy Happy, SIZARR‘s well received debut record. Enough time for the three young lads to record a second one. The follow-up is called Nurture and will be released in only a few days, on February the 27th. Philipp Hülsenbeck, one third of the German trio, talks to NOTHING BUT HOPE AND PASSION about the differences between their two albums, the ‘second-record pressure’ and also settles the question why some German words are suddenly appearing on Nurture.

How did you choose the name for your second album?

Nurture was actually a place-holder when Fabian painted the cover. He painted the lines, the face and afterwards he needed words that would fit to it. He used Nurture, but didn’t know why actually. Then he showed it to all of us and we kind of liked the name because it fits the whole lyrics and the contents of them very well – Nurture vs. Nature. Kind of a good topic for the record and what he’s talking about in his lyrics.

Do you know how he came up with the cover?
He saw a picture of typical old medical illustrations. Sometimes just heads and body-parts. Like the whole body is separated into different parts with lines coming out, saying Stomach or Eye, Nose and stuff like that. This was his inspiration. The separation of the human being. 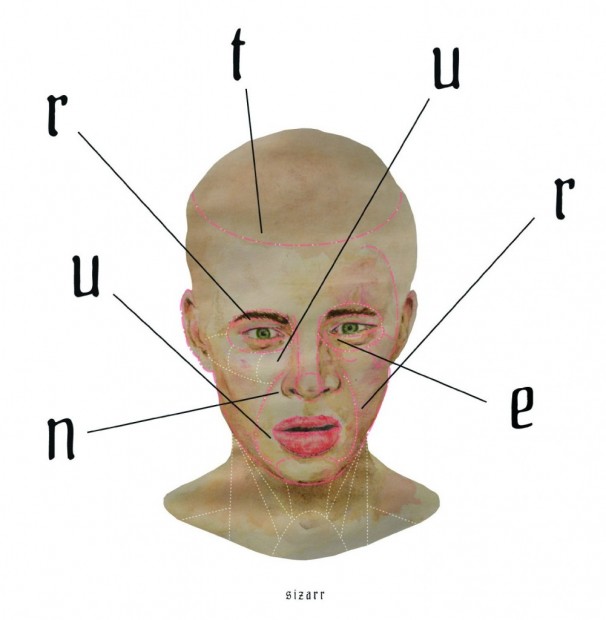 There’s often trouble with the second record when the first one has been pretty successful. Fans start asking themselves: Will the band keep their former sound and play safe or will they be brave and try out something new? In my opinion ‘Nurture’ is a mixture of both things, you can feel some kind of change and development but there are also parts of the old SIZARR in there. How would you describe it?
I see it in the same way: it’s a mixture of how we used to sound on the first record and of course something new. If you’re doing something new you want to take it further. This time, we also wanted to sound more like a three piece band than like a huge orchestra. On the first album we had many sounds layered on each other. It didn’t really sound like three people would make music together which came from the fact that many track on Psycho Boy Happy were written on the computer. For the second record we tried to write songs that feature a guitar or piano or some other ‘real’ instruments. We really tried to make it sound like three people are making music together. In the end we didn’t succeed 100 percent because some songs like Scooter Accident are kind of computer based and written on laptops and not really written on the guitar. But there are also some songs like Clem or I May Have Lied To You that are really guitar-based songs and sound more like a band. They’ve also got kind of more live appeal. That’s more the new SIZARR than Scooter Accident for example.

Has it been an easy process for you to create new songs for a second album? And to select the one’s which made it onto the album in the end?
People keep asking us about the typical horrible second record pressure from the outside, but I think the worst thing for us was the pressure we put on ourselves. We didn’t think of our first album as the goal we wanted to reach like: ‘We want to do a better album than the first one. We just wanted to make a good new record. And we didn’t think too much about the last record. It wasn’t that hard to decide which songs will make it onto the album in the end because we never were a band which has too many songs. It was more like we wrote 16 or 14 songs and in the end 10 made it onto the record. It was an intense and pretty long process but it was a learning process, just like the first record. A good learning process.

I read that you also wrote lyrics this time.
Yeah, I wrote a lot more for this album than for the first. When we started as a band I was kind of intimidated- that’s not the right word- but somehow took a step back because I was impressed by Fabians writing and singing. Mark was always into music in general and making music on the computer. I stepped a bit back but for this record there was a time where there had been a lot of pressure from outwards on Fabian because everybody waited for him to bring some new songs. And we’ve been talking about it and at some point I decided to also write some tracks.

What’s influencing you whilst writing them?
Probably the most influential thing for me to write a song is the music I’m listening to. That’s why it can always change and the album has such a diversified sound. It was written over quite a long period and we were listening to a lot of different stuff over the last two years. After working on the songs on a few months you hear something completely different.

In some songs on ‘Nurture’ German words are appearing, like for example in ‘Baggage Man’ ‘Einsamkeit’ and ‘Zweisamkeit’. Where does that come from?
When we started out as a band it was kind of natural for Fabian to sing in English. We didn’t have a message like for example we want to mess with the establishment or something like that. We just wanted to make music and also wanted to sound as international as possible. So he decided to sing in English. At some point during writing songs for Nurture he had some words that didn’t sound good in English so he just left them in German. Fabian’s thinking in German and writing in English and at some point it makes more sense to stay with these German words because it sounds much better and sometimes there’s not even a good translation for the German word. 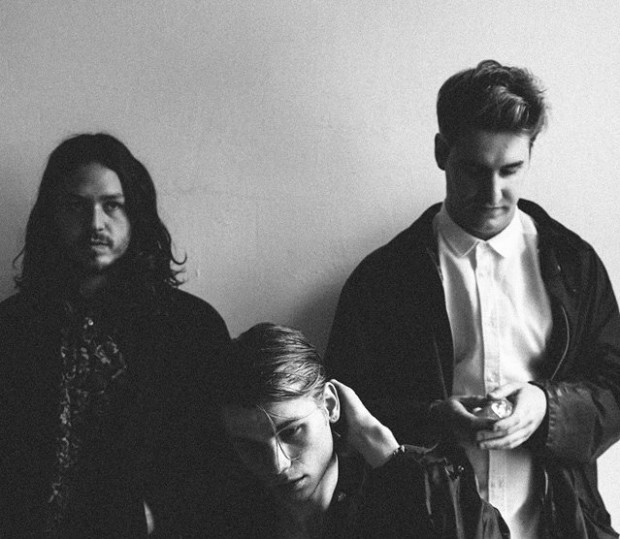 Why did you choose Markus Ganter as your producer again?
That’s the loyalty. It was a logical thing for us. Markus started out as a producer with us when we made our first record. We worked together for several years. It was just logical for us. And he’s a good producer and a really nice and funny guy and good to work with. He’s a workaholic and an autodidact kind of guy and understands what we’re going for.

If you’re listening to ‘Psycho Boy Happy’ now, what do you think of it? Are you still happy with it or would you change something?
I wouldn’t change anything. We didn’t really listen to our own record after it came out. But sometimes you hear some songs and you realize that there is a lot layered on top of each other. Sometimes there are things I hear then for the first time which I don’t really remember when we did that sound. But I’m still happy about it. It’s like a good snapshot of the time when we were making it. It’s the same with Nurture: it’s a good snapshot of the last two years.

I read that you’re at the moment only living from your music. How does that feel?
Pretty good. People keep us asking how it is to be only a musician. It is actually pretty good. We can do whatever we want, so the last two years we just made a record. Even though it gets intense and tiring at some point, I say to myself: Fuck it, I’m still making music and I can do what I want and I can make a living out of that so I kind of live my dream. We all kind of do. So that’s perfect.

What do hope and passion mean to you?
They go kind of hand in hand. I think you should hope for your dreams becoming true but hey are only real if you live your life in passion. Hope is emotional. I think if you do something, whatever it is, if you’re passionate about it you have a good chance that all your dreams and things you hope for will become true. 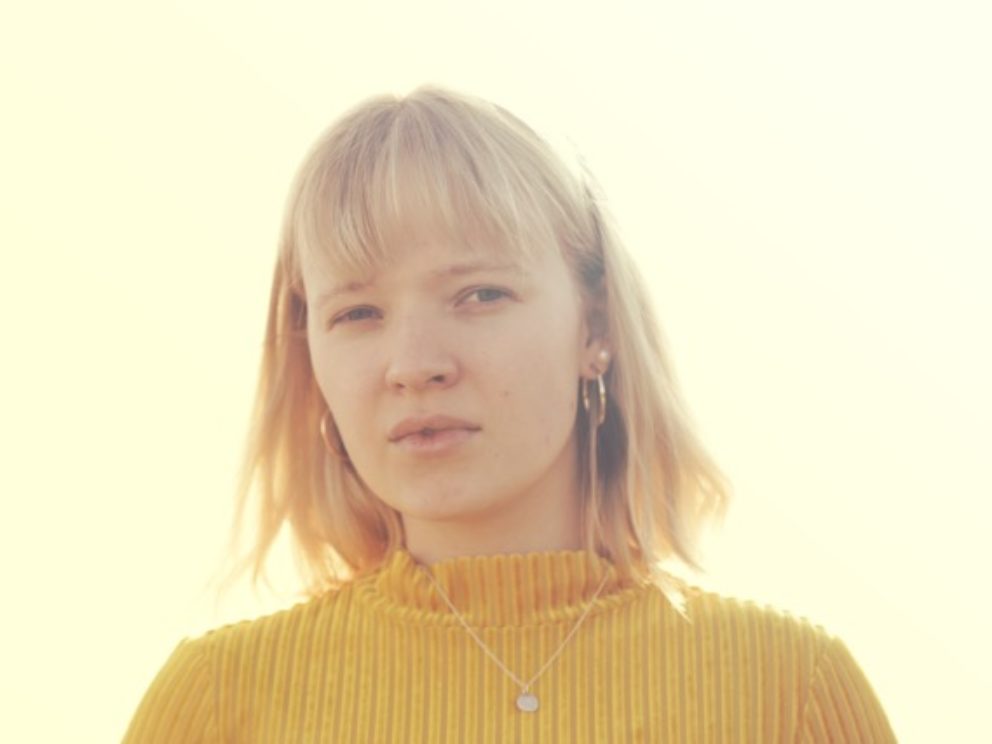 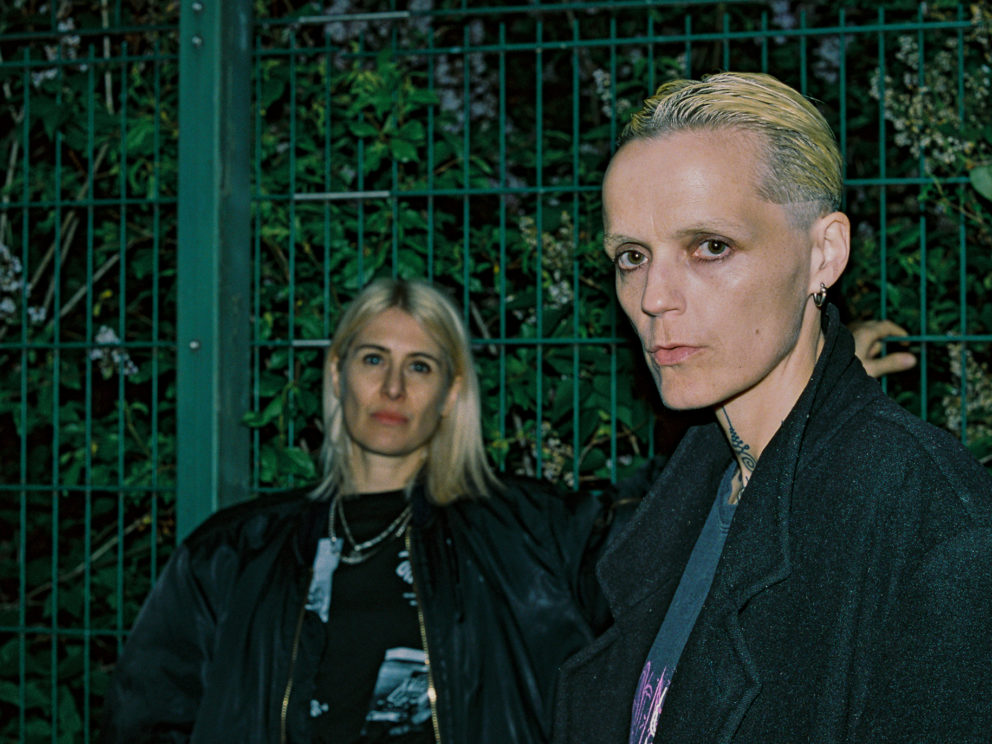