Somehow, Black Rebel Motorcycle Club always seem to make it work. No matter what kind of difficulties life throws at them, Robert Levon Been, Peter Hayes and Leah Shapiro manage to emerge from the depth of the studio with genuine and meaningful songs that defy all the heavy weight on their shoulders and the madness that’s been circling around them. Their latest work Wrong Creatures is no exception.

It can’t have been easy this time around with the band battling all kinds of dark shadows, physically and mentally. A certain heaviness can be felt all throughout the album. Remarkably, this notion of darkness doesn’t lead into a one-way street, but into a deeply reflective state of mind that Black Rebel Motorcycle Club explore with courageous hearts. At the end of the day, writing songs that all capture a personal, at times fragile momentum that still feels incredibly accessible when they open the door wide enough for their listeners to go through it with them.

Musically speaking, one of the most surprising tracks on Wrong Creatures can be found towards the end of the album called Circus Bazooko. A reference to the infamous casino in the adapted movie Fear And Loathing In Las Vegas based on Hunter S. Thompson’s novel. Wondering how much of the novel resonates with the band in general, we stuck our noses into the book deeply while meeting  Black Rebel Motorcycle Club in Berlin.

Instead of reading quietly together (maybe next time), we asked BRMC to revisit selected passages in the novel and draw parallels between their own work and the literary classic.

‘We promised, but the moment we got inside we lost control.’

Peter: Our producer Nick (Launay) helped us before we got to this point. In the studio, even when we broke it down, he broke it down even more. He definitely helped. It’s different when you’re in it not to get self-indulgent, I didn’t have a big problem with that I guess.

Robert: It’s strange with us. We’re pretty jagged with our attention span. Having something new coming in and keeping it interesting. At the same time, the other side of our personalities is the exact opposite.

‘I hate to say this, but this place is getting to me. I think I’m getting the Fear.’

Robert: We usually go away somewhere and find a looney bin pretending we’re vacationing, but this time we stayed in our own self-made world and didn’t go outside of LA. There were good things about that. We recorded at a lot at different locations in the past which created a lot of challenges communication wise. It was tough. Sometimes it helped, sometimes it hurt. The good and the bad. Looking back, I miss that kind of getting away thing that happens when you don’t have home life that just comes up and distracts you.

‘It seems like a lifetime, or at least a main era – the kind of peak that never comes again.’

Leah: I don’t feel like there’s been a peak for us. I don’t think about our music in normal career terms because you can’t. I feel like I’m always too close to what’s going on to have any sort of perspective on things that would make sense to anyone else. I exist in this little micro-bubble of cluster-fucking-chaos. I don’t know what’s going on…everything all at once.

Peter: Just try to live as though there’s more. My peak is trying to understand my own existence. If you want to deal with music, just have a connection with your own music. You’re trying to maintain that and that comes and goes. It’s always coming and going. As far as our career goes, I’m not too concerned with that kind of peak.

‘There was madness in any direction, at any hour …’

Leah: Looking at the world, I think psychiatry business must be booming…and pharmaceuticals, I’m sure. I’ve been thinking that a lot. Sales must be going through the roof because everybody is freaking out thinking when is it going to end?

Peter: I think Hunter S. Thompson enjoyed the madness. I thought that the peak was being able to live in the madness at every moment and living in that state. Maybe learning to love it.

Leah: There is different kinds of chaos and cluster-fucking. Some is more serious than other kinds. I think ours is the kind you can learn to exist within. It might drive people crazy, but you gotta be able to hang and figure out how to function within the chaos.

Peter: What would be a peak is finding the madness in every direction at any hour and learning to sail smoothly.

Leah: I think it’s gotten easier to deal with the madness. Like coming to grips with the lack of control that you really have of life. Even with my surgery and all that stuff. There were some dark humor moments in that… 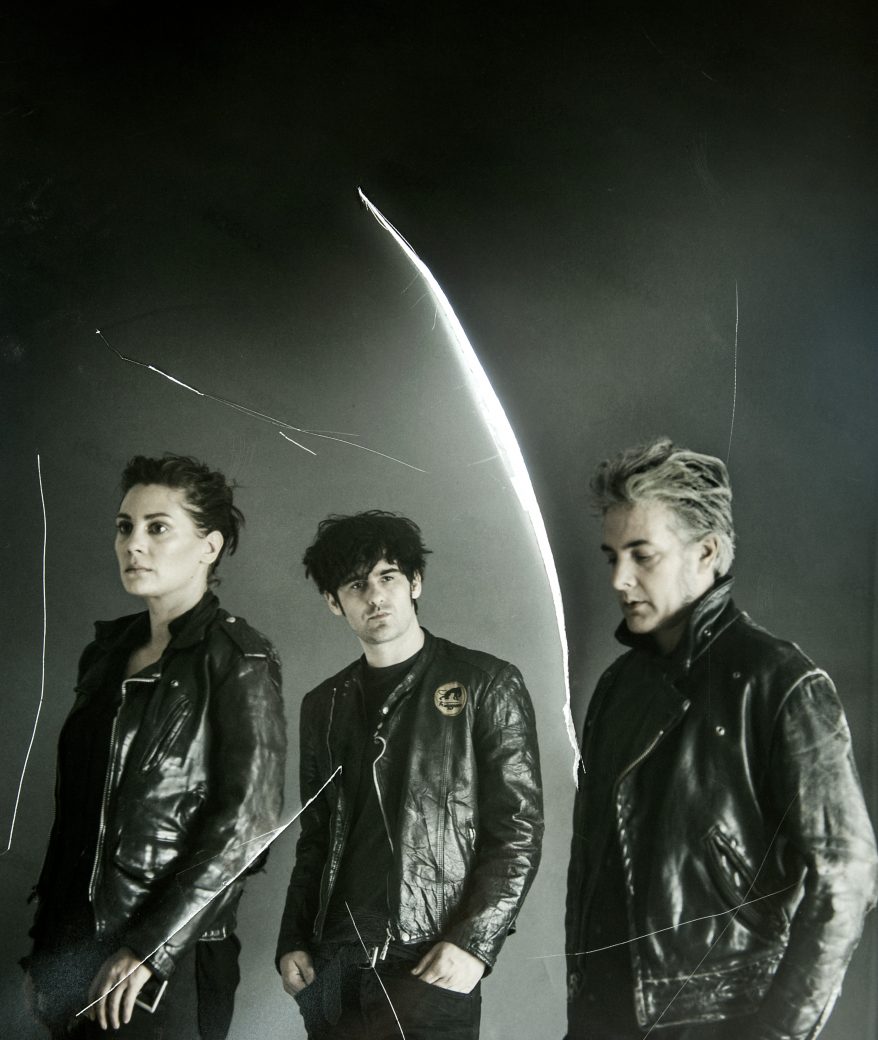 ‘I hadn’t slept for something like 80 hours … tomorrow we would have to get serious.’

Robert: That fucking applies to what is already happening…

Leah: Just touring in general. On the Specter album, it was insane…playing a show somewhere in Ireland not sleeping at all and then taking the first flight out to the festival and playing in Switzerland in the afternoon. Nobody, including the crew, had any sleep at all. I don’t know about the getting serious part, but the never sleeping thing is the standard.

Robert: Peter, I think you’re the best sleeper out of the three of us, right? You’re the only one that can kind of sleep sometimes. You used to have a hard time.

Peter: Yeah, I can fall asleep pretty much anywhere anytime. I can find a way to knock myself out here and there. We have actually made it easier on ourselves. We used to do seven days on for a week or two straight doing shows. That’s just not fair even for people coming to the shows. You’re not giving people what you can and what their money is worth.

Peter: That helps. If you look ahead and start thinking about it … it’s better to just wake up and do it. How we keep up with all that? You can ask the same question to a doctor who is working 12 hours and they are dealing with serious fucking shit. Or military, they are on the field for days and days. There is no comparison between them all, but at the same time the comparison is how the fuck do you do what you do?

Robert: Talking about sleep and exhaustion and being on the road, it’s even harder to know how to be a human being around people more than just get onstage and play what you know you’ve done a thousand shows before that. Being exhausted, tired, bitchy or whatever the day is and they are going to magnify that… ‘Oh this is what this person is about.’ That’s probably more difficult than playing music. Over the years, I have gained more respect for people that are more famous than us that have to do a lot more face time type video stuff on camera selling their shit. We have to do a relatively small amount compared to actually successful bands. That’s impressive. That’s exhausting and a whole other art. An art form and a set of skills that I don’t think we have. It’s another job to do that.

Leah: The people that are on this level, their schedules look like they are so much more sheltered.

Robert: The private plane, the suite. They have everything being taken care of.

Robert: I rather settle with coach and coach sleeping…and old pizza left over for breakfast. It’s better than having to deal with that level of being on camera all the time or whatever.

‘Turn that shit off. Let’s get out of here.’

Leah: Not something we say to each other. But we react like that when we listen to something clearly mediocre. Something you heard a million times before…

Peter: It’s more about shutting someone up. Or saying to your own brain turn the fuck off. Learning how to turn that voice off and being a bit more accepting. I think it’s dangerous to be too accepting of things, especially mediocre things. I’m not good at turning these voices off, but that’s why you say that out loud.

‘Our energy would simply prevail … We had all the momentum, we were riding the crest of a high and beautiful wave’

Robert: I think Hunter S. Thompson was more spiritual than people give him credit for or romanticized of the human spirit and our potential. He was so tender and so vulnerable, but there was also this shield of quick wit and wordplay. He was such a romantic. That’s what’s so powerful about reading. He’s like a tank. Holding a rose inside the tank. He was always hinting at I’m not this thing that the world made me. Maybe that’s what the energy is all about. It could be romance.