Norwegian singer-songwriter Jonas Alaska’s fifth album, Roof Came Down, came out in 2020, and after that the artist found himself in a bit of a rut. The release of a record had always left him feeling burnt-out, and with his creativity drained. “I get an empty feeling, like ‘that’s it, I have nothing more in me’”, he says. So struggling for inspiration, he took a radical step to try and fix the problem. Unable to write songs for himself, he decided to abandon the attempt, and turn his hand to writing for someone else.

Through a series of twists and turns, that process eventually led to Alaska’s new album Girl. And anyone with even a passing familiarity with his earlier work will realise upon encountering this album, that things are very different, dramatically so. His old music was warm, stirring and graceful singer-songwriter fare, classical pop compositions led by Alaska and his guitar. Girl on the other hand, is a leap into glossy, sparking hyperpop, with its credentials in that department even boosted by a collaboration with fellow Norwegian and box office popstar Dagny on the sky-scraping You’re Not Fooling Anyone. It’s a record of smart, slick and clever dancefloor-ready hits, and soulful, swinging songs blessed with monster choruses. So it seemed like time to catch up with Alaska and see how he got here.

Boosted by Bowie and Billie

Girl got its start from Jonas’ creative emptiness following Roof Came Down, and a little help from Billie Eilish, both of which gave him the idea of leaving his own project on the shelf for a bit, and taking some time to write songs with pitching them to pop artists in mind. “A friend of mine is in that game, writing songs for pop singers” he says. “So I had that in mind, and then I heard Billie Eilish. I had heard her name everywhere, and so I eventually got around to checking her out. And it was super surprising and inspiring music. So that sparked the idea of trying to write songs in that area, and I thought it could maybe become my 9 to 5 day job. I love writing, and if you took that out of music, I wouldn’t be doing it, because that’s what I like the most. I felt I had a great idea – to write as much as I could. To not focus too much on detail, to write a bunch of sketches I could pitch to other artists. I did that for half a year. I would take my kid to kindergarten and then walk over to the studio and write”. After a while, the songs began to feel a little less like something he could give away, and more his own: “I started playing some of the songs live, just me on guitar, and I started to like them more, and they felt more like my songs. Then I realised that it was an opportunity to write a weird album. I’ve always liked artists who could change – David Bowie for example, having done glam rock and then pivoting to Young Americans”.

And so Girl became a Jonas Alaska album. The album’s original aim then provided its title: “In my head, I was gonna call it ‘Meant For Her’, or something like that, to underline that these songs were written for a girl to sing. But that title doesn’t really roll off the tongue [laughs]. I figured Girl would work for an album that started off with me singing songs from a girl’s point of view”.

In much the same way that switching genres was a source of fresh energy for Bowie, in also revitalised Jonas. “It was a lot of fun”, he says. “I’ve made a lot of albums where I’ve been super serious and nervous, and things have to be like this or that. This was a place where everything was allowed, and it was easy. It’s always been hard for me to cut bits of songs before, and to cut pre-verses and stuff, because I’ve felt the lyrics are too important. But here I could cut more, go straight to the chorus and stuff. I worked with Eivind Helgerød, who produced it, and he really got the idea and helped me take it further than I could have done.”

“I kept thinking about a Bowie quote, where he says it’s good to feel a little embarrassed in the studio, it’s a good sign. And I felt embarrassed quite a few times on this album. And it had been a while! I felt I had gotten myself down a safe path, so it was fun to get off it”.

What emerged is an album of exuberant moments, from the irrepressible, bouncy dance-pop song Light Switch to the glossy, neon-lit Just A Friend. But the brief of writing pop songs didn’t mean cutting down on the songs’ emotional power. The duo at the heart of the record, How Do I Love and Together, draw together one of the record’s main themes, its split view of the twin sides of love. How Do I Love is soft and doubtful, whereas Together is cocky and euphoric. “There are a few songs about the lust and desire parts of love, which are upbeat songs, and I think the more dramatic songs are more about heartbreak”, says Alaska. “’Together’ is that kind of ‘you and I are meant to be together, you just have to realise it’ song. With ‘How Do I Love’, I think that was the first song I wrote this this album. I saved it on my phone as ‘Alicia Keys’, I think I had an Alicia Keys-type idea in my head. For a long time, I wasn’t going to use it. We sped up the tempo and tried to make it more dramatic, but we couldn’t get it, it kind of died on us. But then we took it back to the original tempo, and I wrote the demo for it, and we took a lot of parts away, and ended up with the bass, the sub-bass and the vocals. That brought back the tension in the song I think”.

Moving into the pop genre was also freeing for Jonas when it came to the lyrics. Singer-songwriters are often faced with huge pressure to be authentic, with the demand that they bleed every line of their songs. In the pop world, Alaska was free of that demand, and could write lyrics with a dash of fantasy and fun. “I found with my previous songs”, he says, “that unless they were about me or something real to me, they didn’t work. That makes it hard too, if everything has to come from your heart, you can get stuck in the same patterns and themes. That’s what I felt when I was finished with ‘Roof Came Down’, I was sick of being in my own head, complaining about my own issues. So it was so liberating to write about whatever, to make a bunch of shit up. It was all about love, and having a catchy title. I think too, that I wouldn’t have written those lyrics, if I thought they were going to be for me. I thought someone else would sing them, and that puts you in a very different mindset”.

So with the album finished, Jonas Alaska is now back where he started, feeling empty creatively and wondering where he’ll go next. At the moment, ideas are not forthcoming, but the Bowie method of permanent transformation is still something he has on his mind – other genres might call out to him in future: “I have no idea what I’m going to do next. But I really want to make a proper country music album at some point. Before I’m done, I want to have one classic country record”. In the meantime, he’s finding ways to relax and refresh himself through an old love, painting (“it’s a good feeling. Those hours go by so fast, I’m listening to a true crime podcast, I’m painting a landscape and the day is over like that. I get really into it”) and pondering how to augment his live set with the songs from Girl (“I want to blend these songs with my old ones. When I’m at festivals and I’ve seen big acts with that pop sound, I’m always hoping they’ll break it all down at some point, and play something on an acoustic guitar. I’ve always loved seeing big acts do that. I’ve realised that having new songs on the setlist is very good for the old songs too, it sharpens your mind a bit. If you’re nervous about the new songs, you focus more throughout the set”).

And while he’s figuring out where to go next, Girl is finally out there in the world. Not a bad result of a year’s work, and not a bad way for Jonas Alaska, when he’s feeling empty, to remind himself that he’s pretty good at this old songwriting thing after all. 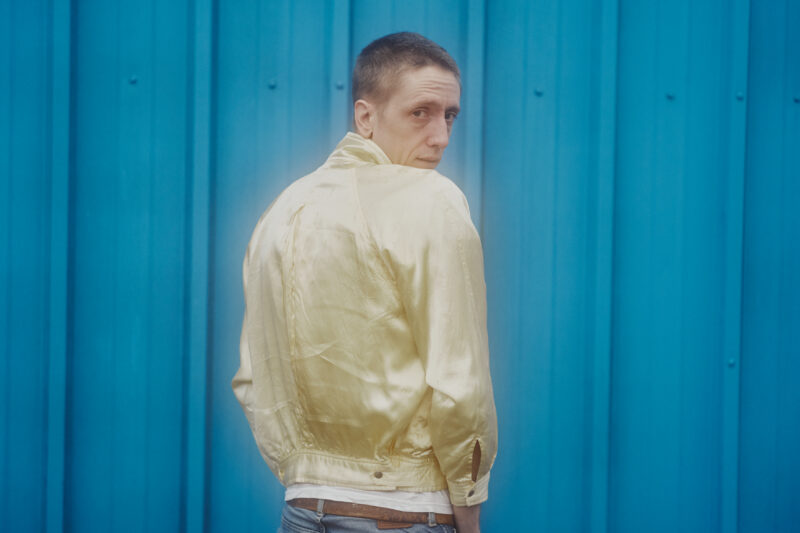 Girl is out now on Braveheart.