Dancing With The Shadows: Introducing The Poetic Pop Of Oehl

Every once in a while, there is an intriguing German-speaking act entering the scene, that even we at NOTHING BUT HOP AND PASSION cannot turn our eyes away and have to tell you all about it. This duo is certainly one of them. Oehl, that is the project around Viennese songwriter Ariel Oehl and multi-instrumentalist Hjörtür Hjörleifsson, who have released their debut Über Nacht (Over Night) earlier this year and are making quite the fuss in the community. Airy, groovy pop tunes meet up with lyrics that dive deep into a literary melancholy, almost casually uprooting entire centuries of poetic tradition. Meanwhile, the music remains light-footed, even danceable, wavering between sweet melancholy and a soulful electronic harmony.

Set at the outskirts between daylight and nighttime, the album is full of subtle nuances and transitions that excite, astonish and entertain more than just a bit. The atmosphere is charged with a serious touch of gloom and deep thought, met by a large front of synths and samples on a musical level. These add another complexity to the songs as well as they lighten up the dimension of poetic thought. Blending together music, art and literature, Oehl have created a stunning debut that assembles unique gems of a charming quality and have wrested off the German language a poetry that is at once musical, as it reveals profound emotions.

‘There’s no train where I’m going
No friendly face, just the ferryman
What I’d give to be Orpheus
If you turn around too soon, you’ll lose your shine’

Hymns to the night

It does make some sense to approach the record in terms of the atmosphere and the nocturnal symbolism it creates. A lot of this is rooted in the strong appeal of the lyrical side of the songs. These take their sources in inspirations of literature, art and mythology. ‘I have to admit, there are poetry anthologies lying around all over my flat, in all kinds of languages’ Ariel Oehl confesses and laughs out. And, a well-versed listener might notice that it is not just inspiration that these provide, but a treasure trove for the skilled lyricist. ‘Often it is just one or two lines that I borrow, then I build my own text around that’, Ari tells me. Tausend Formen (A Thousand Forms) for instance, borrows from a well-known Goethe poem. Neue Wildnis (New Wild), later on the record, takes a line from a poem of the German poet Rainer Maria Rilke, only to name two famous references. These add a lyrical density to the songs. That this approach does not get too heavy-minded is first and foremost the merit of the vividness of the musical arrangements, fronted by the vigorous bass lines of Ari’s comrade Hjörtür Hjörleifsson. 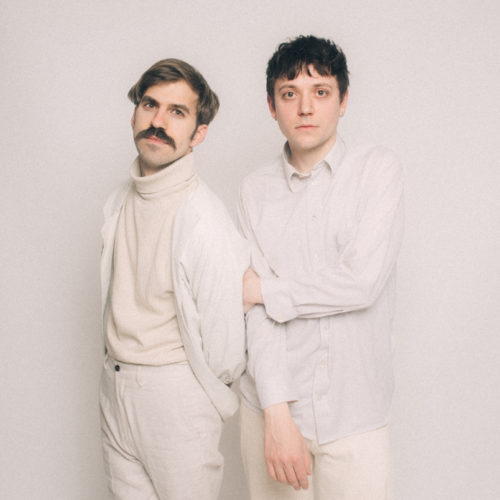 ‘For me, the classical themes, the greek mythology, or the old testament for instance, are topics that feel more close to me’, Ari goes on, pointing out that ‘especially fairytales and legends deal with how we process fears and insecurities’. Fear, along with despair, grief, having to bid farewell, are then also strong backdrop to the record, as it is. ‘I cannot deal with these topics in writing songs about iPhones. I simply need the heaviness of the topics’, the songwriter explains. Wolken (Clouds), on the first half of the record, is a strong example here. Painting an obscure picture of a character who is looking for something or someone that does not exist anymore, it blends together shadowy symbolism with bleak themes such as loss and trauma. At the same time there is the lightness on a musical level that dissolves these heavy tensions and creates a vibe that is charming and atmospheric, to say the least.

‘I believe our music fits more into the moonlight than in the sunshine. It’s moonshine music.’

Call of the wild

One one of the many facets of Über Nacht (Over Night) is that it feels like a departure of sorts. The rather mellow, airy musical arrangements that capture the setting of the night is well covering up the sense of motion, that the songs are representing. Neue Wildnis (New Wild) for instance illustrates that manner. Picturing someone entering a strange and unknown new world, it features figures of fear and disorientation, all the while setting a character into this wildness, who is trying to navigate through a strange world, trying to discover beauty amidst desolation.

‘Who has divided the world into two?
Who puts the foreign next to the familiar?
The highest tree in the forest a mobile phone mast
It carries the spark of wilderness into the world’

‘We are not talking of the “wilderness” per se, but about a “new wilderness’, Ari outlines his position on the song. ‘That refers far more to the digital, the cyber world. That is the digital wild, which we all have to navigate through’. Along with the accompanying video, the song develops a strong sentiment. Moving back and forth between ancient imagery and modern-day correspondences, the tune creates a stunning compendium of meaning, tackling views on nature and culture. And all the while spreading good vibes all over the piece.

‘We cannot find a home in this digital wild. We keep on searching and waver between these extremes.’

Oehl do admit, that with their first record they have just established ‘first walking attempts’ and yet, the future seems bright for the two-piece and their crew. Last summer, they got to support German pop heavyweight Herbert Grönemeyer on a leg of his Tumult tour, who also signed them on his label Groenland Records. ‘We’re just trying to get ahead, there’s still a lot that we want to achieve’, Ari sums it up in the end. Right now they are working on a cover EP, letting other artists do interpretations of their songs.

‘I really like the concept of not always having one band or singer and once they’re not around anymore, the music ceases to exist as well.  Making music is not about the ego, but about creating something worthwhile with exciting artists. Oehl does not have to sound exactly the same all the time, but can also become something quite different.’

There is a broad approach to all of this. Oehl is embracing the idea of art, as a wholesome form of experience, trying to share the feelings they place in their music with people eager to follow them on their road. It is only fitting then that one of their first merch products was a self-developed perfume that carried the smell they would associate with their sound. By the way, ‘all the songs of the album do have an English basic text, before I transfer it into the German language’, Ari reveals. This does illuminate the intricate and multi-layered writing process even more. And it shows how eager this project is trying at pushing the boundaries of their craft in that they aim at creating not just songs, but experiences that well transcend the realm of music. 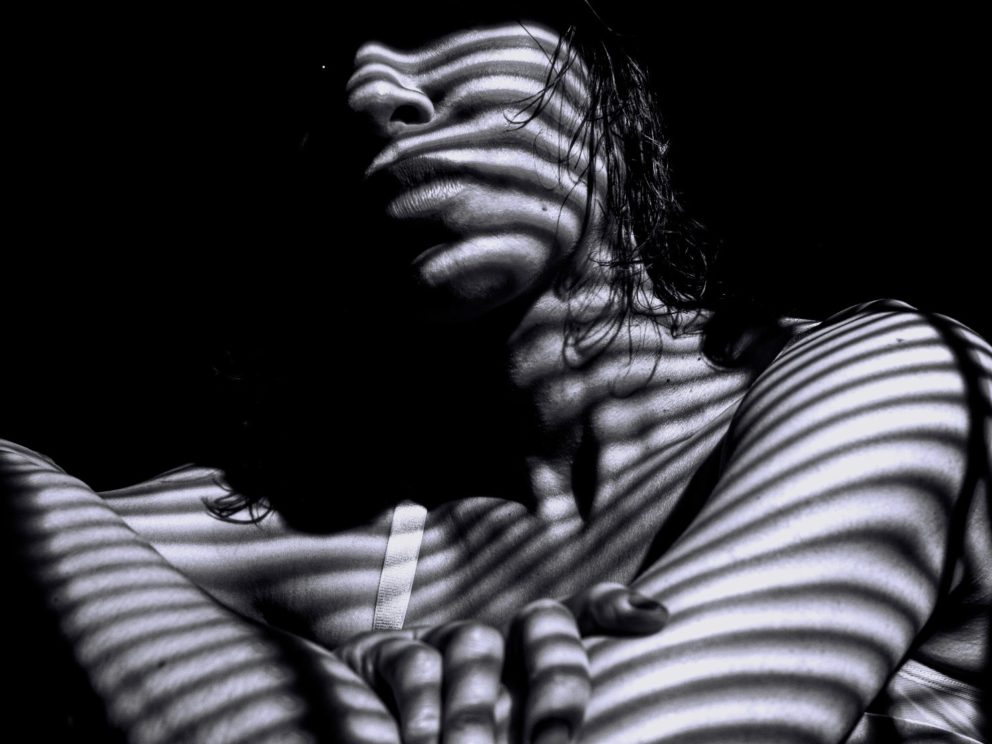 70s style glam, retro synthesizers, and noir-vibes of old movies set in the abysses of a metropolis - do I need to say more?! Here is Arya Zappa's new single 'Cut Grass' exclusively on NBHAP. It is a hauntingly beautiful affair balancing goosebump-evoking creepiness and musical finesse. 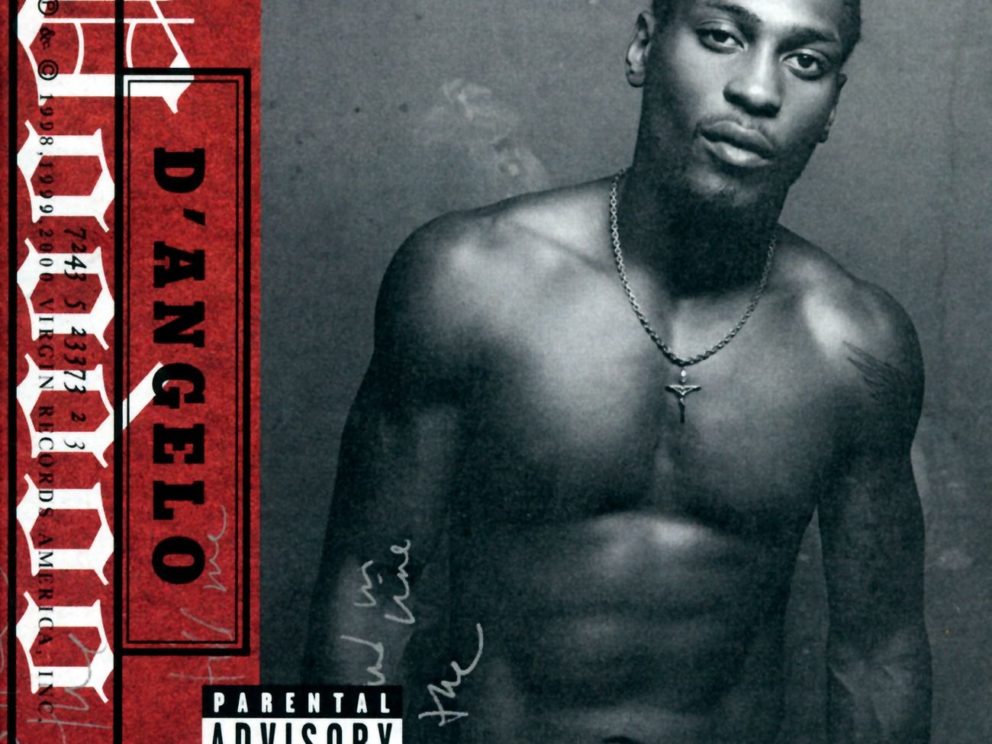