A Kansas boy replanted in Berlin, Jae Tyler has been putting out lo-fi, high-concept music for a while now, dabbling in everything from rubbery synth-pop to trash-rock. Now, with an album on the way, he’s back with a new single, Famous.

So what do we get? Well, Famous is a big shiny, synth-pop song, but one with a little dirt under its fingernails. It’s the story of a man wrestling with his dreams, and specifically, wrestling with the fallout of those dreams crashing into reality, hard. Tyler wraps that story up in glittering synths and sparkling melodies, for a song that successfully straddles the border between scuzzy, sweet, theatrical and charming.

And with the song comes a video courtesy of Katrín Helga Andrésdóttir, aka Special-K. Featuring a couple of cameos from members of the International Musicians In Berlin union, Andrésdóttir brings Tyler’s fevered visions of fame and its shadow to life, painting the pictures of his imagined highs and lows. You can catch interviews with Tyler, about the song, and Andrésdóttir, abut the video, below.

Ok, so first of all tell us about the song Famous.
The song Famous is really just me externalising my insecurities of being a 30-ish white guy from middle America raised on corn, pork, and good ol’ American entitlement. It’s a sort of playful dirge for my misbeliefs of growing up to be a famous musician like all my friends and family told me I would since I was like, 10. In that sense it’s like a delusion funeral. A place where your dreams are dead, but can be celebrated and remembered as something greater than they actually were.

“Never wanna be famous…don’t wanna sell anybody anything” – is Famous a song about turning your back on the idea of fame?
Essentially I’m just giving full reign to that self-sabotaging voice on my shoulder saying, “You need to make money, buuud. How are you gonna do that making stupid art? Get a RJ (real job) BUUUUD”. I think it’d be real fun to be famous just because I’ve always equated it to success in music, but it’s too exhausting to hope for. However, I DO hope other striving creatives can find solidarity in my message of giving UP on fame, and giving IN to creative excellènce.

Famous is a very different song to Exercise, which went in more of a tight, driving electronica direction. That’s also a theme in your older work, your songwriting seems to spin in many different directions across your releases. Are you someone who needs to write in many different styles at once?
I suppose I’m a heat seeker. So long as it’s got a heat signature I’m tailing it. I find my voice being led from one idea to another unquestioned until it’s too late usually, but by that time the song’s been written and recorded and I’m left with it the way it is. In that sense I’m a genrephobe. I was listening to Solid State Survivor by YMO a ton when writing Exercise VS. a lot of Double, Todd Rundgren, and Lansing-Dreiden when writing Famous. What results on the record is a hodgepodge montage of other peoples songs that I’m trying to rewrite.

You’ve got a debut album coming up, give us an introduction to that.
It’s called L8X and will be available to the open public this fall on Street Pulse Records. It’s best described as a rock cocktail crafted from my very own 10 track recipe of deliciously neurotic, insecure retellings of my favourite and least favourite party/life experiences. We’ll have a big birthday bash for it later this year, which you’re all invited to OBVS!!

What did you feel when you first heard the song, and how did you set about visualising it when you were tapped to make the video?
I’ve been Jae Tyler’s #1 fan since I was at an afterparty with him and his wife Mr. Silla in Reykjavík back in 2015. Silla was listening to something in headphones and was really into it. I was amused by this, such a solitary thing to do at an afterparty, jamming hard to something in your own headphones, so I said something like: “this must be really good music that you’re listening to”. She put the headphones on me and ever since I’ve been consumed by Tyler’s genius. The sound that filled my head was so interesting! Complicated yet simple and the overly sincere lyrics were poetic and raw at the same time. We kept in touch, I got access to a secret Soundcloud link with unreleased music and spent many evenings listening to it and playing Free Cell on my laptop. About a year ago I decided to move to Berlin and guess who had a spare room? Silla and Tyler! Once again I got the privilege of listening to unreleased material and we soon decided to collaborate.

At first I was supposed to make a video to another song, but ideas weren’t coming to me. I listened to all his songs again and Famous was the one that felt right. It’s not necessarily my favourite song from his upcoming album, Speed and Nothing Makes Me Harder are both perhaps even greater, but Famous tackles a topic that I’ve thought about a lot and I felt like it had a strong narrative. Before I started writing the script, I did some research on low budget videos. I took inspiration here and there, especially from Connan Mockasin’s Con Conn was Impatient. The head in the sky and watching himself on TV are both borrowed from maestro Mockasin. I wanted a homemade look, so I used my parents’ old DV camera. The video is made with very little money, but a lot of love. I made the script as detailed as possible and we spent a lot of time planning locations, outfits and make-up.

Famous is where “fantasy and harsh reality meet”, and you use all sorts of cartoonish devices to tell that story, from the views-divergent YouTube clips through to tossing the guitar in the rubbish. Is this a style you enjoy using in your videos?
I don’t like to take things too seriously and I guess adding cartoonish features takes you away from that. I also just really like amateur theatrical gimmicks, things that are too much. Michel Gondry is a big inspiration and ‘more is more’ is my go to mantra. When me and Tyler were sharing inspo for the video, we mostly showed each other comedy, rather that other music videos. I remember Totino Boy! from Tim and Eric, Guitar Lesson by Snuff Box and Motherlover by The Lonely Island ft. Justin Timberlake. All gold!

Famous is out now on Street Pulse Records. Jae Tyler plays Badehaus in Berlin on August 23 and No Kiddin’ Festival in September. 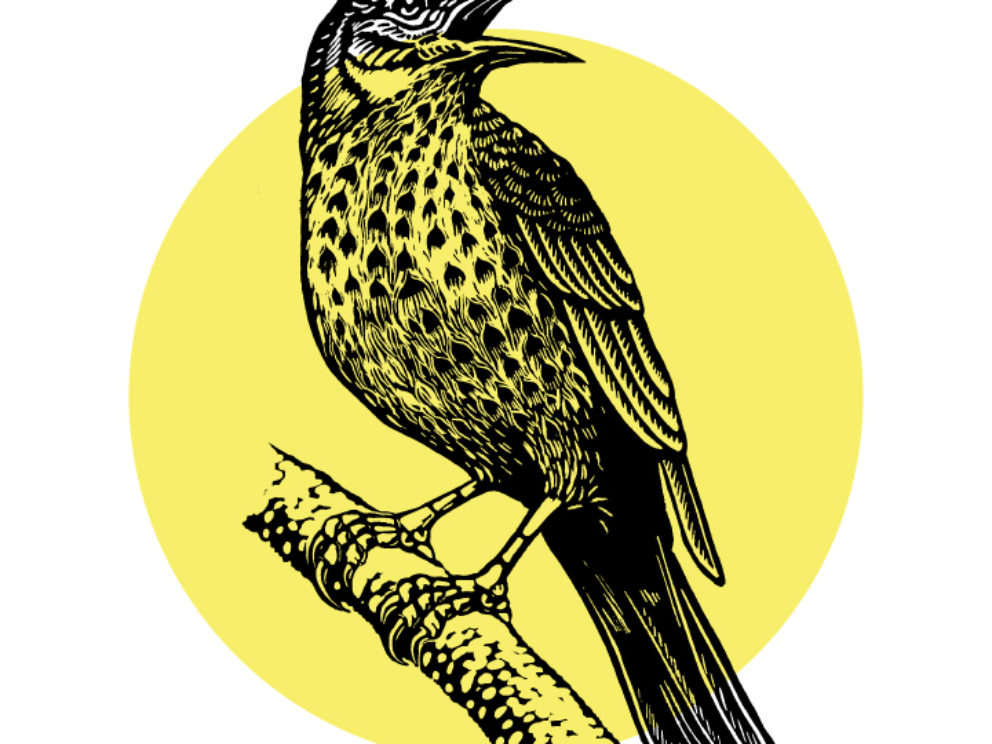 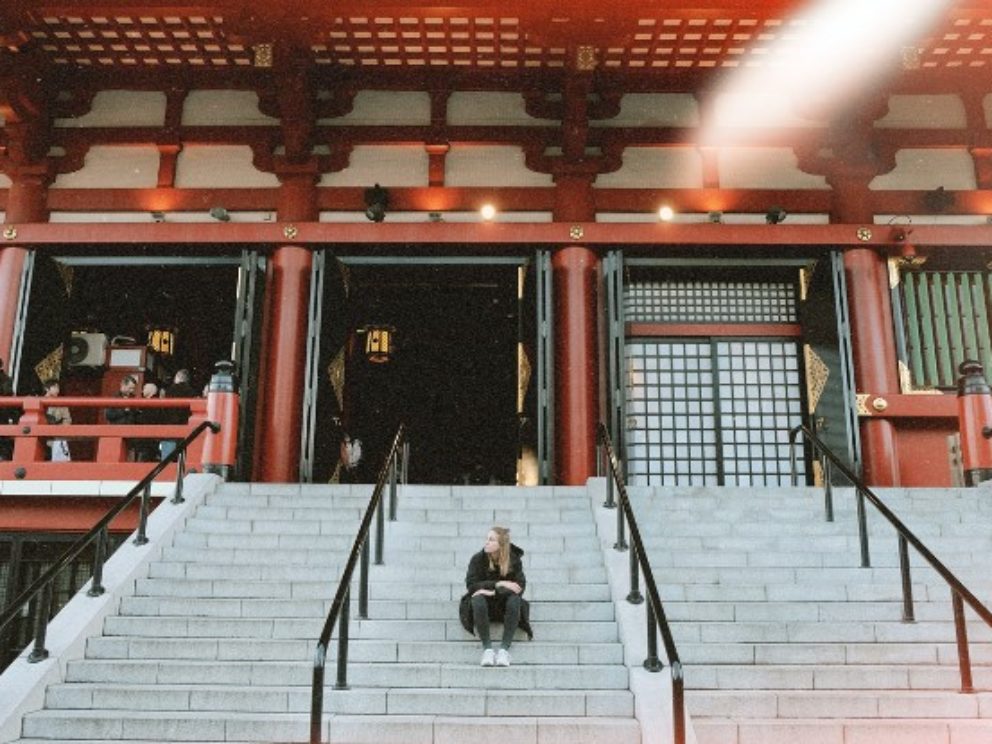 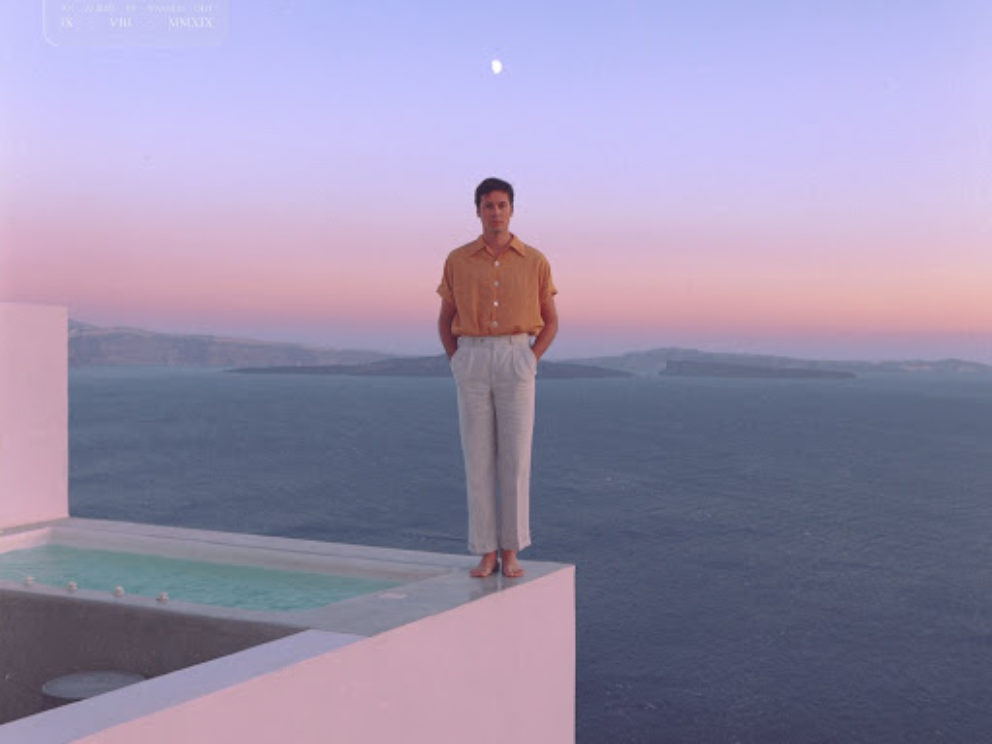