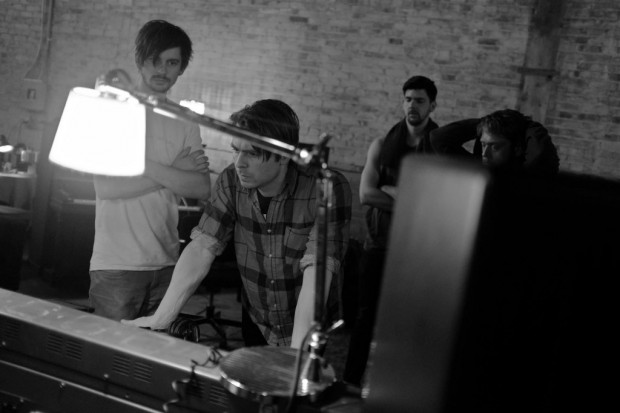 NOTHING BUT HOPE AND PASSION are excited to announce the premiere of AESTRID‘s new track, Seattle or Portland. The track is a first glimpse of their forthcoming third album No Map or Address, which will be released by Suburban Records on the 3rd of October. Recorded in the space of eight days in Brantford, Canada with the help of Glen Marshall (past engineer of BRIAN ENO and DANIEL LANOIS), the album aims to get back to the band’s roots.

‘When I was a teenager I used to stand in front of my guitar amplifiers and turned it up loud,’ says singer/guitarist Bo Menning. ‘I sang against the wall of sound that would come from the speakers. It was so overwhelming. It was like a blanket of sound under which you could hide.’ It’s precisely that sensation that the band have attempted to reproduce with the new recording.

Listen to the premiere of Seattle or Portland below.