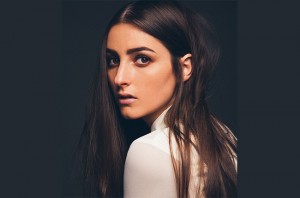 Singer BANKS just released a video for her song Brain. The SHLOHMO produced track is probably a harbinger of BANKS‘s debut album that is expected to be released this year. Here latest EP London is already out now. The video visualizes her soulful singing with kaleidoscopic pictures.

Last year her single Waiting Game was NOTHING BUT HOPE AND PASSION‘s Sound of the Night. The Californian will also go on tour through the UK. See dates below.