Daily Tune: Watch Royal Canoe become quirky in their video for ‘Walk Out On The Water’ 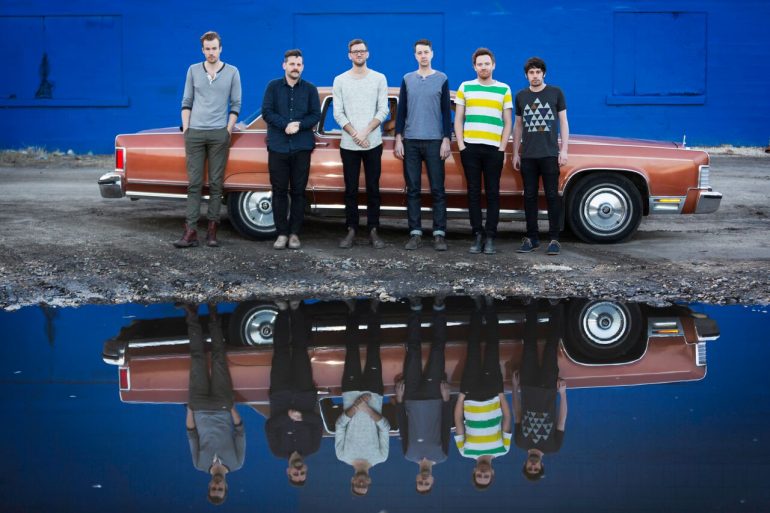 ROYAL CANOE, six lovely guys from Winnipeg, Manitoba. Three years after their debut record Today We Are Believers (we talked to them after their performance at Immergut Festival 2013), they’ve released their second album Something Got Lost Between Here and the Orbit in autumn last year. Now single Walk Out On The Water has been treated with a music video by director Dan Huiting and choreographer Kaja Irwin.

Walk Out On The Water is an incredibly quirky track packed with handclaps and jangly melodies, set against Matt Peters’s emotive delivery. Eruptions of sound are raining down on the listener from all sides. there’s even a bunch of background singers doing a great job evoking gospel atmosphere in the chorus, congenial to the song’s sacral themes of ‘singing a hallelujah’ and being ‘strong enough to bleed’. Just as much imagery is appearing in the video, shot in a desert in Manitoba (yes, they actually do have those up north in Canada), where an orphan boy aimlessly wanders looking for fresh water. Dancing through the desert, his fiendish smile and his mysterious monks companions make for a comical scene.

ROYAL CANOE are gearing up for a tour through Europe in support of their sophomore record. Check out their tour dates below.