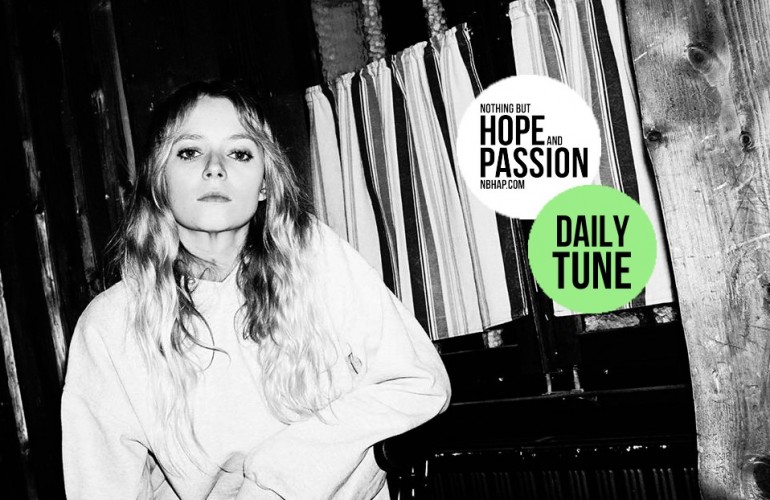 Danish musician Sarah Mariegaard, aka SOLEIMA, who after a spell in hip-hop with FLØDEKLINIKKEN transitioned to pop a few years ago. We’ve been tracking her for a while now, and it seems like 2017 is set to be a big one for her, as she’s just signed up with Parlophone. And dropped a new single, Cracks.

It’s rare that an artist can establish a sonic signature across just a few scattered singles, but SOLEIMA has managed to do that. Cracks follows in the pattern of a lot of her other work, a smooth, fluid pop songs, built around the interplay between the kinetic snap of the beats and the slick synths. But as on her earlier songs, she pairs the song’s pop power with emotional depth, a story about breaking through ennui. Mariegaard says:

Cracks is a song about hope. The hope that there is something good coming in the future, no matter how bad the present can sometimes seem. I’m, like many others, filled up with these kinds of thoughts at the moment.

A debut EP is finally due out this spring.