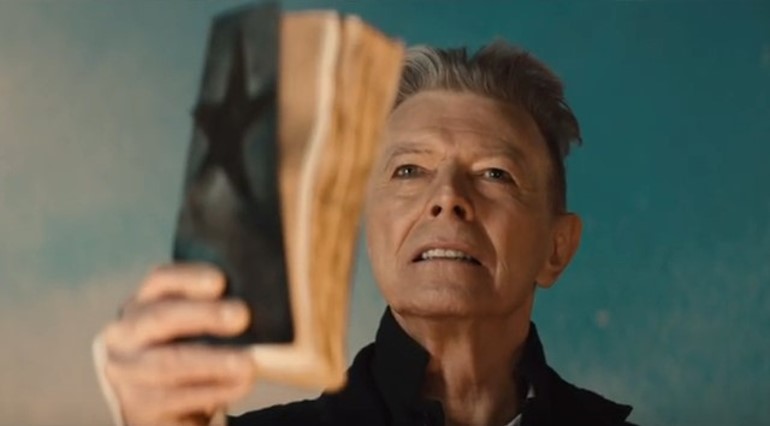 The almighty DAVID BOWIE has always been a restless creative mind and worked on far more material till his death in January than we witnessed on his final album Blackstar. One of his final projects has been the work on the musical Lazarus. The cast album of it will arrive this Friday on October 21 via ISO/Columbia/RCA. The second disc also features three previously unreleased BOWIE songs from his final recording sessions. The songs When I Met You, No Plan and Killing a Little Time were all recorded with Tony Visoncti and ★ band.

The first new song called When I Met You was now premiered via BBC Radio 6. You can listen to it right here when skipping to the 51-minute mark.

No Plan, on the other hand, can be heard right here, at the 46:20 mark as it was played via BBC Radio 2’s Jeremy Vine Show.

UPDATE 21/10/2016. You can listen to the entire Lazarus Cast album below as well thanks to Apple Music. The three new tracks are currently not on Spotify (the rest of the record is) but and other services but will hopefully show up there soon.

After two highly-sucessful Savages records, singer Jehnny Beth decided to go solo with the record 'To Love Is To Live'. NBHAP author Louisa Zimmer called the French artist to find out more about her most personal work to date.
continue reading

The Australian musician Gordi aka Sophie Payton lives in between two worlds; music and medicine. In this personal guest article the Sydney-based artist/doctor opens up about why she dropped everything to help out during the Corona crisis and how she copes with the anxiety and frustration that comes with the great uncertainty all of us face.
continue reading