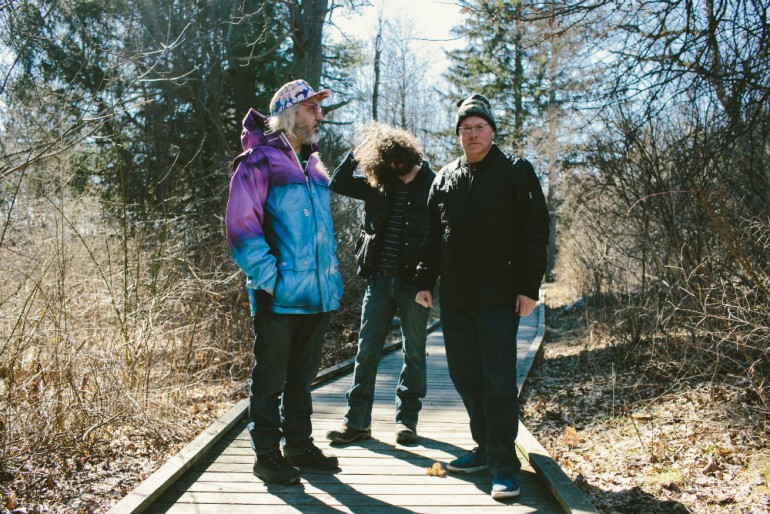 Independent rock institution DINOSAUR JR. reports back with a new studio album. Give a Glimpse of What Yer Not follows 2012’s I Bet On Sky and arrives on August 5 via Jagjaguwar. NOTHING BUT HOPE AND PASSION recently also caught the band live on stage and you you can read our thoughts right here as well as our interview with frontman J. Mascis from two years ago.

UPDATE 20/06/2016: DINOSAUR JR. have now shared a music video for the record’s lead single Tiny. It features Mascis in his natural skater boy environment, accompanied by his dog Beefy. Director Laurie Collyer explains the idea behind the video:

Having come of age in the so-called grunge era I was always about not selling out, not buying in, staying true to my identity and living low. Being a freak in a freakscene was where I found home. This meant listening to the music of the moment at maximum volume – Dinosaur Jr. being in heavy rotation on the turntables of me and my people.

I got to know J Mascis in 2012 when we hired him to compose the score for my film, Sunlight Jr., a love story set among the ruins of the American dream starring Matt Dillon and Naomi Watts. J is nothing short of a creative genius. In the years since our work on this film, I got to know J as a friend. And what I learned is that, aside from music, J Mascis has other passions. Bulldogs and skateboarding among them. When a friend of mine told me there was such a thing as skateboarding bulldogs, I took it from there and came up with the idea for Tiny.