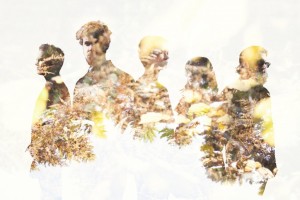 Norwegian songwriter EINAR STRAY reports back with new material. Politricks is the name of his second album which follows the critically acclaimed debut Chiaroscuro from 2012. And as the musician already told NOTHING BUT HOPE AND PASSION in an interview last summer he’s no longer a simple solo artist. That’s why him and his band renamed themselves and are releasing the album under the new name EINAR STRAY ORCHESTRA.

According to the press release the new album is ‘lyrically challenging the notions of heroes and childhood believes, and tells the story of the band members’ transition from innocent childhood to the not so innocent adult world.’ Politricks is set for a release on September the 15th, you can already watch a teaser for it right here.