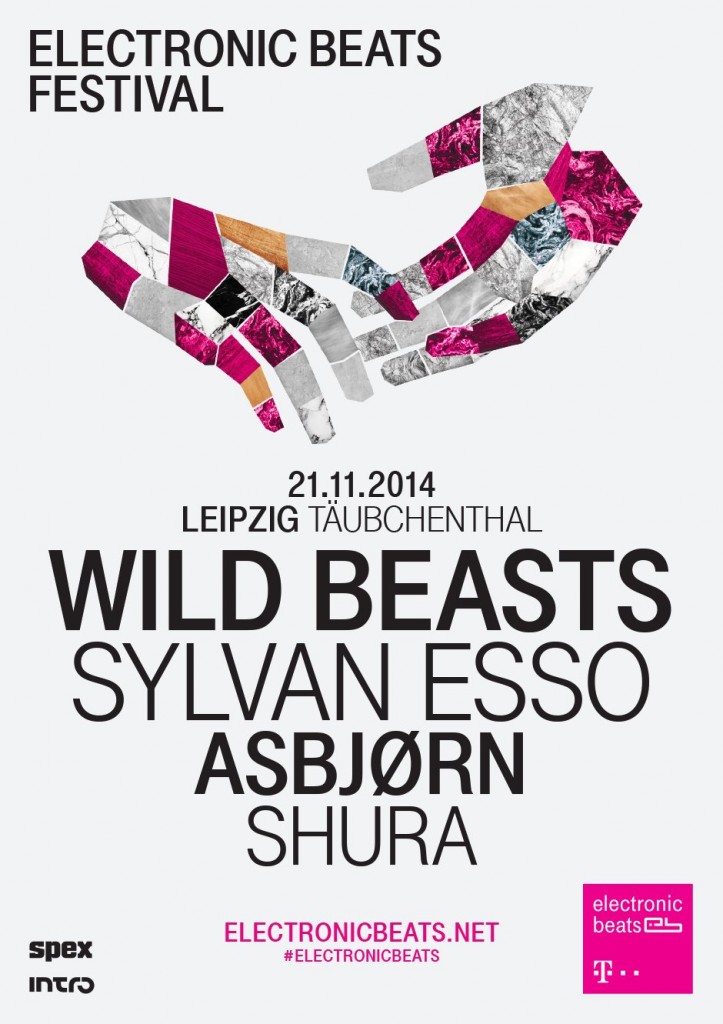 Quite often the cancellation of a long awaited headliner is a tricky situation for every event. But in the end you got to make the best out of the new scenario. And in the case of the forthcoming Telekom Electronic Beats festival in Leipzig (November 21 at the Täubchenthal) you wouldn’t dare to use the term ’emergency solution’ for a band like SYLVAN ESSO. The duo, who jumped in after WARPAINT cancelled their whole European tour, is even closer to the original idea of the ‘Telekom Electronic Beats’ event series than their shoegazing colleagues. Charismatic singer Amelia Meath and producer Nick Sanborn present an eclectic mixture of bass-driven electronics and a soulful vocal performance my Mrs. Meath on top of it. The fact that she usually sings for folk trio MOUNTAIN MAN helps also to explain this phenomenon a bit.

And rest of the line-up is also quite something. British math rock heroes WILD BEATS unfold the hypnotic groove of their recent longplayer Pressent Tense. And Danish pop darling ASBJØRN clearly is an old favourite of NOTHING BUT HOPE AND PASSION. The charismatic blonde will perform tracks off his just released second Pseudo Visions EP. And last but not least we gut SHURA which truly is one of Britain’s up and coming voices of electronic pop, thanks to a track like Touch who made the blogosphere explode in the past months. If you miss that now you might be disappointed next year. But that’s just our guess.

NOTHING BUT HOPE AND PASSION also gives you the chance to attend the event on November the 21st. We’re giving away 1×2 tickets for the festival. Just send us a mail to win@nbhap.com with the subject ‘Electronic Beats’ and your full name. Good luck