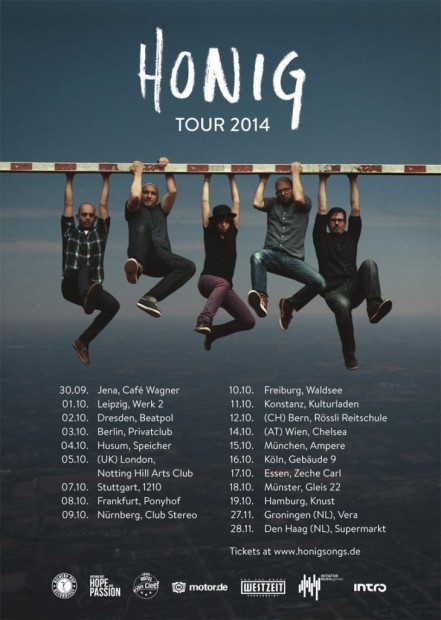 Hang in there, everybody. As you can see from the flyer above German indie/folk band HONIG is about to embark on a big tour, presented by NOTHING BUT HOPE AND PASSION. The band around mastermind Stefan Honig released its new album It’s Not A Hummingbird, It’s Your Father’s Ghost last month. Back then the band leader also explained the epic title in an interview with us and also shared some of the music that inspired the new longplayer as well.

To get you all in the right mood for the forthcoming HONIG shows the band also presents a brand new music video for the joyful Golden Circle. It shows the band’s performance from this year’s Haldern Pop Festival. Watch it right here.