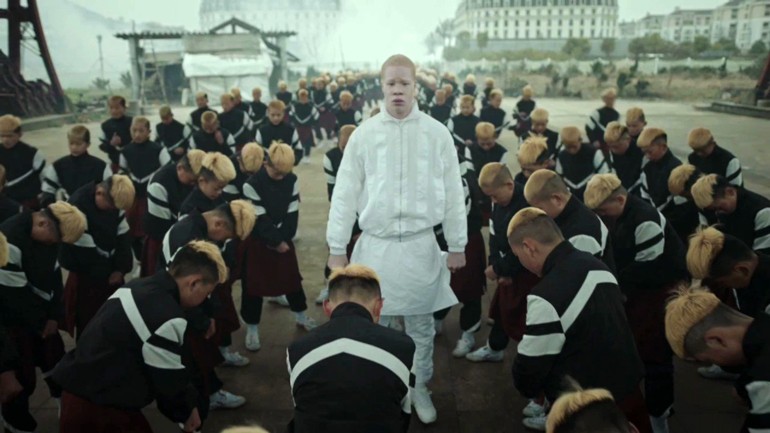 JAMIE XX‘s debut In Colour was simply our favourite album of 2015. While the promo-time is long passed, the mastermind of THE XX just shared a new video for Gosh, a track that already had a mesmerizing video. Where’s the point of visually revisiting a track you might say? Well, when the famous french director Romain Gavras is directing, you never say no.

The video is full within Gavras territory, as his cinematography often explores the idea of identity and the feeling to be an outsider. 2010’s Notre Jour Viendra was about creating a story with ginger-haired people at the basis. Gosh is a symbolic video with albinotic people and takes place in the city of Tianducheng in eastern China – a ghost-town which is a Paris pastiche. JAMIE XX shared his enthusiasm with this video by stating:

‘One of my favourite music videos. I’m so happy that my music inspired him to make something this incredible for Gosh…’