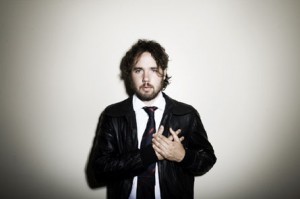 BROKEN SOCIAL SCENE founder KEVIN DREW has announced new solo material and shares the track Mexican Aftershow Party with his fans. DREW‘s second solo work Darlings will be released on 17 March via City Slang in Europe and on 18 March via Arts & Crafts in the US.

As this happens his main band, the indie rock collective BROKEN SOCIAL SCENE, is still taking a break.

The first solo work of the Canadian musician, Spirit If, came out in 2007. He took his time but what came of that is quite good. Listen to Mexican Aftershow Party below.