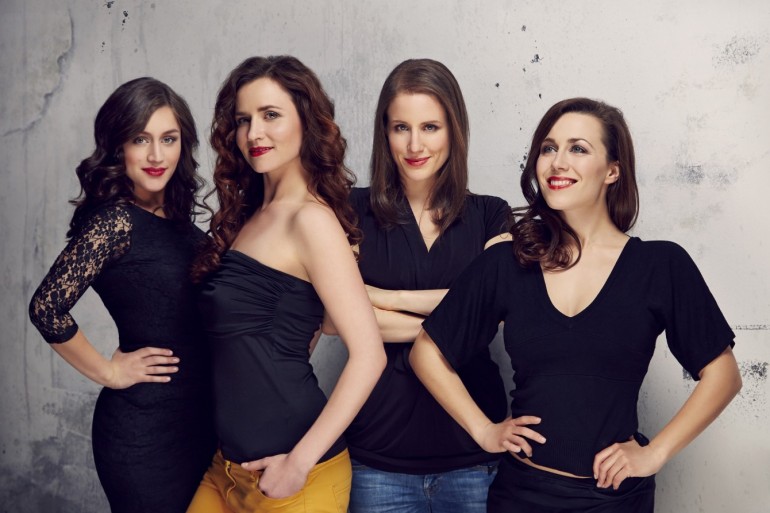 Today we’ve got something rather unusual for you: A video premiere with which no current album is to be promoted, music from four female a capella voices, a cover of a NINA SIMONE classic and a clip that helps firing up your synapses a little. First things first: The song this is about is Sea Line Woman a folk traditional originally from Bob Sinclair but most famous for its NINA SIMONE cover. It’s presented in a fresh version by the Mannheim-based a capella quartet LES BRÜNETTES who put this tune on their 2014 released album A Woman Thing. But just now, its got visualized as well: Director Lucian Paterman from iOver staged the clip which is premiering here today. LES BRÜNETTES themselves did a little explaining what it’s all about:

Nina Simone’s version of ‘Sea Line Woman’, is exciting for us in two ways: One, it’s pretty modern sounding due to its pumping beat. Two, we asked ourselves what it’s really about: Is it about rich and poor? About the balance of power between men and women? Prostitution? Loneliness? Simone’s singing is also reminiscent of the field-holler songs of the slaves. So it’s an explosive mixture without a definite answer. Together with Lucian we tried to give these different perceptions of women a face and put ourselves in their shoes while still preserving the big questionmark. Because, roughly speaking with René Magritte: A picture is just a picture.

We’ll just leave you with that and without further ado here’s the clip for your viewing pleasure. LES BRÜNETTES‘ A Woman Thing is out via Herzog Records.