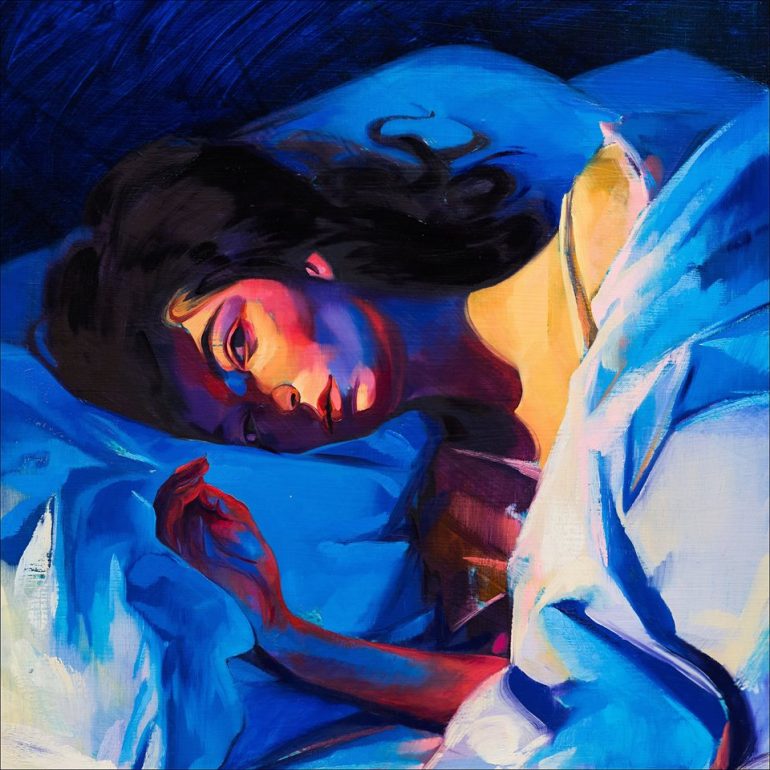 Following quite creative ways of teasing its release over the past days, New Zealand pop sensation LORDE has finally unveiled her anticipated new music video Green Light recently. It’s the first teaser off her second studio album Melodrama, out on June 16 via Lava Records/ Republic. What you see above is the fancy artwork, painted by Sam McKinnis.

According to a new interview, Green Light is about the singer’s ‘first major heartbreak’ which happened somewhere in the past four years. She furthermore adds:

‘The song is really about those moments kind of immediately after your life changes and about all the silly little things that you gravitate towards.’

As LORDE realized in the progress of writing the song it’s also one about a ‘drunk girl at the party dancing around crying about her ex-boyfriend who everyone thinks is a mess’ and so it made sense to put that in video form. Grant Singer directed the Green Light clip which is packed with a lot of fancy dance moves by the charismatic artist.

As a second track off Melodrama the singer has also shared a tender short ballad called Liability which is up for stream below as well as Sober and the album’s closing track Perfect Places. Find them all right here.