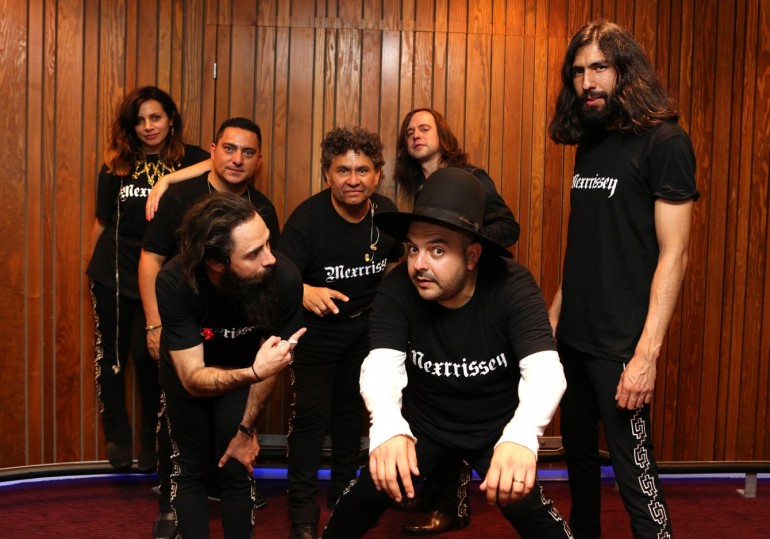 In case you didn’t know now but there’s a Mexican MORRISSEY/ THE SMITHS tribute band called MEXRRISSEY which is covering tracks by the legendary in Spanish. After years of acclaimed live success in their homecountry the band is no finally releasing their debut LP No Manchester on March the 4th via Cooking Vinyl, filled with plenty of latin-music-influenced updates on some MORRISSEY classics. The Mozfather himself is a fan and the special relationship between him and his South American fans is well-known.

Leading man Camilo Lara on the connection between Mexico and Manchester: ‘I always thought that there were these invisible lines between what Morrissey and Manchester represents and what Mexico City and Mexican pop culture has. And if these are tiny coincidences, we’re making them a little bit bigger on this occasion with a concert of broken hearts and forgotten dreams.’ He furthermore describes the approach of MEXRRISSEY in the following words:

‘I think for the people that know these songs (which is probably everyone!), I’m sure that they will be amazed that the songs can go into these directions of cumbia and boleros and sound actually as if they were written in that style. We try to get a glimpse of the poetry in Morrissey’s work and to capture the irony, the anger and the happiness at the same time.’